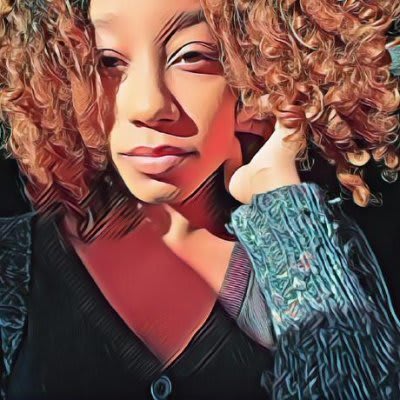 I've questioned myself a lot. I'll often wonder if I'm where I'm supposed to be in terms of where I'm at in my career. Am I messing up by learning this language or by having interests in this or that. I'm always telling myself I need to be immersing myself or get at least a bit familiar with testing, app security, dev ops, and other software engineering principles.

Am I writing clean, secure, efficient code? Am I becoming a more efficient problem solver? I want to become the a master wizard goddess of tech, how do I go about that?

On paper, I've done great things for someone with not even a few years of experience. I've given several conference talks on accessibility where people say they've learned a lot from, written tutorials people liked, and have taken ownership of features on both small- and large-scale applications. I've also been appointed front-end lead on a few things too. I've freelanced and also taken contract positions. I've also managed to not get fired for lack of performance or technical aptitude (lol).

I don't really have a way of measuring my success. I try often not to compare my journey to others because I'm prone to getting really competitive and over-worrying myself more than I want to.

What Am I Doing Currently?

What have I been doing lately? Well for starters, I've started writing a series of tutorials on JavaScript. I wanted the focus to be on the core fundamental concepts of language, no frameworks or libraries. I chose to focus my technical blogging on this because for one, I'm a frontend developer by trade. JavaScript is the necessary evil for web development and my goal is to always be good enough to be dangerous at something. How do you do that? By being somewhat bold enough to teach the fundamentals. If you can break something down in a way to where beginners can understand, that's an indicator that you know your sh#t.

What else am I doing? I'm learning Golang because I like to overwhelm myself for absolutely no reason (jk). But really I'm learning it because I've been really wanting to expand my skillset outside of front-end development. I know you're probably thinking why not just start building full stack apps with like Nodejs and Express? Yeah okay sure but dare to be different lol. (I have actually built a few side projects with Node and Express btw). I see languages as merely tools that all of have their strengths and weaknesses. I'm seeking to get familiar with a more statically typed language and also be able to really dive into the backend. I also spend the night reading a book on C the programming language to understand a little about the mother language that influenced the languages I use today. I don't currently aim to have knowledge in C...yet. I want to narrow my focus to just a few things when it comes to studies.

I’m honestly not too concerned with learning every language or framework. I care more about how to solve problems better, thinking about edge cases and how to be an even better contributor to any codebase I touch.

So About The Imposter Syndrome & The Potential Self-Sabotaging

I often think about how I've probably placed myself in a box or put limitations on myself because of my fear of not being good enough to do the job. I've turned down past opportunities because I've felt like I wasn't ready and think so many of us have had those thoughts. I don't often give myself the credit I need. This probably stems from past personal experiences where I had to strive for excellence and accept nothing less. I am my toughest critic. It's good to have standards but not to the point where you question your worthiness of being in this industry.

Do I consider myself to be a senior engineer? I try not to label myself. I usually do go for senior roles (because those are the ones who gives me interviews lol) and however they assess my value and fit me on the team is it how it goes. I usually think if I can do the job and do it well, then boom.

What do I want in my next role?

So because I've been a front-end developer my whole career, I sort of expect that my next role will probably involve that. But I'm really hoping to be able to dig into different parts of the stack and hone my backend knowledge. Sounds dope. I'm open to developer advocate roles because I basically do alot of the typical job duties already out of love (helping the developer community, giving talks, writing tutorials, etc) but ehh.

A Quick Note about Burnout & Why I've Been Studying Every Day

Ok, so I don't want you to think I'm some kind of a computer science addict who lives and breathes code and naturally studies several hours a day. In fact, I'm quite the opposite. You can check my backstory but essentially, I wasn't even introduced to what coding was until a few years ago. But when I discovered (and then months afterwards actually committed to it), I went wild with it. To the point where I've suffered burnout SO. MANY. TIMES. It got to the point where I shuddered at the thought of opening up my editor. I actually had to take a break for a few months. I just got back into the groove of things not so long ago and trying not to do it again. I study when I want to, which currently is a few hours a day. Okay lately it's been 6 hours a day on average but that's because I'm learning Go and it's so fun and I'm driven by the curiosity to learn a bit of about what goes into building scalable, fast-performing backends.

How I'm (attempting) to combat this:

I don't really know if this is an open diary entry or if I'm giving advice to be honest but if you felt any part of this post let me know. This is a first draft and I hit publish or else I probably would've scrapped this but I think this could potentially help someone else outside of myself. ## What Will I Do Next?

5 Small and Hidden React libraries You Should Already Be Using

Once suspended, taeluralexis will not be able to comment or publish posts until their suspension is removed.

Once unsuspended, taeluralexis will be able to comment and publish posts again.

Once unpublished, all posts by taeluralexis will become hidden and only accessible to themselves.

If taeluralexis is not suspended, they can still re-publish their posts from their dashboard.

Once unpublished, this post will become invisible to the public and only accessible to Tae'lur Alexis 🦄⚛.

Thanks for keeping DEV Community 👩‍💻👨‍💻 safe. Here is what you can do to flag taeluralexis:

Unflagging taeluralexis will restore default visibility to their posts.