This week in our data structure series.

We are tackling the stack.

What is a stack?

A stack is a linear data structure that stores items in Last-In/First-Out (LIFO) manner. In a stack, insertion, and deletion happen at the same end called "top of the stack".

If you want to remove the plate at the bottom, then your gonna have to remove all the plates on the top. Hence why it's called Last-In/First-Out. 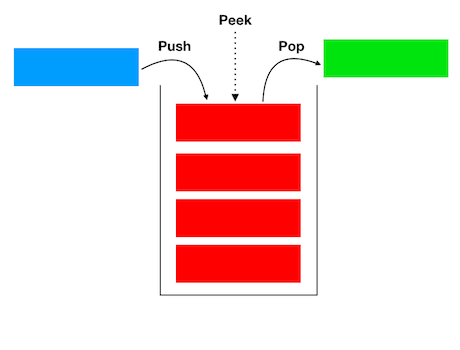 At the end of the day, a stack is an abstract data type, meaning that it can be implemented in many different ways but they all must comply with the same common functionality.

As we said above, stacks can be implemented mainly in two ways:

But keep in mind that a stack implemented using arrays are fixed stacks. Meaning they have a fixed size, however, because linked-list is not sequential, this gives them the advantage of being able to make a dynamic or limitless stack.

PS. You can bypass the array restriction by using a dynamic array.

We will now go through both implementations.

For the sake of simplicity, we will use a fixed-sized array. 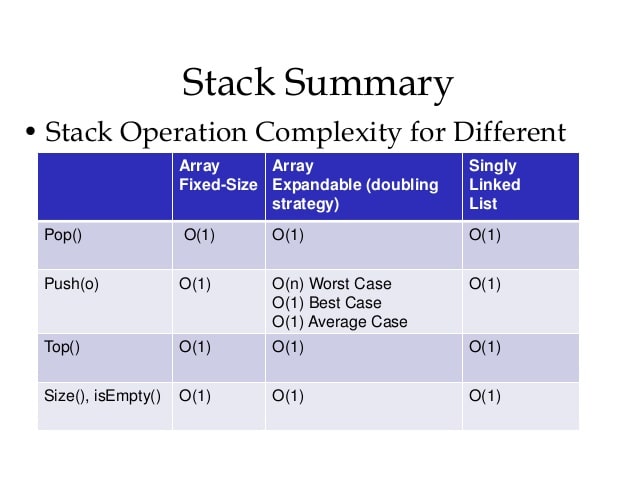 Because we have direct access to the beginning of our array or linked-list, we can directly append to the list. Making it a time complexity of O(1)

The same thing with the push, we simply remove from the top-most item, which we have direct access to the top of the stack. Making it a time complexity of O(1)

We have access to the top of the stack, so it's also O(1)

To search we are gonna have to go through each item sequentially, making it a O(n)

A stack is used in back and forward buttons of web-browsers.

PS. This is method is also used in tech editors for the undo/redo mechanism.

Compilers use the stack to calculate the value of expressions like 2 + 4 / 5 * (7 - 9) by converting the expression to prefix or postfix form.

3. To reverse a word

I hope you got something out of this post, and if you have any questions feel free to leave them down below.