As backend engineers, we really like our black boxes.

We don't enjoy getting into the nitty-gritty details.

One of the topics that backend engineers avoid learning are communication protocols.

Sure you know what is HTTP, and how it works on the surface level.

But do you know how packets get transferred?

Don't worry, it's not the end of the world.

In this article, I will go over one of the three main internet protocols, which powers the world wide web.

In this article you will learn:

What is the TCP protocol? 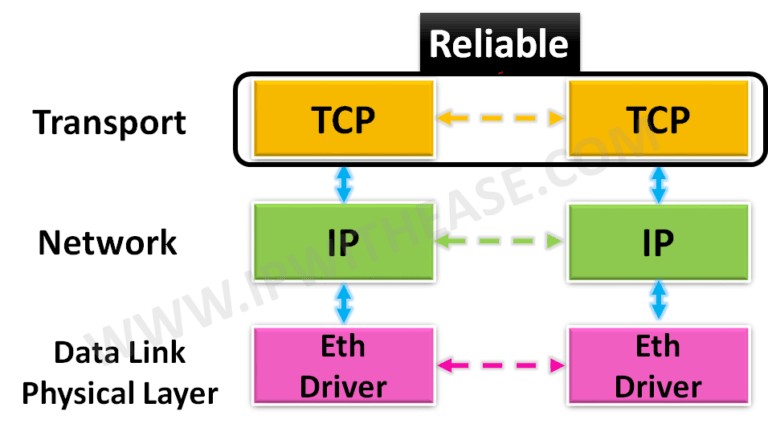 TCP which stands for transmission control protocol is one of the main protocols in the internet suite. It is used on top of the IP (internet protocol) to ensure reliable transmission of packets.

TCP fixes many issues that arise when you use IP such as lost packets, out of order packets, duplicate packets, and corrupted packets.

Since TCP is most commonly used on top of IP, it is referred to as TCP/IP.

Now that we know the basics of TCP, let us go a bit deeper and discuss the packet format of TCP.

The figure above shows the difference between the TCP and the IP packet. As you can see the TCP has a lot more fields in the header, this is made to ensure reliability.

Let us briefly go over each field in the TCP header: 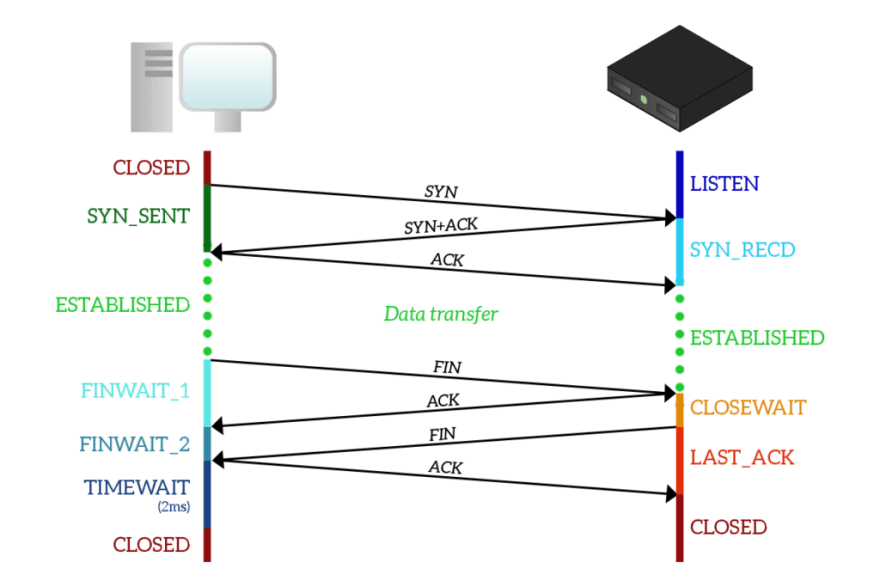 Let's go through the process of transmitting a packet using TCP.

Before we send data using TCP, we first have to establish a connection.

The client and server must know each other.

They go through a process known as the TCP three-way handshake.

Let's go through the process:

Now that the client and server are acquainted with each other, they are ready to send and receive data to each other.

This is essentially no man's land, but there are two very important rules that every request must follow:

Once the client and server are satisfied, the connection is finally ready to be closed.

Let's go through this process:

Now that you know most of the nitty details of the TCP protocol.

Let's go over some of the features that TCP provides us.

Every TCP connection must be stateful, meaning the client and server must know each other. This is both good and bad, it honestly depends on your application use case. Some apps need a stateful connection while others don't.

As we have seen in the previous section, every request must be acknowledged in TCP. We do this to make sure no packets are lost, and this helps us handle packets that are out of order.

TCP is pretty much used everywhere, but you would very rarely use it raw. Most of the time you would use another protocol that is built on top of TCP such as HTTP, Web Sockets, SMTP, FTP, etc...

Many developers feel overwhelmed by the sheer amount of protocols, but the secret is to study from first principles. Most of these protocols come up from either TCP or UDP, once you know these two, the others are simply variants that are easy to learn.

Thanks for reading, if I missed anything feel free to leave them down in the comments and start a discussion.

I Tested How Good Is ChatGPT When Describing Code