In this post, I will walk through how my team mapped performance characteristics for a web app we created for a customer, and how we picked between using just an App Service, a CDN (Content Delivery Network) and Front Door (all Azure Services). I will use a simple voting app in this blog as an example to compare the results. For our load/performance testing framework we chose to use Locust, an open source load testing tool, as it is scriptable and distributed, and very easy to deploy on Azure. Feel free to follow along for testing your own app!

Through load/performance testing, our goal was to determine the number of concurrent users and response times that our customer's application could handle. This would help us understand the bottlenecks and capabilities of the page speed, scalability and stability of the web app. We tested the time-to-first-byte speed for the web app as the key performance metric.

Before I move into the how and why of our top pick, I'm going to define the 3 solutions so you can better understand what we are comparing here.

How to Set up and Use Locust

You can use this deployment script to deploy the locust structure in Azure. If you already know how set up Locust and what the different metrics mean, feel free to skip this section! 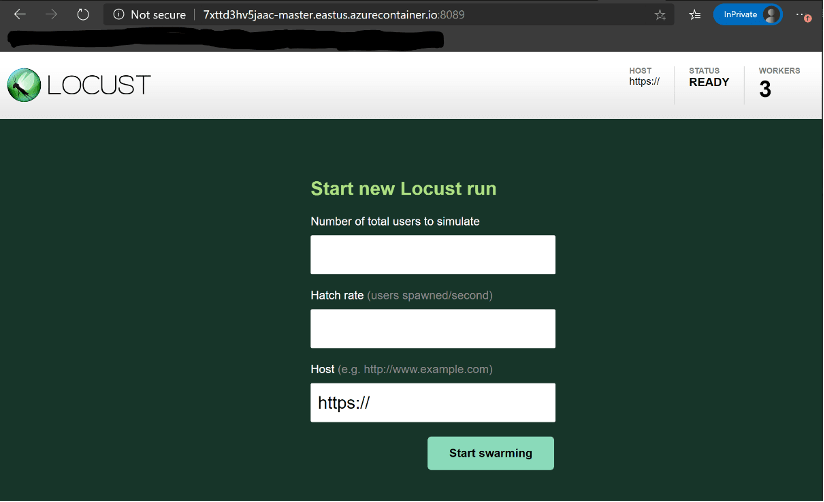 How to pick values:

After swarming for a while, your dashboard will look something like this:

These graphs can be downloaded using the download icon next to them.

You can analyze the graphs based on response and volume metrics.

Next, I deployed my app service in conjunction with front door. I used a terraform script written by my colleague to do so. Next, I added a CDN to my app service using this tutorial. For the purpose of this test, I removed all access restrictions for the app service, so that I could avoid the forbidden access (403) issues. I did this by navigating to the networking tab in my app service resource, and then removing all the access restrictions. You can follow along though these screenshots: 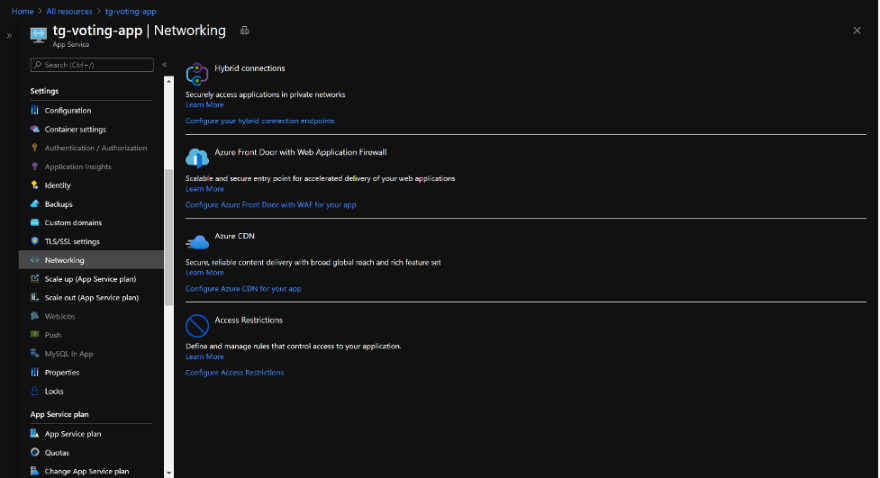 Once this is done, you should have 3 endpoints: an App Service endpoint, a CDN endpoint and a Front Door endpoint.

For our customer, we only tested 2 routes (/ and /about) based on how the web app was set up. For our purposes, to keep things simple, I am only testing 1 route (/). If you would like to test more than 1 route, feel free to edit the python script however you'd like by reading the locust documentation.

Comparing and Analyzing the Results

Some things to note here: 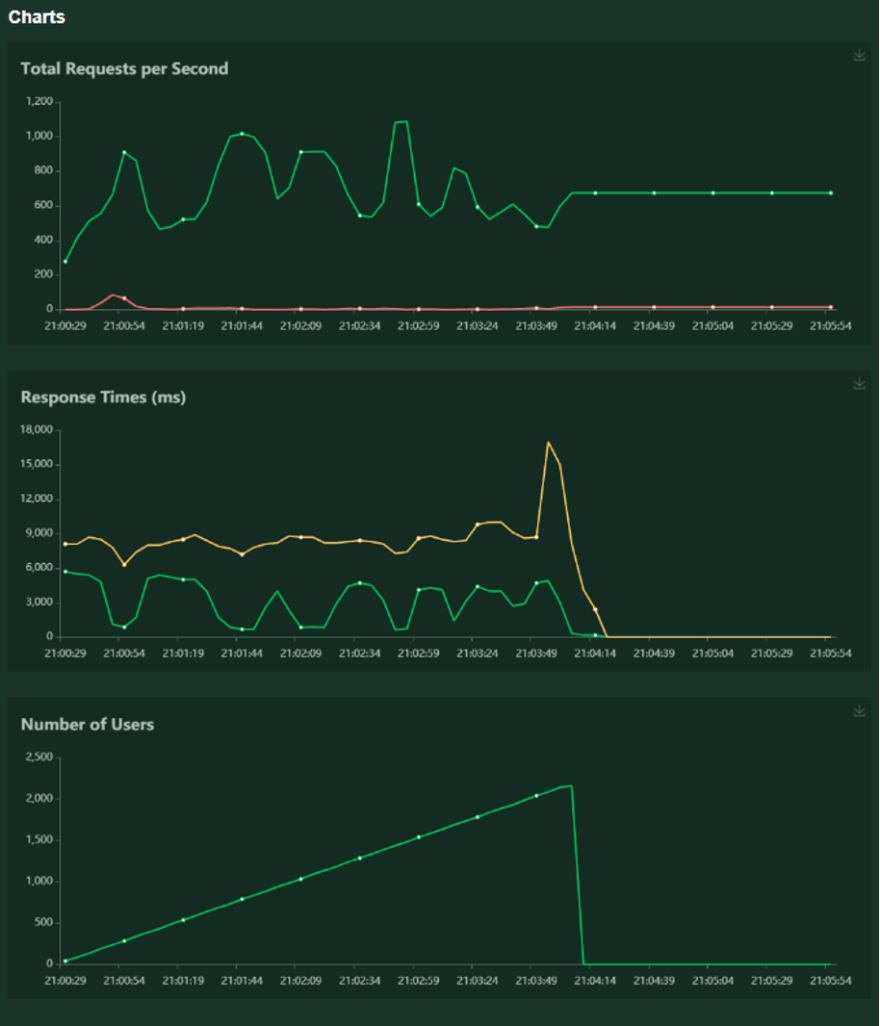 Case 2: App Service with a CDN 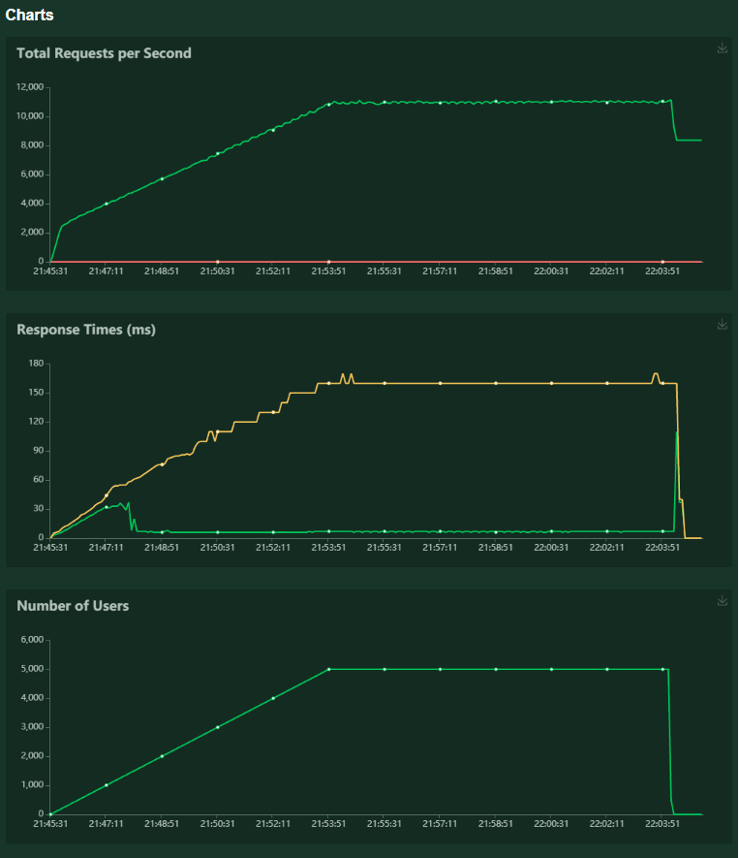 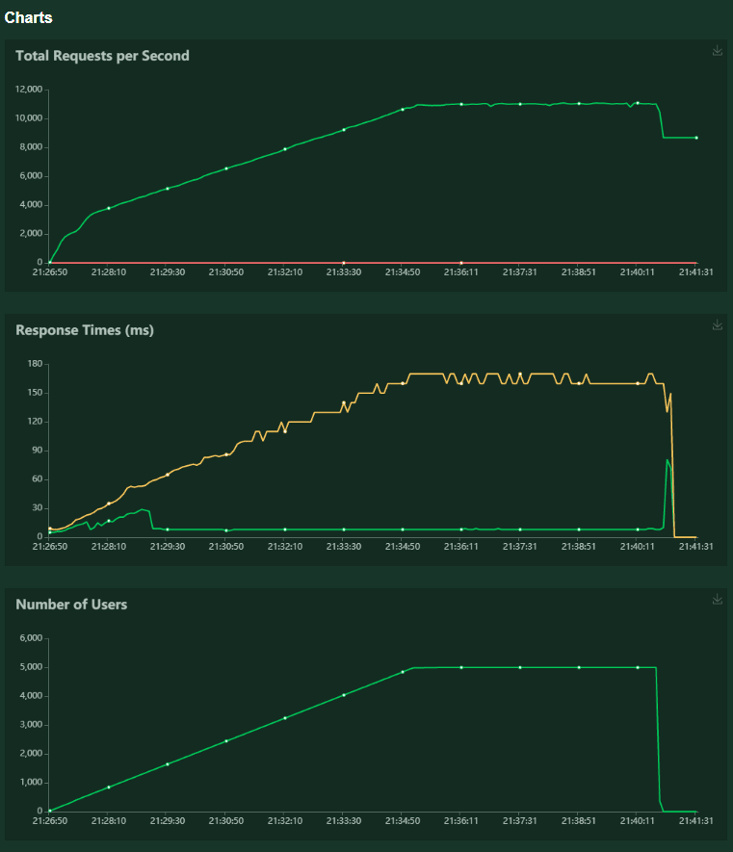 If you have been following along with the set up, deployment and running test, the next step is to analyze our data and understand the metrics we use to measure performance. For my particular example, I will be looking at the response time, error rate, requests per second and peak response time. Before we dive into the comparisons, here are some benchmarks and explanations for comparison: 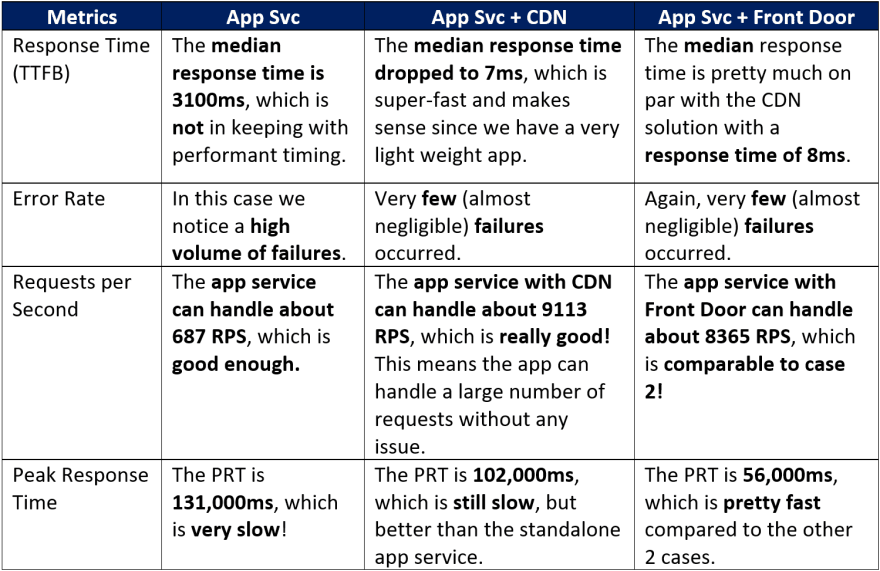 What do the errors mean?

As we can see in the analysis section, the app service performs quite poorly by itself with poor average TTFB, many failures, high peak response time and (for a lightweight application) low requests per seconds. On the other hand, the CDN and Front Door solutions perform pretty much on par given most of the metrics. For our purposes, we picked Front Door because we needed a WAF (Web Application Firewall), which is still in preview for CDN.

I hope reading about how we went about performance/load testing is helpful in setting up your own testing practices! Please feel free to comment or DM me on Twitter (@itstavishi) with any questions, updates or comments you would like me to address!

Tavishi Gupta
Working on travelwithtern.com ✈️ | Former TPM, current SWE @microsoft 👩🏽‍💻 | Former Co-Founder & COO @samplyaudio 🎶
What text editor should I use? ⌨️
#programming #discuss #productivity
What was your win this week?
#discuss #weeklyretro
We are trending on Github, This is how we did it 🤯
#discuss #javascript #webdev #productivity

Once suspended, tavishigupta will not be able to comment or publish posts until their suspension is removed.

Once unsuspended, tavishigupta will be able to comment and publish posts again.

Once unpublished, all posts by tavishigupta will become hidden and only accessible to themselves.

If tavishigupta is not suspended, they can still re-publish their posts from their dashboard.

Once unpublished, this post will become invisible to the public and only accessible to Tavishi Gupta.

Thanks for keeping DEV Community safe. Here is what you can do to flag tavishigupta:

Unflagging tavishigupta will restore default visibility to their posts.