Nowadays, the web app codebase is increasing, and using a single script.js file to fit the entire javascript code in one file is not a good practice in terms of page load time.

Let's have a brief introduction about how a Modern Javascript Development Environment works.

We divide our entire project into multiple modules, then these modules can share data between them and make our code more organized and maintainable. Now what's great about modules is we can use third-party modules within our application. There are various packages shared on the NPM repository which can be used e.g. React, Leaflet and etc. NPM stands for Node Package Manager because it was originally built for Node.js and for Node.js However, NPM has established itself as the goto repository for all kinds of packages in Modern JavaScript Development.

So basically NPM is both the repository in which packages live and a program that we use on our computers to install and manage these packages. So let's say that we are done writing our project code, we divided it into multiple modules and we included some 3rd-party modules as well. And so now the development step is complete. Now, this is not the end of the story. At least not when rebuilding a real-world application.

Instead, our project now needs to go through a build process, where one big final JavaScript bundle is built. And that's the final file, which we will deploy to our web server for production. So basically it's the JavaScript file, that will be sent to browsers in production. And production simply means that the application is being used by real users in the real world. Now, a build process can be something really complex, but keeping it simple here and can be divided into two major steps. And the first step, we'll bundle all our modules together into one big file. This is a pretty complex process that can eliminate unused code and compress code as well. Now, this step is super important for two big reasons. First, older browsers don't support modules at all. And so code that's in a module could not be executed by any older browser. And second, it's also better for performance to send fewer files to the browser, and it's also beneficial that the bundling step compresses our code. But anyway, as the second step, we do something called Transpiling and Polyfilling, which is basically to convert all modern JavaScript syntax and features back to old ES5 syntax, so that even older browsers can understand our code without breaking. And this is usually done using a tool called Babel. So these are the two steps of our build process, and after these two steps, we end up with that final JavaScript bundle, ready to be deployed on a server for production.

Now, of course, we don't perform these steps ourselves. Instead, we use a special tool to implement this build process for us. And the most common build tools available, are probably Webpack and Parcel. And these are called JavaScript bundlers because well, as the name says they take our raw code and transform it into a JavaScript bundle. Now Webpack is the more popular one, but it can be really hard and confusing to set it up. So that's because there's a lot of stuff that we need to configure manually, in order to make it work properly. Parcel, on the other hand, is a zero-configuration bundler, which simply works out of the box. And so in this bundler, we don't have to write any setup code, which is really amazing.

Oops, Probably it wasn't a brief introduction. But let's now deep dive into the topics step by step

1. Overview of Modules, Importing and Exporting in ES6 Modules

Let's understand this by the example of Car. 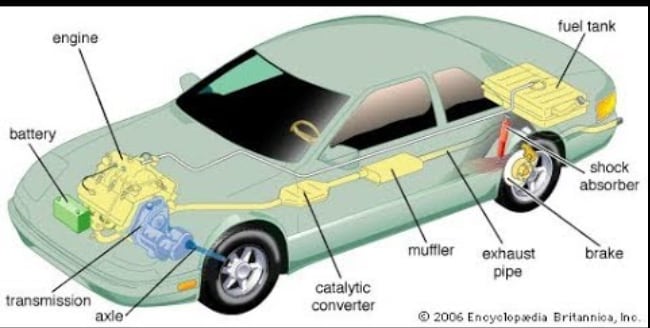 There are various components of Car which are built in isolation, where each component has its own functionality. These all when combined with their functionalities and working make a complete Car in working. In the same way, modules are small reusable components that can be imported and exported between them and combined to form a bigger application.

Now let's know what's the difference between a module and a script.js file 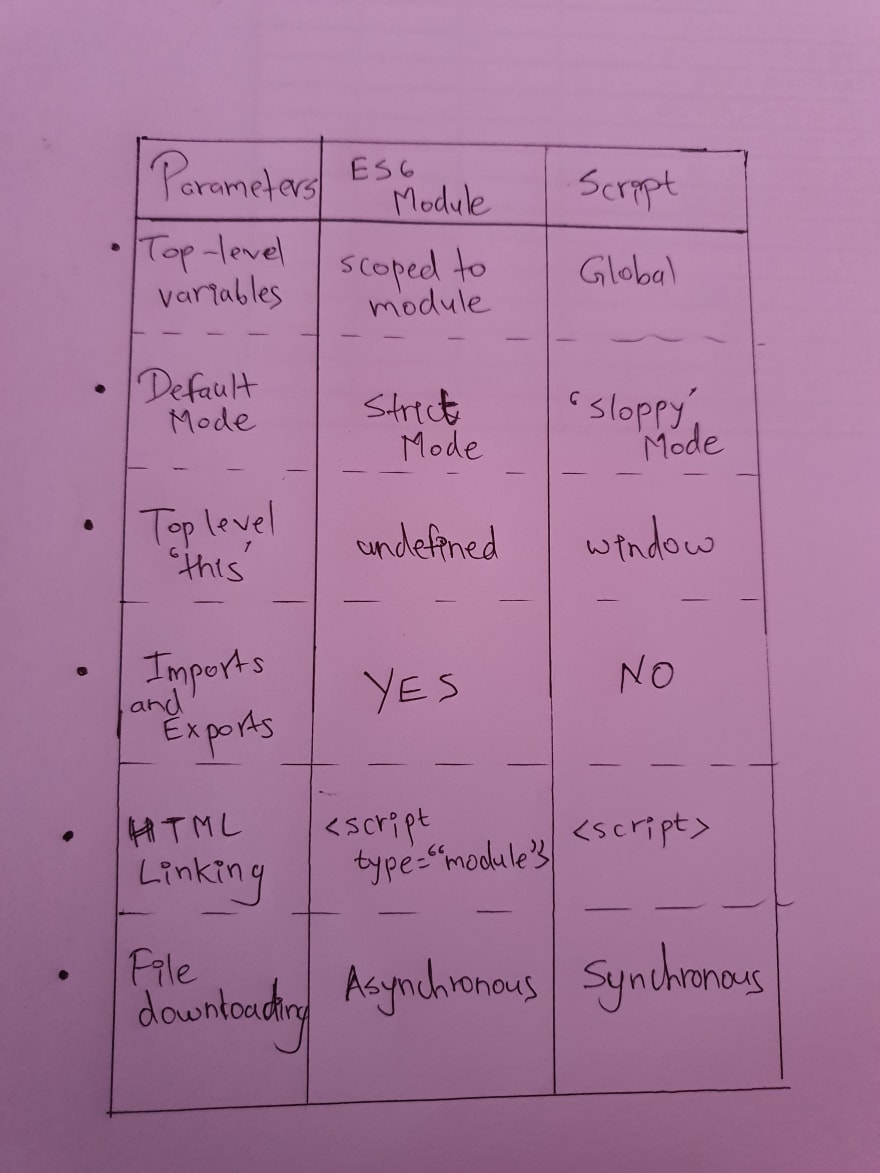 Now let's take a look at Behind the scenes: How ES6 Modules are imported

In the above example, let's understand the parsing of index.js file step by step:

Few things to keep in mind,

How to Use Import and Export in ES6?

To make objects, functions, classes, or variables available to the outside world it’s as simple as exporting them and then importing them where needed in other files.

We can export members one by one. Members which are not exported won't be available outside the module.

Or we can export desired members in a single statement at the end of the module:

You can also give aliases to exported members with the as keyword:

You can define a default export with the default keyword:

Importing is also very straightforward, with the import keyword, members to be imported in curly brackets and then the location of the module relative to the current file:

You can also alias members at import time:

You can import everything that’s imported by a module. This allows us to access members with dot notation :

Importing a module with a default member

You import the default member by giving it a name of your choice. In the following example Cart is the name given to the imported default member:

Along with the default one you import non-default members like this:

OMG !🤯 This was a very long explanation. I hope you understand

Now as development of a project is completed, modules are coded with their functionalities. Let's move forward with NPM.

NPM is a package manager for Node.js with hundreds of thousands of packages. Although it does create some of your directory structure/organization, this is not the main purpose.

The main goal, is automated dependency and package management. This means that you can specify all of your project's dependencies inside your package.json file, then any time you (or anyone else) needs to get started with your project they can just run npm install and immediately have all of the dependencies installed. On top of this, it is also possible to specify what versions your project depends upon to prevent updates from breaking your project.

It is definitely possible to manually download your libraries, copy them into the correct directories, and use them that way. However, as your project (and list of dependencies) grows, this will quickly become time-consuming and messy. It also makes collaborating and sharing your project that much more difficult.

Tip: While uploading your code to Git or copying it from some source to destination, never include node_modules folder. There is no sense to move that folder as all the dependencies can be installed just by npm install.

Hopefully this makes it more clear what the purpose of npm is. As a Javascript developer (both client-side and server-side), NPM is an indispensable tool in modern and huge applications workflow.

Now after installing all dependencies, we can't run the file index.html in browser. As browser doesn't understand modules. We need to convert these entire modules to scripts this process is called Bundling

There are various tools for Bundling, Webpack and Parcel are most used. Webpack requires a config file to setup the configurations but Parcel doesn't require configuration.

Let's move further with Parcel and how it is used?

As Parcel is a development tool we install it as a dev dependency like this:

It gets added to the package.json file as:

Now it's time to use parcel for bundling we run following command: 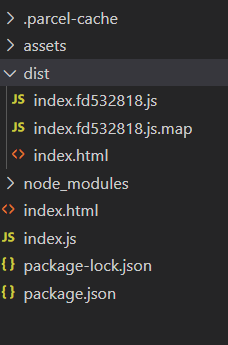 It gives us a deployed server address like in terminal Server running at http://localhost:1234

Now whenever we change modules and save them, the server gets auto reloaded, due to which states are lost of the file. So to overcome this, Parcel includes a feature of Hot Module Replacement. Hot Module Replacement (HMR) improves the development experience by automatically updating modules in the browser at runtime without needing a whole page refresh. This means that the application state can be retained as you change small things. This will only apply in development; HMR is automatically disabled when bundling in production mode.

Parcel is also smart enough to find path for the importing modules. This works for all types of assets like css, sass which means:

Now there's another way to run the scripts instead of everytime giving command parcel index.html.
We automate this by adding scripts to the package.json file according to our needs.

Now there's a doubt that all ES6 features which we might have used in our scripts like arrow function, or spread operator, or let, const etc., these are supported by modern browsers what about the old ones, our application won't run on them?

No, it's not like that, our bundle will work for all types of browsers. This is because Parcel has built-in transpiler named Babel which converts ES6 specifications to ES5. You can have a look at functions in bundled scripts how arrow functions are converted to normal functions and used. All the unused characters like spaces are removed and a minified version in created and unused code is eliminated.

I hope it wasn't boring enough!

If you have read it till the end, you must have understood extremely well. Don't forget to follow me on Twitter.

If you find it useful do share it with your friends.

I will be posting more such articles. Thanks for reading it till the end.

Once suspended, tech_nikkhil will not be able to comment or publish posts until their suspension is removed.

Once unsuspended, tech_nikkhil will be able to comment and publish posts again.

Once unpublished, all posts by tech_nikkhil will become hidden and only accessible to themselves.

If tech_nikkhil is not suspended, they can still re-publish their posts from their dashboard.

Once unpublished, this post will become invisible to the public and only accessible to Nikhil.

Thanks for keeping DEV Community 👩‍💻👨‍💻 safe. Here is what you can do to flag tech_nikkhil:

Unflagging tech_nikkhil will restore default visibility to their posts.