My colleague Zvonimir Ivanetic recently noted in TECHniques Issue 1, 2018: DevOps for the Mainframe and in the 2018: Issue 1 Enterprise Tech Journal article: Win-Win: Mainframe and DevOps (http://ourdigitalmags.com/publication/?i=484809) that “Continuous testing is required for DevOps success. Faced with increasingly complex applications delivered at dramatically faster speed, software testers have the potential to be the bottleneck that determines if a DevOps initiative fails or succeeds. To implement full DevOps, the testing process must be automated and transformed to happen continuously.”

In this article, I’d like to dive deep into why automated screen testing for mainframe applications is a vital element to ensuring your DevOps success and introduce Software AG’s Natural Screen Tester.

The role of testing in DevOps

DevOps is about delivering better software faster to meet the end users’ needs. Automated testing is instrumental to ensuring the quality of the software and is needed to overcome the significant pitfalls of manual testing. Manual tests are often plagued by high costs and lengthy testing time. Test cases were typically not documented and, with the retirement age of many programmers rapidly approaching, the ability to build on results of the past is rapidly eroding. The results tended to be error prone and the percent of code coverage and test were low.

Software AG’s Natural Screen Tester automates testing and thus dramatically reduces the level of effort required to ensure application functionality. By testing at the User Interface (UI) level, Screen Tester goes beyond component testing to ensure that the application is working correctly from the end user’s perspective. Thus, the tests also cover the UI code, which is 5 to 10 percent of application code, for rules and screen navigation that call tested business objects. Unless you test on the screen level, the software components (for example, tested in NaturalONE) may work but no one knows if the application is correctly working for the user.

There are a vast number of test tools on the market that test at different levels and for different goals. Some only compare characters on the screen to a standard visual. Natural Screen Tester tests what is happening on the screen at the business level for any programming language (i.e., Natural, Cobol, RPG, Fortran, PL/I, Assembler) on the terminal protocols supported in Table 1.

Screen Tester allows you to:

Let me demonstrate with a Human Resources (HR) application example. In the HR app, I go to certain screens and enter the input data for adding a new employee. Then, at the end, I check to see if the employee has been entered correctly into the system. To test this, I store the input parameters and the output parameters in a separate test data file. The same test can run multiple times against multiple test data files.

Screen Tester simulates the business user by feeding input data into the business objects then compares the results of the business function against the output data expected. The decision to only focus on input and output data in the test was driven specifically by customer requirements. If every character on the screen was to be compared (i.e., tested), the UI definitions would need to be very detailed. By only testing what is important—input and output—we have saved a tremendous amount of time and cost by eliminating the need to detail entire screens prior to test runs. This approach enables the user of the tool to determine what is important. With automated screen-based testing, you will spend less time doing routine tasks and release software faster.

Automate once and done

When new functionality is introduced into an application, you cannot get away with only testing that new element. You run a tremendous risk of not knowing what impact that one change may have on the remainder of your code. To increase your test coverage, you need to retest all of the previous code changes as well. This may require you to run thousands of tests before you can be truly certain that the system maintains the same quality and stability it had before a new change is introduced.

To do this manually is very expensive and error prone. In the past, people typically tested again and again when new functions were added. Obviously, this gets boring and thus the process

becomes error prone. Testers may overlook that a certain result of the business function is not correct—they just don’t see it. Today, you may not even be able to replicate those previous tests as they likely were not documented and the experts who conducted those tests may have retired or moved on to other organizations.

With manual testing, we just don’t have the capacity to re-run all of the tests done in the past. This is where the value of automation comes into play. If I can prove that all of the tests that were done (manually) previously are still working, then I can prove the application is still in a stable state after the latest change.

Through automation, you can simply reuse the tests created in the past and re-run for near total code coverage. 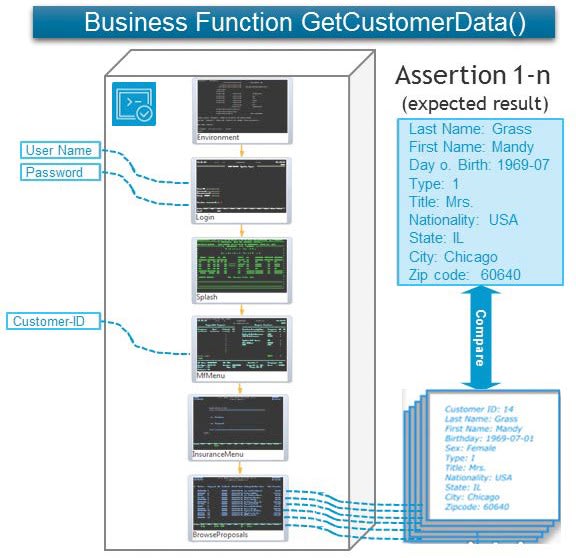 The idea behind automated testing is that testing is set up when new functionality is introduced and done only once (see Figure 1). By automating the test, the test is “canned” meaning it is conserved and redone in a fully automated environment. This is the main purpose of automating tests, to be certain that the system was not broken by making one small change.

There are a couple of ways to ensure automated testing works for your enterprise. If you are satisfied with using static tests for certain functions, then simply store input/output parameters in JSON™ files, Microsoft® Excel® or CSV format. By using a source control system such as GIT, you can keep all versions together with certain test data. The code of the application is checked into the source control repository and the test assertions are checked in as well for the same application code version with the associated test.

Another option to using static “test assertion” is to directly compare the results with data from a database or web service. This approach makes sense if rules change or the application lives in a world where change is the default. For example, by keeping test data separate from the tests you can change the data (e.g., VAT values) without having to change the test itself.

Creating a test bed of scenarios goes a long way to securing testing know-how, typically done by people who do it by heart, and giving your testers more time to do more exploratory testing. Automate testing is not about replacing testers it’s about not wasting their time on routines and securing institutional knowledge.

Our goal with developing Screen Tester was to build portable, executable test cases that can be shared across teams and environments by recording green-screen applications and auto-converting them into unit tests. It records the tests once and provides input files to run the tests using different set of inputs to test all possible combinations. Since the tests are in Eclipse™, they can be run quickly and the results are visible. Here is how Screen Tester works.

Start your terminal session within the testing tool. Connect to the host-application using a direct TCP/IP connection. In the case of Screen Tester, the work environment should look very familiar as it is based in Eclipse. 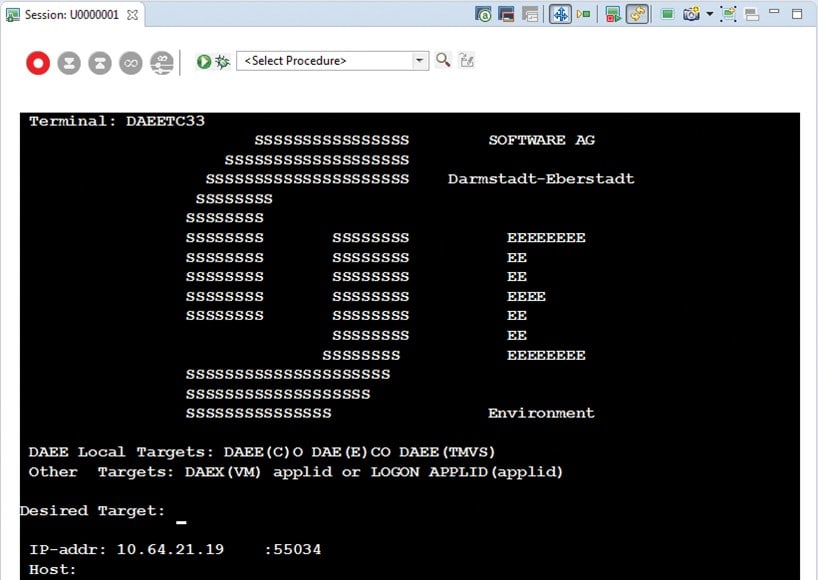 Fig 2: Start a terminal session and record the screen flow.

Record the screen flow you want to turn into a Unit-Test. Capture the screens and inputs fields used in the navigation flow.

To evaluate Screen Tester, simply ask your Software AG representative for a test contract. Screen Tester can be installed with Software AG Installer (available in Empower). Training videos for quick-start and self-study are included with installation. Online training course to become an Advanced User can be booked for October 2018. 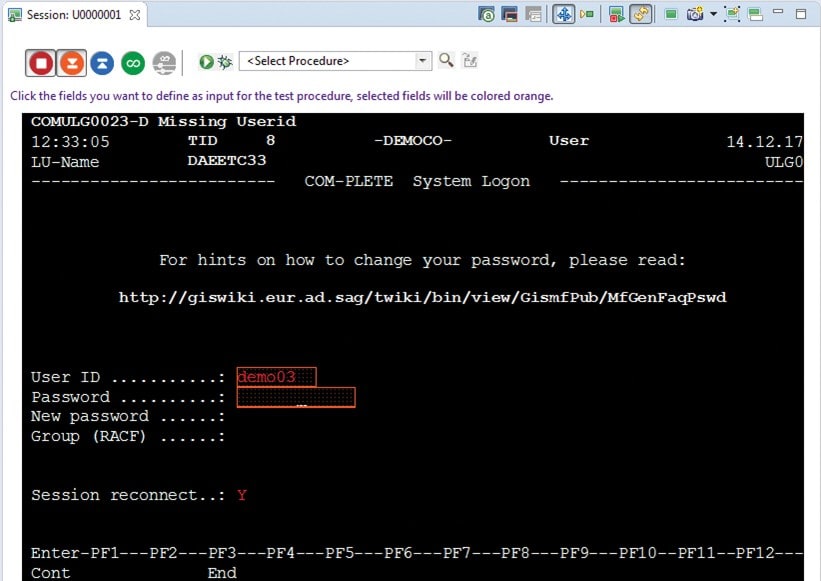 Fig 3: Enter the data you want to use as inputs

Identify the data you want to use as “inputs," which can be dynamic, in your test case. Screen Tester will let you easily select the fields to be used as “inputs” out of a suggested list of potential fields already marked in your application. 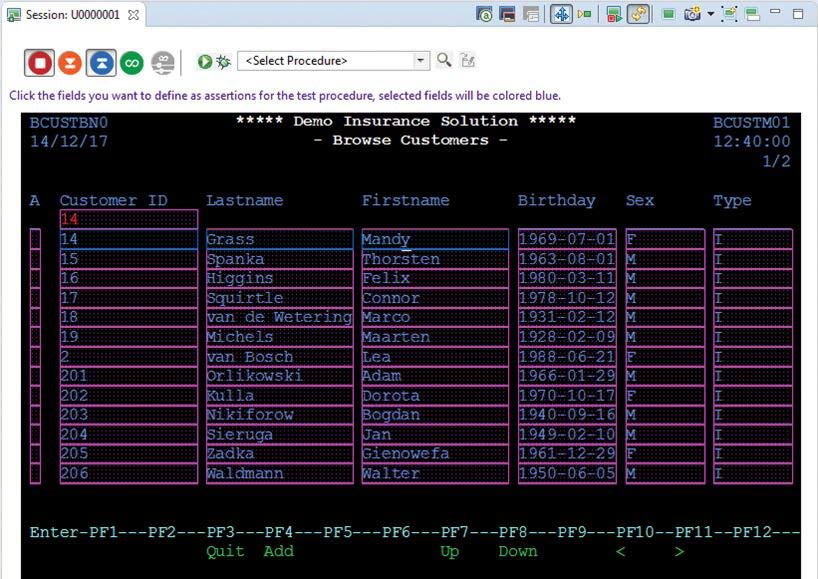 Fig 4: Select the_ fileds _to be used as "assertions" out of a suggested list.

Identify the data you will want to use as “assertions." Easily select the fields to be used as “assertions” out of a suggested list of potential fields already marked in your application. 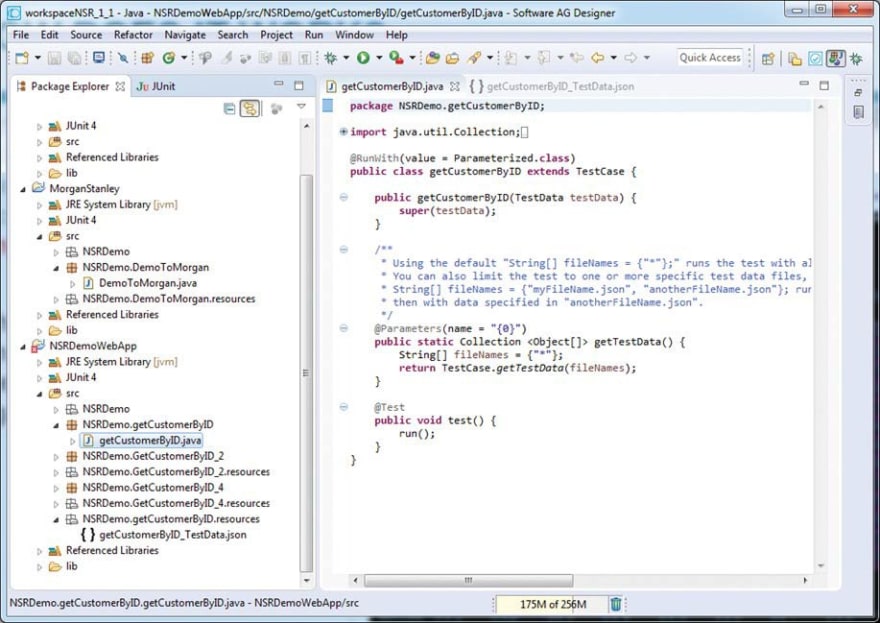 After the test case has been created, you can generate it as a Unit-Test. Then execute it to compare the runtime data received against an expected result data. Screen Tester lets you create multiple sets of different inputs to be compared with different sets of expected results that run in the same test case multiple times. It also integrates with your Independent Development Environment (IDE) and build environments such as Jenkins®.

Testing is an important part of the development of mission-critical applications. Don’t just test what you’ve implemented; remember there are many other areas can be impacted by your change. Be sure to test it all of your application. Thanks to automated testing, it is no longer too expensive to make testing part of your development process.

The benefits of automated screen testing are numerous. Whether you are addressing: small code changes to address business or regulatory changes; moderate changes while modernizing your applications; or significant changes when re-hosting your application to a new platform, relying on automated testing will help you achieve your goals within a reasonable cost and

timeframe. With Screen Tester, integrated with DevOps, you can:

DevOps is really about getting software out to the end user fast and right. After the software is developed, integration testing is best case, fully automated. Automated testing that strikes the proper balance between ensuring functions operate as required and the user output is correctly delivered is vital to your overall DevOps success.

To evaluate Screen Tester, simply ask your Software AG representative for a test contract. Screen Tester can be installed with Software AG Installer (available in Empower). Training videos for quick-start and self-study are included with installation. Online training course to become an Advanced User can be booked for October 2018.

Terraform by a Movie example🎦

Once unpublished, this post will become invisible to the public and only accessible to tonipetov.

Thanks for keeping DEV Community 👩‍💻👨‍💻 safe. Here is what you can do to flag techcommunity:

Unflagging techcommunity will restore default visibility to their posts.