A year ago I built an e-commerce API with Flask and consumed it with React on the frontend. It was the first time I built a web app like that where the frontend and backend were very separate because before I would use templating engines like Jinja for Flask and Handlebars for Express. Those were the times when I just started programming, I was so full of energy and very ignorant sometimes. I remember seeing a meme or statement like this: 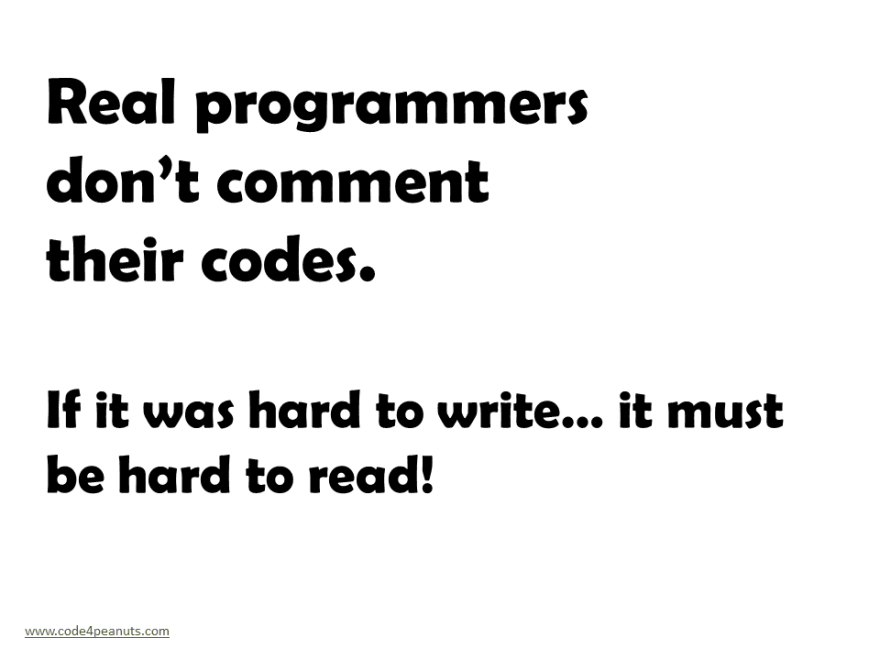 Back then I used to follow this statement to the core. If someone had asked me later then what a specific line of code did then I would totally utter out the logic in an instance, as the code was still fresh and flowing through my brain cell networks.

Later about 8 months I started to gain interest in building APIs with express so the first thing I did was well try to build a similar e-commerce API with express and not Flask. I opened two editors side by side. One with Flask the other an empty express API. The idea behind this was to sharpen my express API skills, if I can translate a Flask API to express then I am golden.

An hour through the Flask API code, I was like what kind of sorcery is this:

So I took a break, and then I thought I probably wrote something about these endpoints on Postman. This was definitely the expression I had on my face:

I used to save a Postman collection with just plain endpoints nothing to say what they do or need. I did not know which endpoints needed authentication and going through the Flask API was a mess, from variable names to class names. There was a variable I named c What was I doing? I quickly closed the Flask API editor and Postman.

I never opened the API again and the reason was due to lack of documentation.

How can you document your code?

It's actually simple, you can document your code in various ways:

Advantages of Documenting your code

Postman is not the only tool that you can use to document your API, there is:

In this article, we were able to:

On the next article, I will focus on Github documentation from PR to commits.

How do you identify "over-engineering"?

wachira_Dev
Full-stack dev 😎💻, not a great gamer 😁🎮 always there to help.
Why React Native and Electron.js are here to stay.
#react #javascript #watercooler #discuss
Best JS framework for beginners (again 😅)
#discuss #angular #react #vue
Is there a manual task in your life that you have automated which now saves you time?
#discuss #help #thanksgiving