Why should you read this article?

I had a chance to meet a few friends when they first started working as a frontend and I found that most of them had the same problem: Writing logic in state management was too complicated, leading to code that was both confusing and difficult to debug.
Usually, after such reviews, I'm the guy who deletes all that code to have a leaner version, so hopefully, through this article, everyone will learn a few skills when writing state-management code.

⚠️ In the context of this post, I will only focus on most of the Frontend frameworks today (React, Vue, Sveltve, Angular,...) Usually, I use React as an example, but most of the others will be similar. because [state management is framework independent](https://thanhle.blog/blog/guide-to-choosing-state-management-library-for-your-next-project)

State - the particular condition that someone or something is in at a specific time.

When does the state change?

To write a clean state, you must first find out what causes the state to change 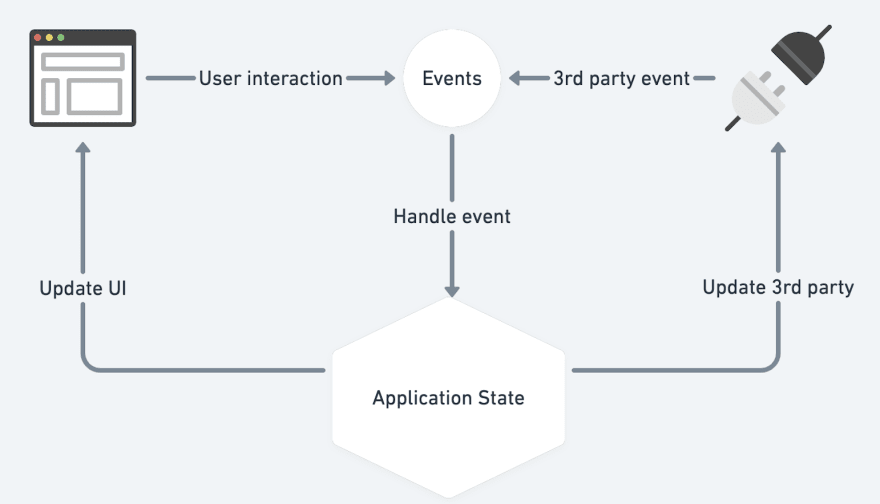 In an application, there are 2 things that can change your state

Normally, the flow of writing the state that I often see will follow a structure like this:

It is possible to re-example that flow in the case: Filter the list of Done tasks as follows

If people learn about the data maker, it will call this flow: ETL - (Extract - Transform - Load). You Extract data from the event, transform it into the required data, then load it into the state

What's the problem with doing ETL in the front-end?

When there are multiple events combined to produce the same UI output.

Imagine with the original Todo list example, I need to do more Search todo list features. Now our state will be

Since most of the software build process will follow Agile, which means creating incremental by each iteration, the case of completing the todo list with the Done/Undone filter and then adding the feature search todo is a common thing ☺️ . Don't blame any guy for not telling you to do it from the beginning.

Now you will see it is quite simple:

Do you see the problem here? Flow filter by status will be wrong because it only filter by status and drops filter by keyword. You are new to the project, you only know the task to do is add more flow search by keyword, but you do not know that the old flows also change the output when adding a new state this is also understandable! You only care the flow you just did: Search by keyword!

Ok, I saw the bug 🤡 so now it's good to combine it into a function. After that, if you need to add filter by XYZ, put it in that function and it's done, how many QA guys come in and poke 😎.

No, not that easy! Now add a case like this: In addition to the filtered todo list as required above, the user also wants to have an additional list containing only the todos whose priority is Important.
I'll call the flow I've been working on is flow 1 and the flow we gonna do next is flow 2

Now the flow code will look like in the picture. You need to calculate a new list to filter by priority according to the filtered results, there are 2 ways:

🚫 Don't try to attach Filter by Priority to flow 1 and always produce state 1 and state 2 because doing so will make your app even more confusing 🙃 because:

A good flow is one that clearly shows:

The problem in general 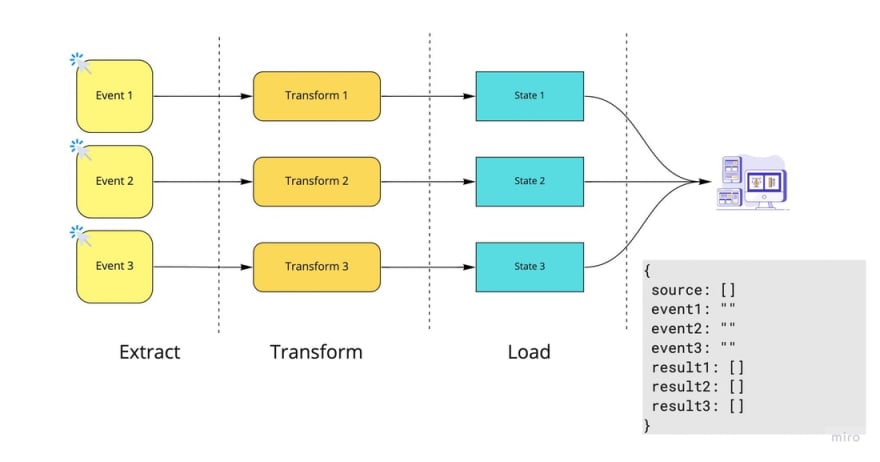 In general, you are handling the event independently, and for each UI need, you save a separate state for it. Doing so makes your code more difficult to extend, and also has to save more state like the example I mentioned earlier, but the more code, the more bugs 🐞

Now let's try to flip the steps between load and transform. Instead of transforming and then load it to the state, we can do the opposite. Load the state first and then transform it to render the UI

At this point, have you noticed that our state is a billion times more compact? By changing the order of running the flow, namely the transform to the last step and then taking that output to render to the UI, I don't need to save anything.

Let's go back to the original example and see it:

Every time one of the 3 inputs of the state above changes, the render function will run again transform function will calculate new result UI is updated

The change from ETL through ELT will make your code lean more and this also changes the Mindset of physician employment state: From thinking how to handle the event to  ***the calculated output based on the current state (Computed state)*

🪄 Only save the data coming from the event to the state, and do not save anything else in the state.

Once suspended, thanhlm will not be able to comment or publish posts until their suspension is removed.

Once unsuspended, thanhlm will be able to comment and publish posts again.

Once unpublished, all posts by thanhlm will become hidden and only accessible to themselves.

If thanhlm is not suspended, they can still re-publish their posts from their dashboard.

Once unpublished, this post will become invisible to the public and only accessible to Thanh Minh.

Thanks for keeping DEV Community 👩‍💻👨‍💻 safe. Here is what you can do to flag thanhlm:

Unflagging thanhlm will restore default visibility to their posts.