A few weeks ago I wrote an article all about mistakes that developers sometimes make when working with React component state. All of the examples I provided were using class components and the setState method. 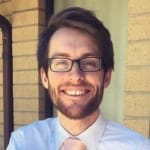 I was asked several times if these same principles applied to function components and hooks. The answer is yes!

By popular demand, in this article we'll explore those same concepts, but this time with function components using the useState hook. We'll look at three common mistakes and how to fix them.

When changing a component's state, it's important that you return a new copy of the state with modifications, not modify the current state directly. If you incorrectly modify a component's state, React's diffing algorithm won't catch the change and your component won't update properly.

Let's look at an example. Say that you have some state that looks like this:

And now you want to add the color "yellow" to this array. It may be tempting to do this:

But both of those approaches are incorrect! When updating state in a function component, you always need to use the setter method provided by the useState hook, and you should always be careful not to mutate objects. The setter method is the second element in the array that useState returns, so you can destructure it just like you do for the state value.

Here's the right way to add the element to the array:

And this leads us right into mistake number two.

2. Setting state that relies on the previous state without using a function

If you were to have, for example, a button that can be enabled or disabled, you might have a piece of state called isDisabled that holds a boolean value. If you wanted to toggle the button from enabled to disabled, it might be tempting to write something like this, using a value as the argument:

So, what's wrong with this? The problem lies in the fact that React state updates can be batched, meaning that multiple state updates can occur in a single update cycle. If your updates were to be batched and you had multiple updates to the enabled/disabled state, the end result may not be what you expect.

A better way to update the state here would be to provide a function of the previous state as the argument:

Now, even if your state updates are batched and multiple updates to the enabled/disabled state are made together, each update will rely on the correct previous state so that you always end up with the result you expect.

The same is true for something like incrementing a counter.

3. Forgetting that the setter method from useState is asynchronous

Finally, it's important to remember that the setter method returned by the useState hook is an asynchronous method. As an example, let's imagine that we have a component with a state that looks like this:

And then we have a method that updates the state and then logs the state to the console:

You may think that this would log 'Matt' to the console, but it doesn't! It logs 'John'!

The reason for this is that, again, the setter method returned by the useState hook is asynchronous. That means it's going to kick off the state update when it gets to the line that calls setName, but the code below it will continue to execute since asynchronous code is non-blocking.

If you have code that you need to run after the state is updated, React provides the useEffect hook, which allows you to write code that gets run after any of the dependencies specified are updated.

(This is a bit different from the way you'd do it with a callback function provided to the setState method in a class component. For whatever reason, the useState hook does not support that same API, so callback functions don't work here.)

A correct way to log the current state after the update would be:

Much better! Now it correctly logs 'Matt' as expected.

There you have it! Three common mistakes and how to fix them. Remember, it's OK to make mistakes. You're learning. I'm learning. We're all learning. Let's continue to learn and get better together.

If you'd like to check out some live demos for the examples used here (and more), visit http://tylerhawkins.info/react-component-state-demo/build/.

You can also find the code on GitHub.