Python has gained a massive amount of attention in the past 5 years. Anyone who is related to the development industry hears the word Python (the first thing that jumps in mind is programming language) instead of a snake. We are in 2022 and we should change the working trends and patterns we were following in the previous year 2021, Why? It helps to innovate and make the mind more productive. This is the reason every year we got 60k search count on python programming language, is python worth learning in 2022? (w.r.t years)

Here is why you should or should not learn python this year!

1. Python is a beginner friendly language. It is very simple to understand. Any non tech can learn this language.
2. According to 2021 development market python developers are taking high salaries from 72,000$ - 1,44,000$ per year as comparing with other developers.
3. Python is very popular because of it’s multi-platform integration as well as with other major and minor programming languages.
4. Thousands of Multinational companies and organizations are using python such as Uber, NASA, Instagram, NSA and many more.
5. Python is open-source so it has the most powerful and massive frameworks and libraries which are more secure and faster than most of the other languages. Such as, Pandas & Numpy for Data Science and Deep Machine learning.

1. Lack of logic in design programs.
2. Slightly slower than other major languages.
3. Python programs do not compile before execution instead under development you have to run it each time.

As we can see Python don't have any major issues for not eligible to be learned in 2022. I personally suggest every beginner to start learn Python as your basic machine language. 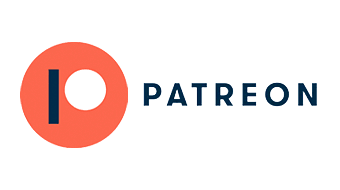 Once suspended, thehassantahir will not be able to comment or publish posts until their suspension is removed.

Once unsuspended, thehassantahir will be able to comment and publish posts again.

Once unpublished, all posts by thehassantahir will become hidden and only accessible to themselves.

If thehassantahir is not suspended, they can still re-publish their posts from their dashboard.

Once unpublished, this post will become invisible to the public and only accessible to Hassan Tahir.

Thanks for keeping DEV Community 👩‍💻👨‍💻 safe. Here is what you can do to flag thehassantahir:

Unflagging thehassantahir will restore default visibility to their posts.