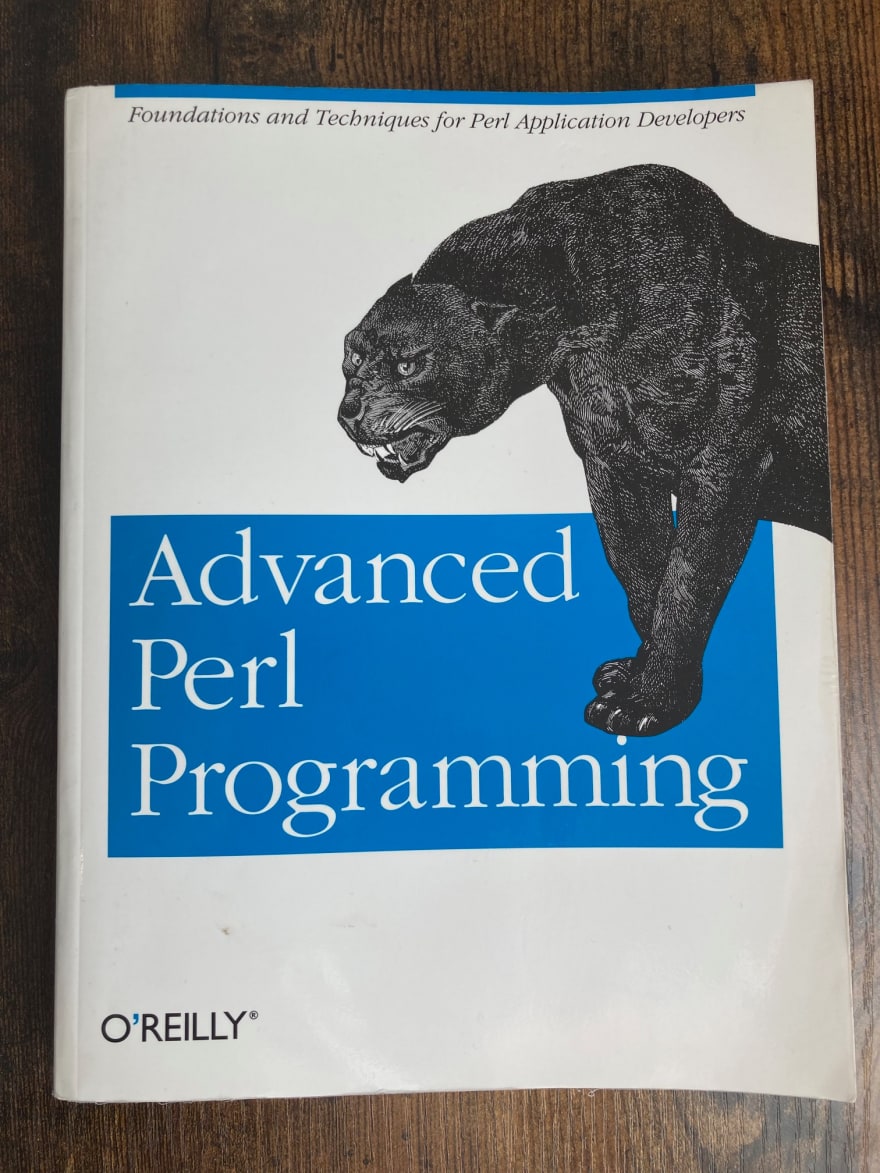 Advanced Perl Programming is a book from Sriram Srinivasan published in 1997 (ouch!).

It's old, if you're a Perl newcomer, don't read such old books (in addition that this book is not adapted to your level).

There is a second edition of this book but it seems a totally different book (different author). Also the Advanced Perl Programming: From Advanced to Expert from William Bo Rothwell seems a completely different book.

Advanced Perl Programming is old but interesting... but I have to admit that it is not consistent in quality.

I think this book is for "hardcore Perl programmers" 😀

Start of the book

It continues with advanced Perl topics (eval and modules).

These chapters give an overall feeling of cleanliness and deep research from author. Each notion is compared to other programming languages (Java, C++, Tcl) which is VERY interesting. In short I loved these chapters.

It makes me think the author is a senior developer and has made a nice research work :)

Middle of the book

I really less appreciated this part, it's about Object Oriented Programming, interfaces, persistence, templating... But if topics seem cool, it has flaws, it's based often on big pieces of imaginary code (not on CPAN) and/or old technologies. I can't say it's bad, but I definitely less enjoyed this part because also the style. Overall I think it's harder to follow because the ordering where code snippets are introduced is rough (e.g. The tetris chapter).

There are still interesting things to pick up in the middle of this, e.g. I enjoyed the chapter about "Tie" (chapter 9) and Persistence (chapter 10).

End of the book

Starting chapter 18, we are back to Perl internals (perl interpreter internals this time). Personally I'm interested in this and I found this part really great.

Five backend books you should read in 2021.

Use latexindent on macOS Big Sur