TLDR: If you don't want to understand the under-the-hood explanation, here's what you've been waiting for: you can use threading if your program is network bound or multiprocessing if it's CPU bound.

We're creating this guide because when we went looking for the difference between threading and multiprocessing, we found the information out there unnecessarily difficult to understand. They went far too in-depth, without really touching the meat of the information that would help us decide what to use and how to implement it.

By nature, Python is a linear language, but the threading module comes in handy when you want a little more processing power. While threading in Python cannot be used for parallel CPU computation, it's perfect for I/O operations such as web scraping because the processor is sitting idle waiting for data.

Threading is game-changing because many scripts related to network/data I/O spend the majority of their time waiting for data from a remote source. Because downloads might not be linked (i.e., scraping separate websites), the processor can download from different data sources in parallel and combine the result at the end. For CPU intensive processes, there is little benefit to using the threading module.

Fortunately, threading is included in the standard library:

You can use target as the callable object, args to pass parameters to the function, and start to start the thread.

If you've never seen if __name__ == '__main__': before, it's basically a way to make sure the code that's nested inside it will only run if the script is run directly (not imported). 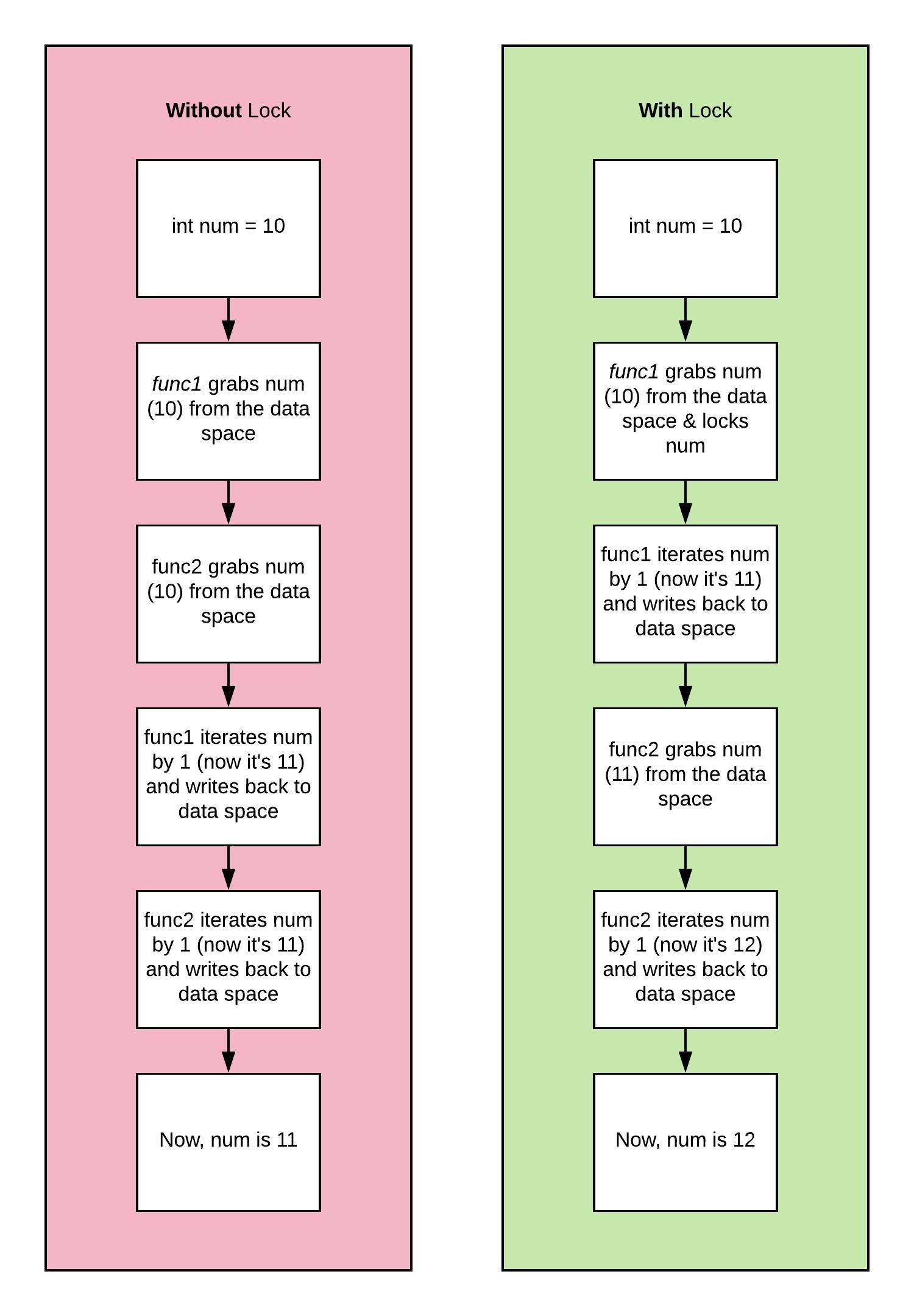 When using the threading module, this can also happen when you're printing because the text can get jumbled up (and cause data corruption). You can use a print lock to ensure that only one thread can print at a time.

Here, we've got 10 jobs that we want to get done and 5 workers that will work on the job.

Multithreading is not always the perfect solution

I find that many guides tend to skip the negatives of using the tool they've just been trying to teach you. It's important to understand that there are both pros and cons associated with using all these tools. For example:

What is Multiprocessing? How is it different than Threading?

Without multiprocessing, Python programs have trouble maxing out your system's specs because of the GIL (Global Interpreter Lock). Python wasn't designed considering that personal computers might have more than one core (shows you how old the language is), so the GIL is necessary because Python is not thread-safe and there is a globally enforced lock when accessing a Python object. Though not perfect, it's a pretty effective mechanism for memory management. What can we do?

Multiprocessing allows you to create programs that can run concurrently (bypassing the GIL) and use the entirety of your CPU core. Though it is fundamentally different from the threading library, the syntax is quite similar. The multiprocessing library gives each process its own Python interpreter and each their own GIL.

Because of this, the usual problems associated with threading (such as data corruption and deadlocks) are no longer an issue. Since the processes don't share memory, they can't modify the same memory concurrently.

If you have a shared database, you want to make sure that you're waiting for relevant processes to finish before starting new ones.

If you want to pass arguments to your process, you can do that with args

Here's a neat example because as you notice, the numbers don't come in the order you'd expect (without the p.join()).

As with threading, there are still drawbacks with multiprocessing ... you've got to pick your poison:

What should you use?

If your code has a lot of I/O or Network usage:

If you have a GUI

If your code is CPU bound:

Just a disclaimer: we're a logging company here @ Timber. We'd love it if you tried out our product (it's seriously great!), but that's all we're going to advertise it.

If you're in the market for amazing logging, check out Timber

Get Better Logs
Decorators in Python: What you need to know
#decorators #python #debugging
The Pythonic Guide To Logging
#python #logging #timber
An Intro to Web Scraping with lxml and Python
#lxml #python #webscraping

Once suspended, timber will not be able to comment or publish posts until their suspension is removed.

Once unsuspended, timber will be able to comment and publish posts again.

Once unpublished, all posts by timber will become hidden and only accessible to themselves.

If timber is not suspended, they can still re-publish their posts from their dashboard.

Once unpublished, this post will become invisible to the public and only accessible to Sid Panjwani.

Thanks for keeping DEV Community 👩‍💻👨‍💻 safe. Here is what you can do to flag timber:

Unflagging timber will restore default visibility to their posts.