v1.0.0 of the ShadowGas smart contract is finished. My two recent posts (below) go over the Store and Transfer features of the contract and this one will go over the Trade feature.

The Trade feature currently only trades the liquid gas token, however I plan on including the other 2 later down the road

Only trades LGT, but can use refueled CHI for discounts so profit may be more than expected if discount is applied

Will retrieve trade information for arbitrage

Since the costToMint is heavily weighted by the current gasPrice, by changing the gasPrice variable (ex. 1 Gwei) on a testnet, you will be able to mint the LGT tokens for cheap and sell them for a profit within the same transaction since the costToMint will be much lower when minting at 1 Gwei than at 116 Gwei thus forcing a trade opportunity. 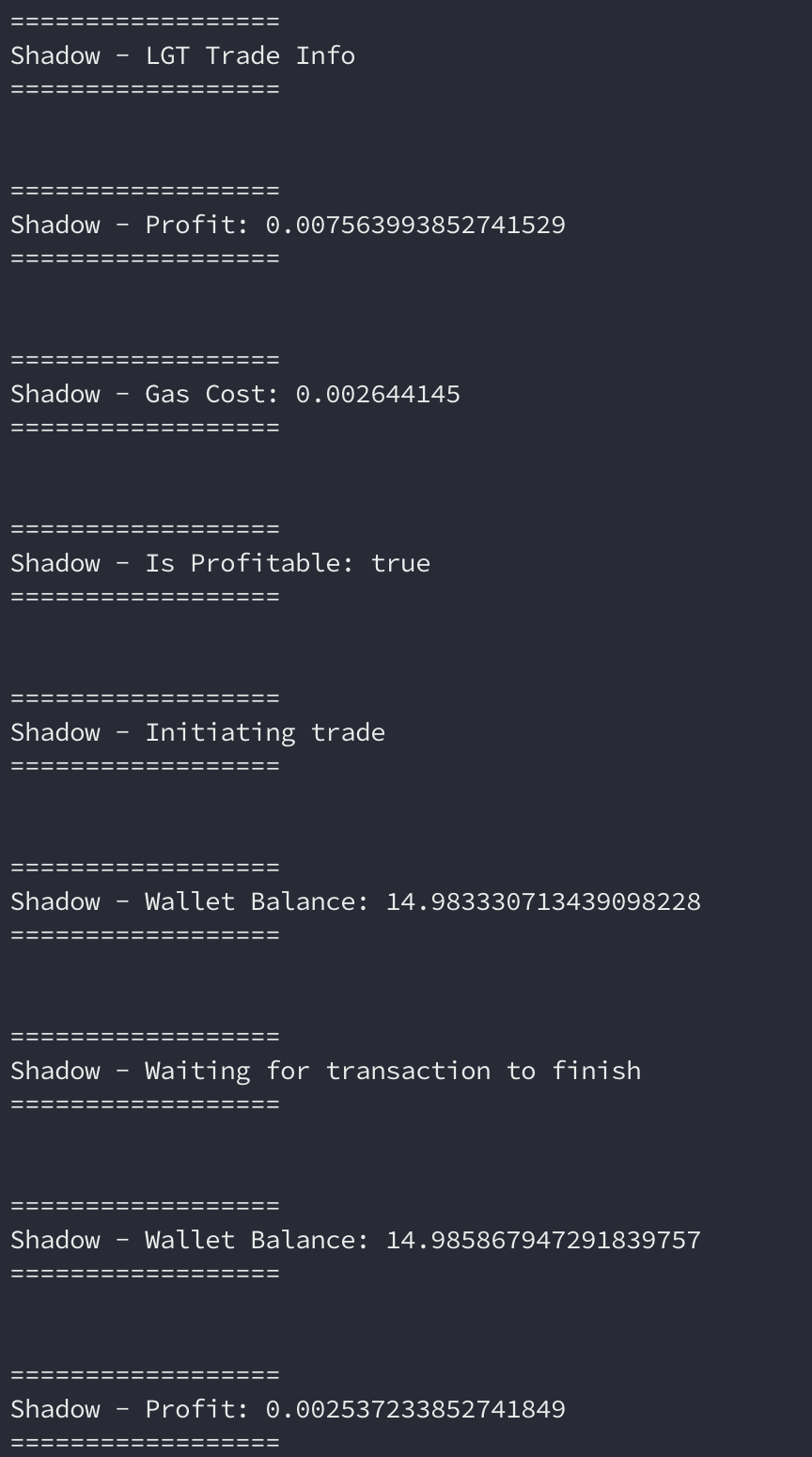 v1.0.0 for the ShadowGas contract is released; after adding GST compatibility (v1.1.0), I will be developing the UI in React in order to interact with the contract!

The repo can be found here: https://github.com/TraylorBoy/ShadowGas

What is Happening With Crypto Market?