They say it’s not the destination but the journey that matters. In my case, the journey to become a software engineer took over three (3) years. However, I don’t think I regret any aspect of the journey. So lets begin!

After leaving high school at the age of 19, I was unsure what next to do career wise. Ideally, being involved in track and field between 2000 and 2005 at Wolmer’s High School for Boys, my talents and achievements on the track should’ve landed me an athletic scholarship to pursue undergraduate studies overseas but seemingly the universe had other plans as I left Grade 13 without any scholarship offers.

I had to make a decision whether to enroll at the University of Technology (UTECH), the University of the West Indies (U.W.I) or seek employment. Lucky for me, I was accepted by U.W.I to pursue a Bachelor of Science in Electronic Engineering, however, due to a lack of funding, my college dream took a back seat, prompting me to actively seek full time employment.

My job quest was quite successful as I interviewed and landed a Customer Service role (teller) at the National Commercial Bank (NCB) Saint Jago branch. It only lasted for a year as it was not something I thought I could do for another 10 years — I wanted to build or create something. Anything!

I believe the innate nature to build was inherited genetically from my father. As long as I could remember, he was always bending and molding steel/metal into grills (protective metal grid mechanism commonly found in Jamaican homes). Additionally, my eldest brother tinkered with gadgets and gizmos so inherently I would follow in their footsteps. 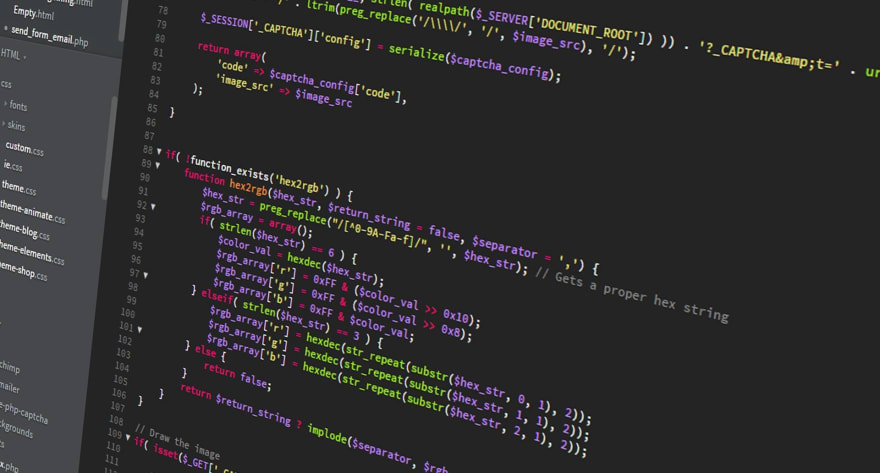 Acknowledging my creative genetic disposition, I started writing small code snippets in VB.Net to do simple things. I was amazed at what I’d achieved with just a few lines of code. It sparked my interest in software development in such a way that I saw my role at the time being just that — a job. So I decided on a whim to resign without a proper strategy to land a software development role.

Being out of a job and money, I quickly saw the error of my ways and sought another job outside of tech to get by. And guess where I ended up again? Another financial institution. Yes! You read correctly. From one financial institution to the next. It definitely felt like a retrograde move to be honest.

Though initially disappointed in my job misstep, I found joy in landing a non-customer facing role (back office). I relished the fact that I was saved from the mundane routine of serving customers from a queue. Whilst I was still further away from my dream job, I wasn’t prepared for the immersion into banking from a different perspective — commercial banking and in retrospect, has proved vital in my overall career growth. 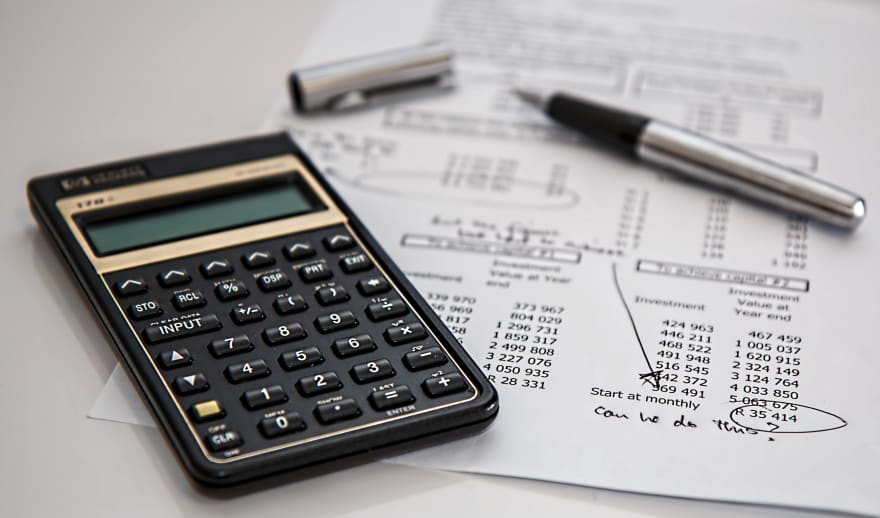 I could describe Commercial or business banking at the time as encompassing large companies within Jamaica. This business segment I learnt represented a significant revenue stream for CIBC FirstCaribbean International Bank. In my day to day routine, I focused mainly on providing administrative support for a cadre of Small Business Bankers — relationship managers that tend to the financial needs of customers with annual revenues less than US$25k.

Between typing a simple reference letter or analyzing financial statements, I was fully engaged and immersed as a member of the team and quickly garnered the necessary skills required to deputize in the absence of a business banking team member. I gained valuable experience looking at businesses from an investment perceptive.

Simultaneously, I was enrolled at the Excelsior Community College pursing a Bachelor of Science in Management Information Systems through the college’s evening degree delivery. During my tenure, I finally saw the light at the end of the tunnel as I was now walking the path in becoming a software developer. But alas, I soon found out that I needed much more than a degree to get a job in the field.

After successfully completing all courses within the degree programme, I graduated in 2011 with Second Class honors. The culmination of my educational journey. Little did I know that the real work began after graduation. Whilst I was now well rounded in finance and technology, I gravely lacked tangible programming skills and know-how to develop software. Being a novice, I thought there would be open junior software development roles. But at the time, no junior developer roles were being advertised. Nevertheless, I responded to other senior developer jobs, way above my skill-set knowing very well I lacked the basic advertised requirements. What a grand waste of time! 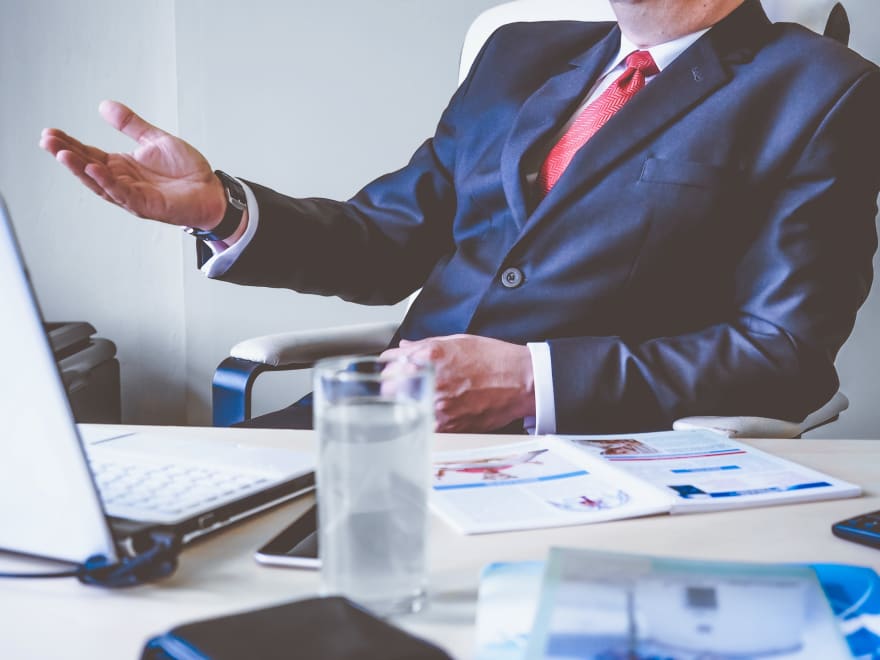 Not deterred by the many rejection letters I received, my persistence paid off eventually. Lucky enough, I was selected for an interview for the role of Java Developer at my then employer CIBC FirstCaribbean International Bank. I was elated! Confetti! I was of the belief that my employer admired my efforts to study and shared my dream of landing a software developer job. I prepared relentlessly for the interview as this was the culmination of my efforts to seek employment within my field of study. Upward mobility and self actualization was in striking distance, however, these aspirations quickly dashed after receiving an email detailing the outcome of the interview process. The email informed me that they selected another candidate. Bummer! I was devastated to say the least. I saved the rejection email and pressed on. 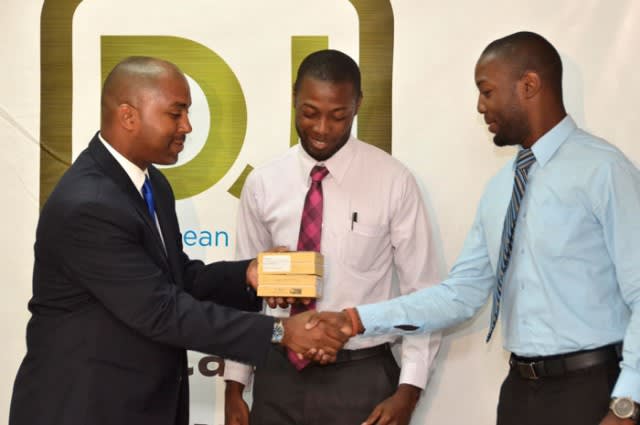 How did I press on you might ask? I just decided that I would show my employer that I am a capable developer and they would eventually lose a great talent. Surprisingly, around 2011, the Jamaican tech scene was buzzing with excitement and hackathons were becoming commonplace. I decided to jump on the wagon by competing in any hackathon I could enter. These hackathons I believed would provide the platform to develop my software development skills and network with other developers to get a pulse on how to break into a career in software development.

After entering my first hackathon, our team won four Blackberry phones ( note, this was back in 2012, Blackberries were hot!). I was through the roof and over the moon with joy as you can imagine. But it didn’t stop there. Every hackathon I competed in, I ended up placing either first, second or third. This continued for the next three years and my resume cataloged my journey and cemented the skills necessary to build software be it an app or website within short period of time.

I was now able to confidently apply to software development related job posting. And in December 2014, three (3) years after graduating college, I tendered my resignation letter to pursue a career in software development. Since then, I’ve changed roles three times. I’ve worked for a non profit organization building software mainly for government agencies. Ironically, my next software development role was actually in government and that lasted for roughly two years. And where did you think I ended up next? Right were I started. In banking — developing software.

What a circuitous journey it has been! I hope this inspires anyone who is not currently in a software development role and could take some pointers from my journey.

Tremaine Buchanan
Jamaican Fullstack JavaScript Developer | Educator | Mentor
Who or what are you grateful for in tech?
#discuss
Is DevOps right for you? 🤔 13 Points to consider
#devops #career #cloud #beginners
Meme... Tuesday? 🤔
#jokes #discuss #watercooler

Once suspended, tremainebuchanan will not be able to comment or publish posts until their suspension is removed.

Once unsuspended, tremainebuchanan will be able to comment and publish posts again.

Once unpublished, all posts by tremainebuchanan will become hidden and only accessible to themselves.

If tremainebuchanan is not suspended, they can still re-publish their posts from their dashboard.

Once unpublished, this post will become invisible to the public and only accessible to Tremaine Buchanan.

Thanks for keeping DEV Community 👩‍💻👨‍💻 safe. Here is what you can do to flag tremainebuchanan:

Unflagging tremainebuchanan will restore default visibility to their posts.