I recently bought a Mi Notebook 14 Horizon Gray i5 , I had put the order on 17-Jun-2020 and it got delivered on 19-Jun-2020. After unboxing the device and setting it up today I am writing my first impressions. And as from the title you can see, its no secret.

I own many Xiaomi devices and after apple I have been a Xiaomi fanboy. Two years back I went to one of their MI Flagship Stores in Bangalore and after seeing the MI 14 Inch Pro Laptop, I have always wanted one such device for me. First I have always liked the value for money and the quality of devices that we get from Xiaomi. And I am a big sucker for Laptops in 14 Inch form factor. I personally own many devices and always stress on the portability of devices. Since 2007–8 when I owned my first laptop which was a 2nd hand Sharp 14 Inch laptop with a Japanese OS, I have always loved the form factor.

I have a huge respect for Japanese Brands and during the last decade there were some really great laptops from Japanese brands in this form factor. Unfortunately in India it was always very difficult to get such devices. While after that I have owned or used Laptop of different sizes, but was never able get a 14 Inch laptop. And that was one of the motivating factor to buy the Mi Notebook 14.

After the buzz of the launch of the MI Laptop and hearing so many good reviews, I was all set to buy one of these devices for myself. My target was the Mi Notebook 14 Horizon edition with Nvidia MX350 Graphics. Personally I am not a lover of flash sale. But over the years have got good deals during Flash sales. While I targeted for the I7 fully loaded version, I finally settled for the I5 Nvidia MX350 Graphics version.

Hell for me any MI Notebook version was fine, and in the constant mealy of devices getting over in seconds and buggy delivery issues, I was thankful even to make a purchase.

I put an order on 17th June and got it delivered on 19th June, personally that was fast for many of the online purchases I have done and that too during Covid-19 pandemic.

On getting the device, I was immediately surprised by the lightness of the device. I have handled many Laptops in my live, I never felt anything so light in my life and that to when it was fully boxed. I was even worried if I was cheated and just given an empty box. 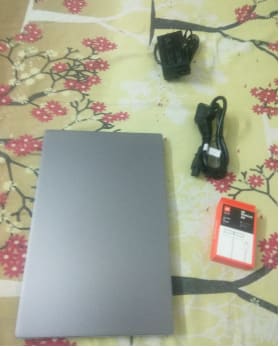 After getting the box to home, the first thing I did was to unbox the Laptop. and that was the 2nd positive or shall I say, quirk, unlike my other Laptops which usually come with a white box and usually if delivered are present in a brown box and double wrapping, after opening the brown box, it only had 3–4 items, the charger, the webcam and the laptop in a plastic cover. This is signature Xiaomi, all there device that I have bought come in brown box, have a industrial design to it and no fuss. I think Xiaomi has taken minimalism to a whole new level.

The Gray color and the look and feel pretty much like a Macbook Pro 13 Inch, made me really like its design. I also liked the fact that there was no visible log on the device top panel making it very plain and yet elegant. While opening it up I liked the keyboard layout and the screen with thin bezel.

It all started when I opened it up to do the device setup, at the outset there were somethings which showed that in making this device Xiaomi has cut corners. One is the finish, the thin bezel that I had liked also showed up the rough edges from the top panel, the fit and finish was not good, while buying Laptops even with the cheap one I have come to expect at least a basic build quality. 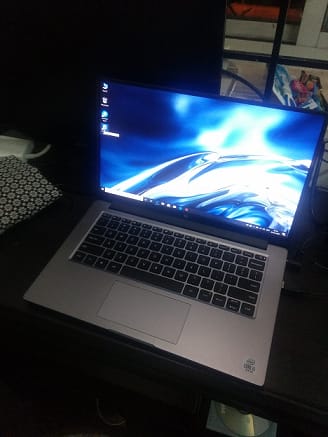 Acer is one of the most cheapest laptop brands in the market and I can vouch they have never cut corners in their build quality which was so evident in Xiaomi. The light weight can also be attributed to the low quality aluminium and plastic that is being used in the device, at least that is what I got in first impression. When someone is buying a laptop in the 55000 Rs range, in India they at least expect a god build quality and I am afraid to say in this area, MI Notebook 14 was a major disappointment.

Another major issue that I faced with the device was finish of its surface, I have a sweaty palm and I have major issues of staining the Laptops that I use but this device is a stain magnet. I had to sit with a cloth beside me each time I typed anything.

While the setup was uneventful, except the Intel i5, I can not say anywhere if it had a NVIDIA GPU, usually if there is an external GPU, they put a sticker on the laptop, but this Laptop was missing and it took me almost good 10–15 minutes of googling and searching via System settings to confirm if I had Nvidia MX350, GPU.

And to be honest the GPU was the biggest letdown for me. First tried running some user benchmarks, at that time, the benchmark refused to take the Nvidia GPU into consideration, and added to that if you wanted to use it, Nvidia’s custom app for the GPU advised to keep it in automated mode, meaning most of the times the applications end up using the Intel Integrated graphics and only on special occasions the application goes to choose the GPU. For me it was a boatload of dead wight for which I was paying for.

The reason why I would suggest you not to buy this device is because of its fan noise. I all happened when I was doing a GPU bench mark and as the temperature and load started increasing so was the fan noise, at one point it was so loud, I had to literally kill the application and start the application. Hence this is the point where I would like to make about this device which no reviewer will tell you. You do not buy a I5 and a dedicated GPU based device to do light browsing and editing, you buy such a device to what we call a medium load work, like I do, programming, medium video editing or graphics and some light gaming. And with that pronounced fan noise which even during medium load was so pronounced, I would never recommend such a Laptop.

As a programmer and a person who would want a sturdy, portable, durable and value for money device, the latest Xiaomi laptop has none of those features. While its fit and finish doesn't give confidence of its longevity, its GPU performance or the lack of and the horrendous Fan noise are a major no for me. I would rather buy better to buy an Acer, Lenovo or Dell device and if you are shelling 55000 for this device, I would rather advice to buy a used/refurbished or old generation MacBook laptop which will be a far better value for money, that Mi Notebook can ever be.

Deploying react and django with nginx and guincorn