In this tutorial I'll show you how I prepare my machine for Python development after installing Ubuntu or one of its derivatives. There are many ways to do this, with different tools and techniques. Here I am sharing the way that works best for me.

These are the two goals of this process:

As a practical example, we will create three Python projects:

We will begin with a fresh installation of Ubuntu 19.04. 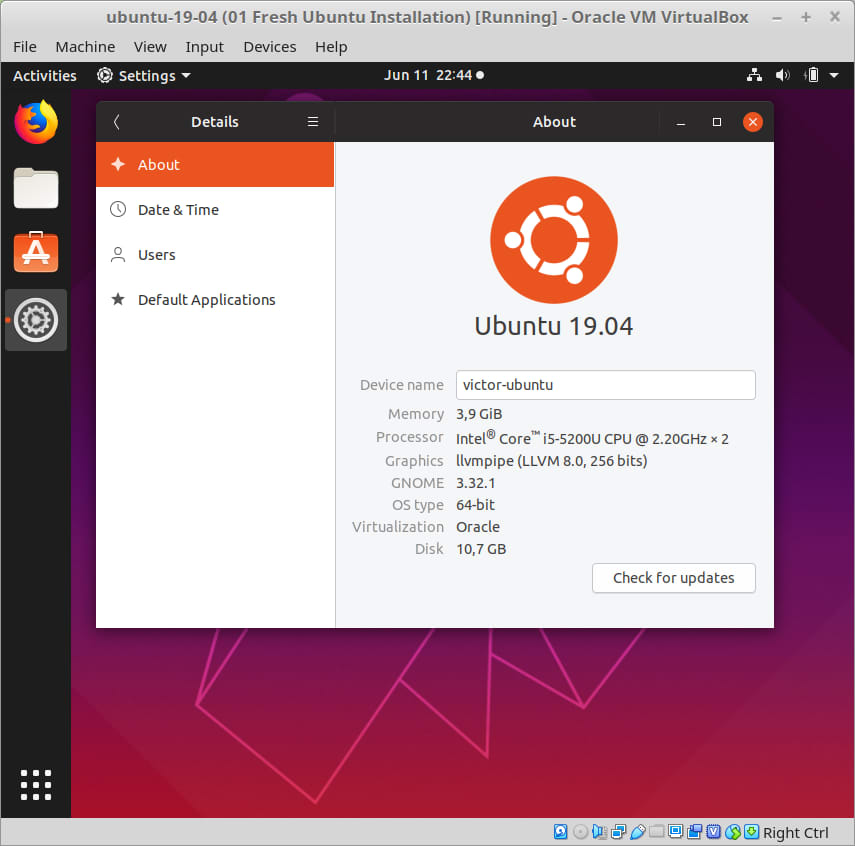 We will build some Python versions, and for that we will need to install some system dependencies. We'll follow the recommendation of the subsection "Ubuntu/Debian/Mint" of pyenv's wiki's "Suggested build environment" section. As of 2019-06-11, they are:

So we open a Terminal (Ctrl + Alt + T) and install the dependencies: 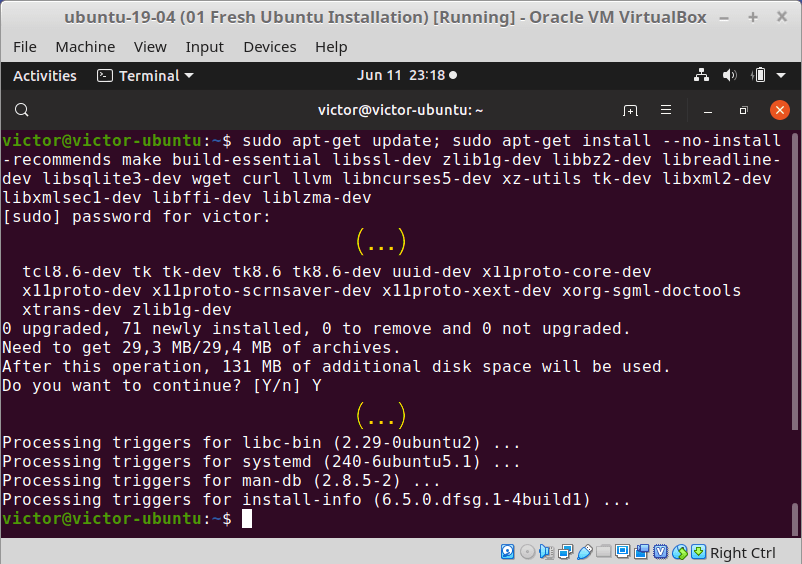 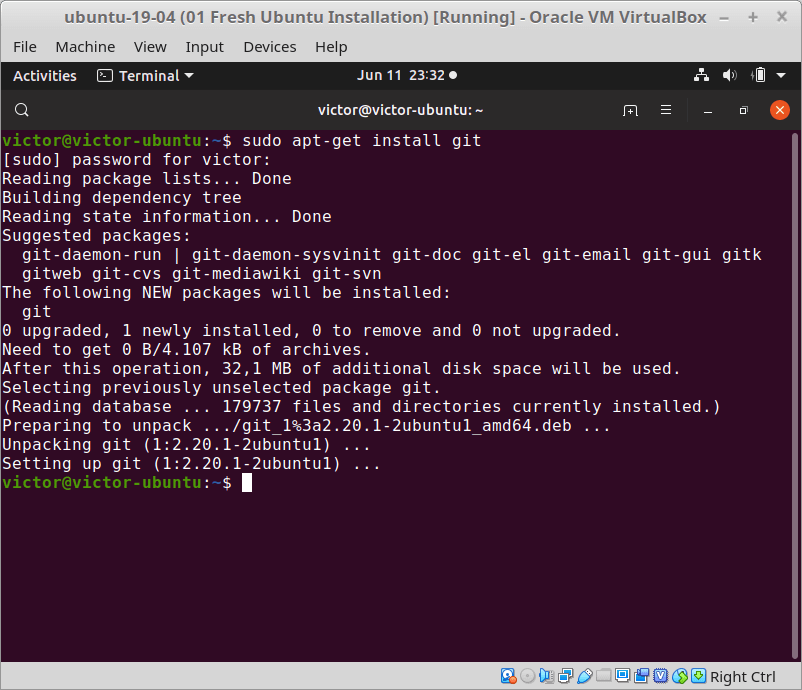 After the system dependencies we'll install pyenv. Among other things, pyenv lets us install different Python versions in our system.

Below, we're following the "installation" section of pyenv's GitHub page. Be sure to check that page for updated instructions.

Update $HOME/.bashrc with the lines below, and restart the shell

Note: these may take a long time to complete, for pyenv will download and build CPython from source for each version. 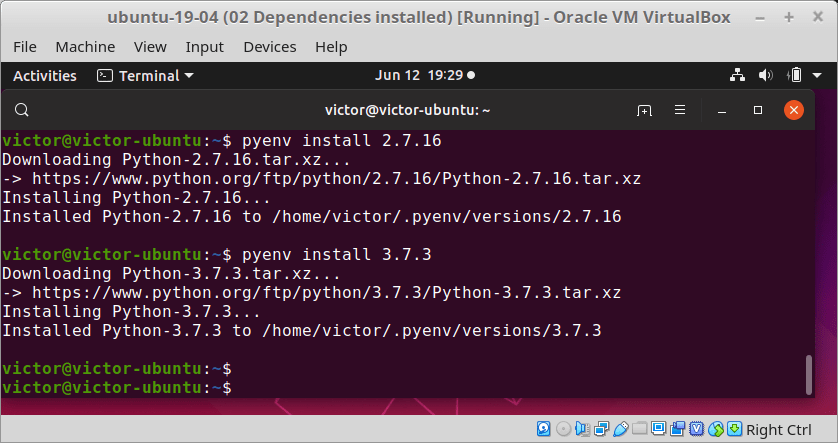 As we can see in the screenshot, the Python versions have been installed in $HOME/.pyenv/versions. We can run both interpreters directly to verify that they are working properly: 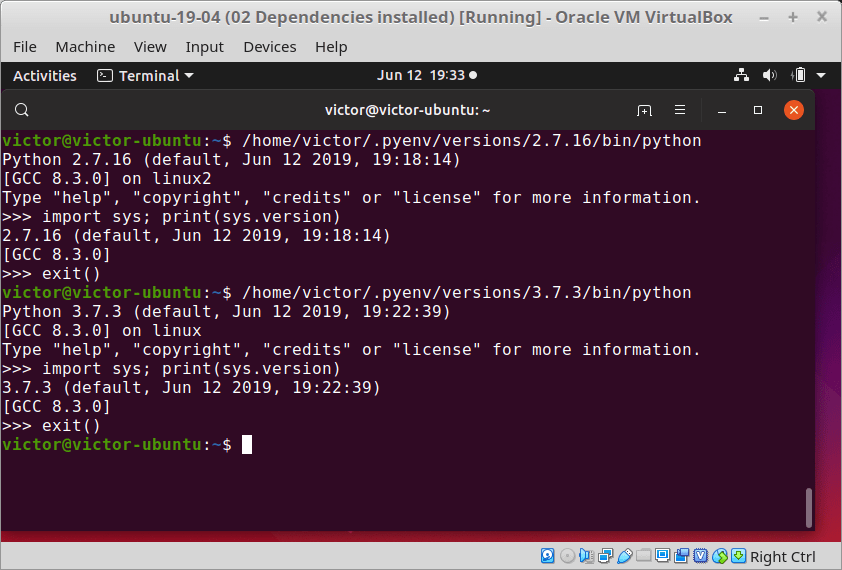 virtualenv is a great tool for creating these isolated environments. Installing it on Ubuntu is straightforward: 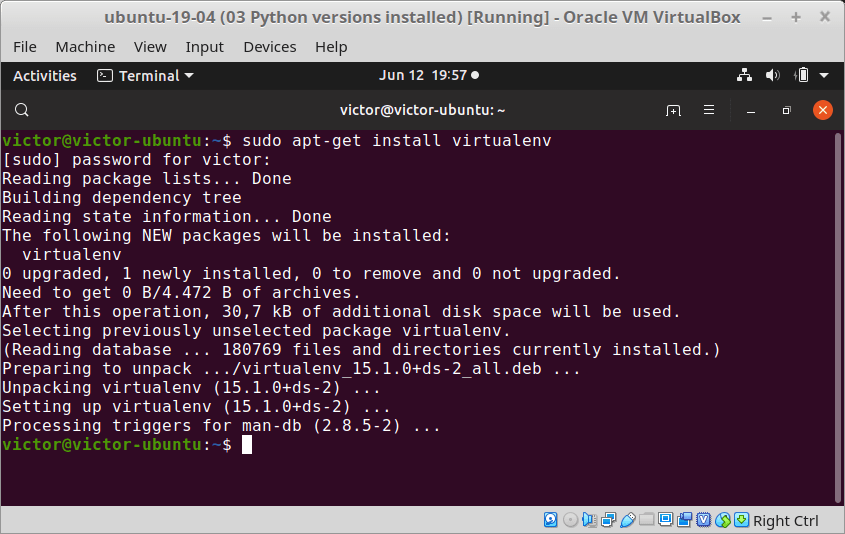 The creation of the environments is easy too. We'll create them on the next sessions. 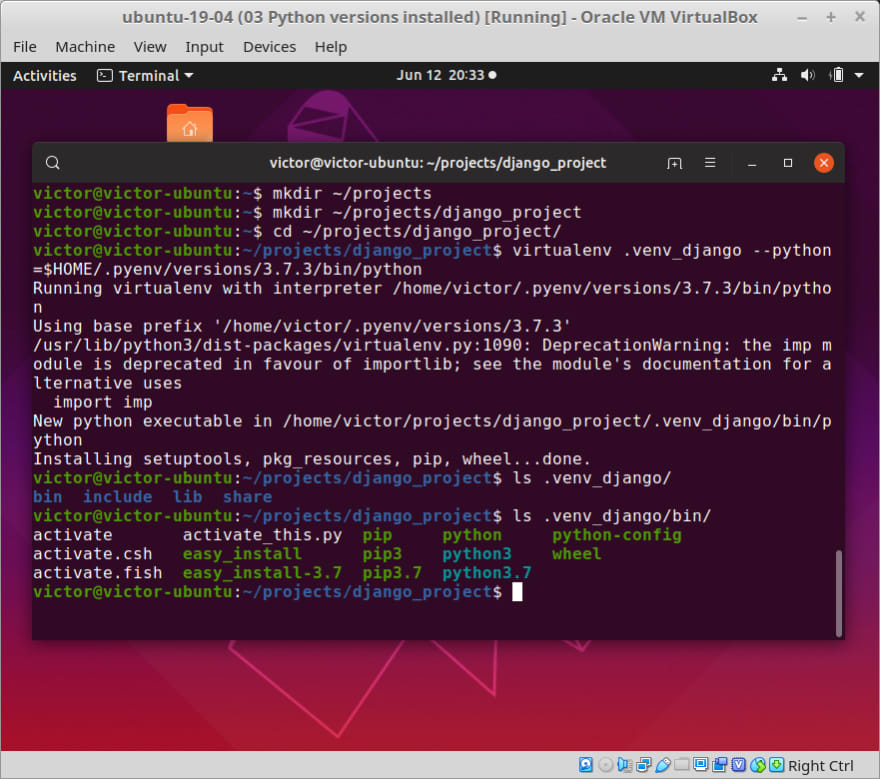 In the screenshot, we can see that an environment was created in the new .venv_django directory, and it contains its own Python interpreter, along with some other tools.

Activate the environment for the Django project

The activation is essential. If we skip it, we will end up messing with the operating system's Python interpreter, and that's exactly what we don't want to do.

Install Django and create and run the project in the environment

Now, with the environment properly activated, we can install Django with pip, create the Django project and run it. 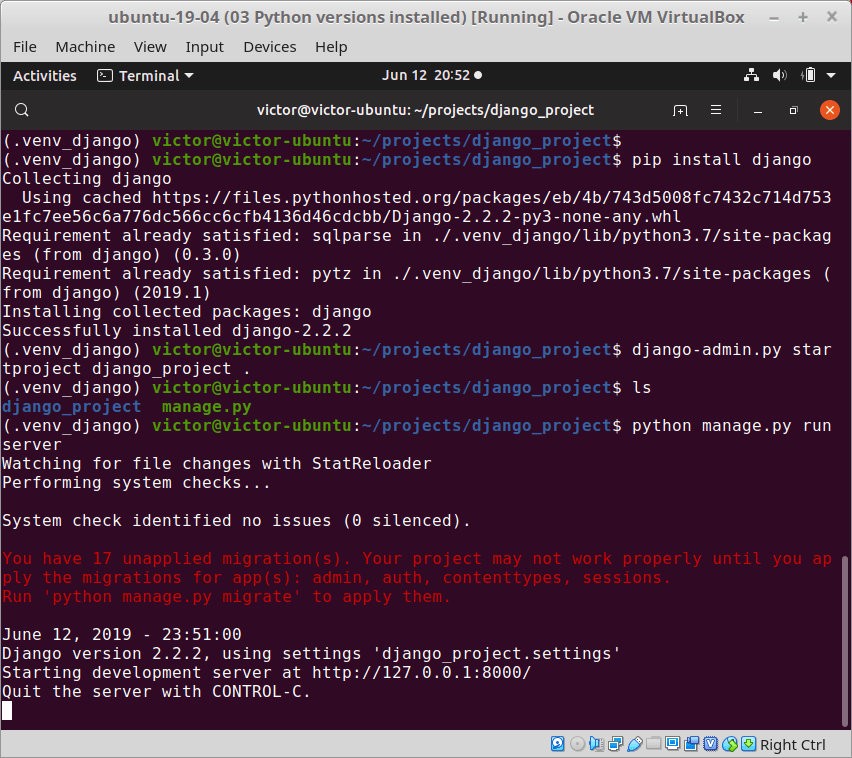 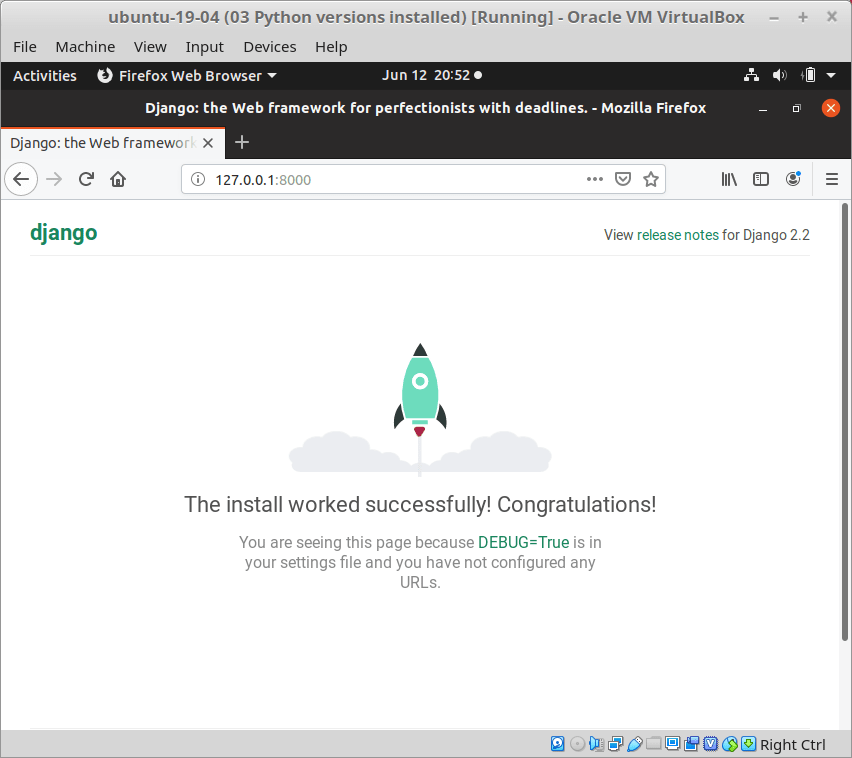 Now we will create a Python environment for a Mezzanine project, so we must deactivate the currently activated environment (the Django one) and leave the Django project directory: 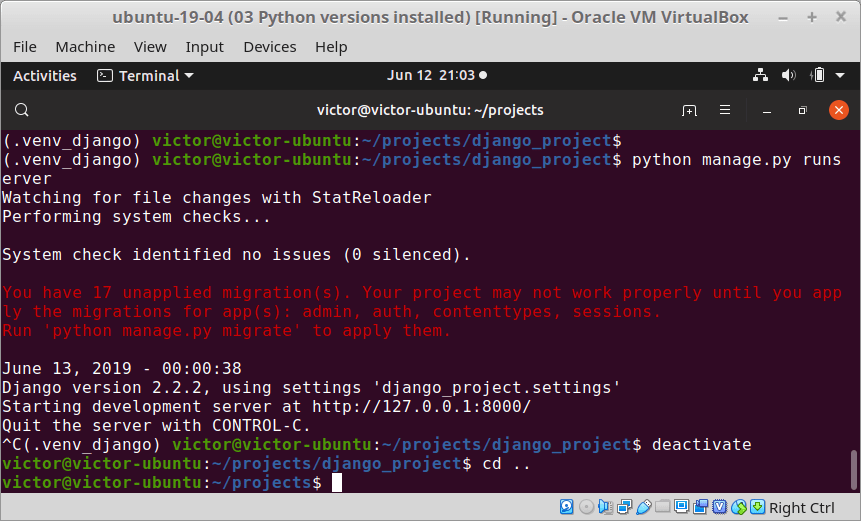 In a similar fashion, now we will 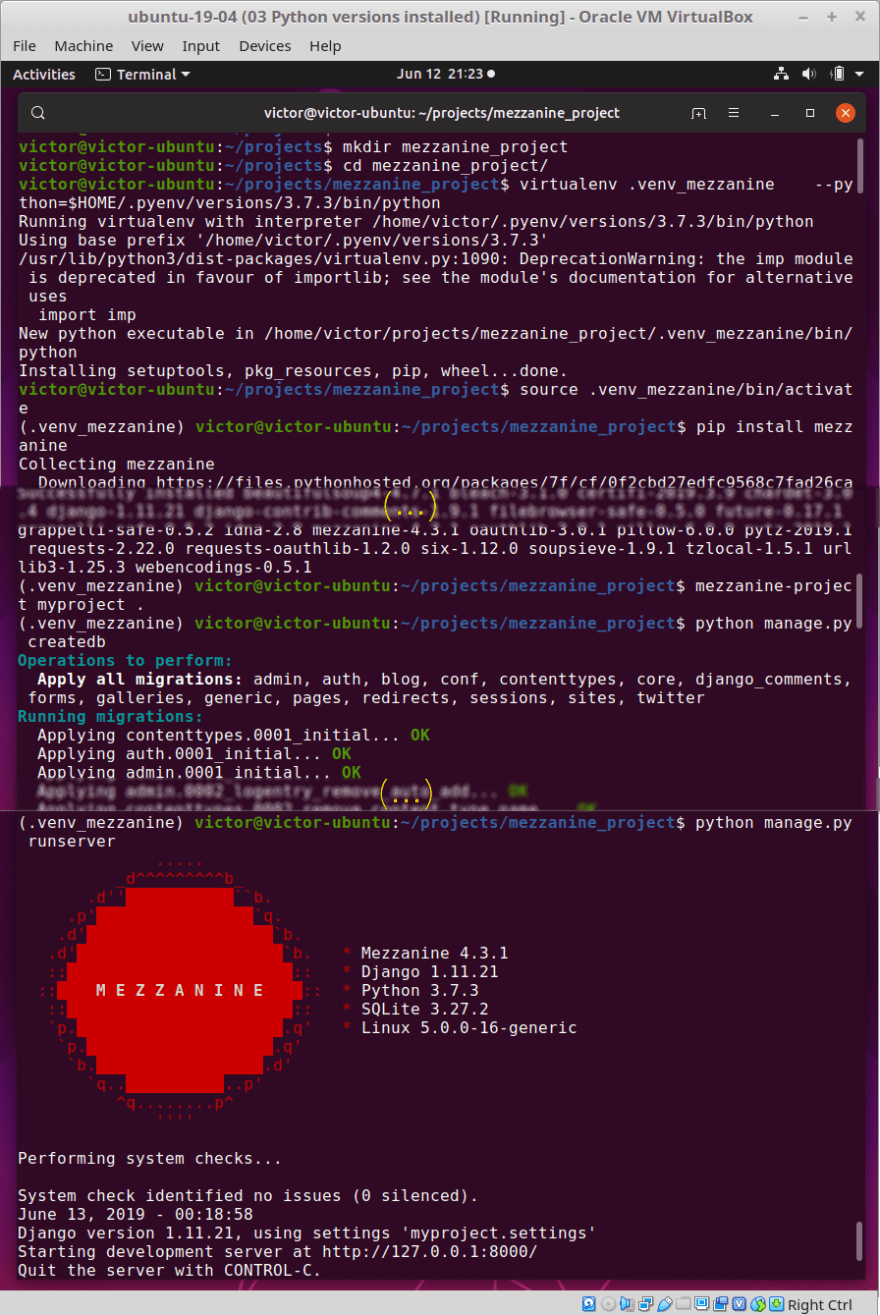 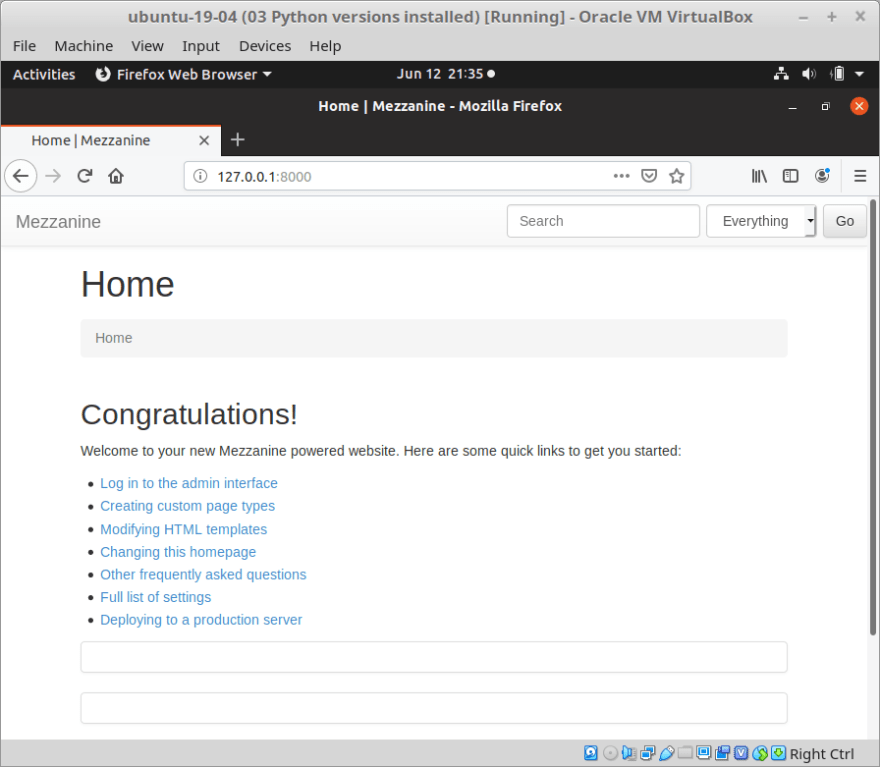 Before moving to the last project (the Flask one), let's deactivate the Mezzanine environment and leave the project directory:

For the Flask project, the process will be similar, but the environment will be based on Python 2.7.16 instead. Flask doesn't have an autogenerator of basic projects like Django and Mezzanine do, therefore we'll need to write a little bit of code in order to have a minimal Flask application. 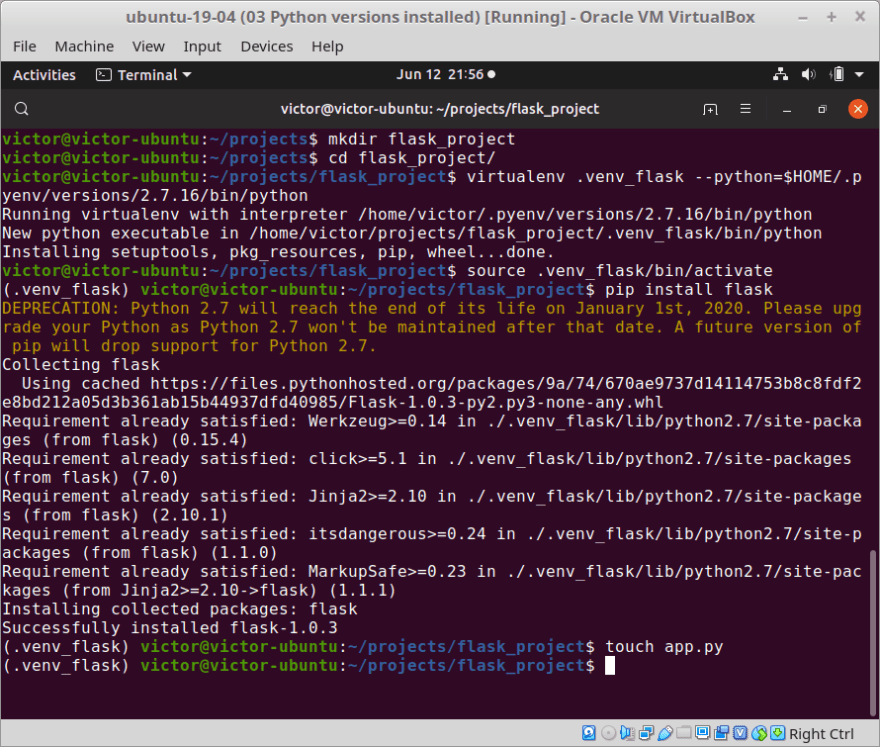 Let's enter the following code in the file $HOME/projects/flask_project/app.py: 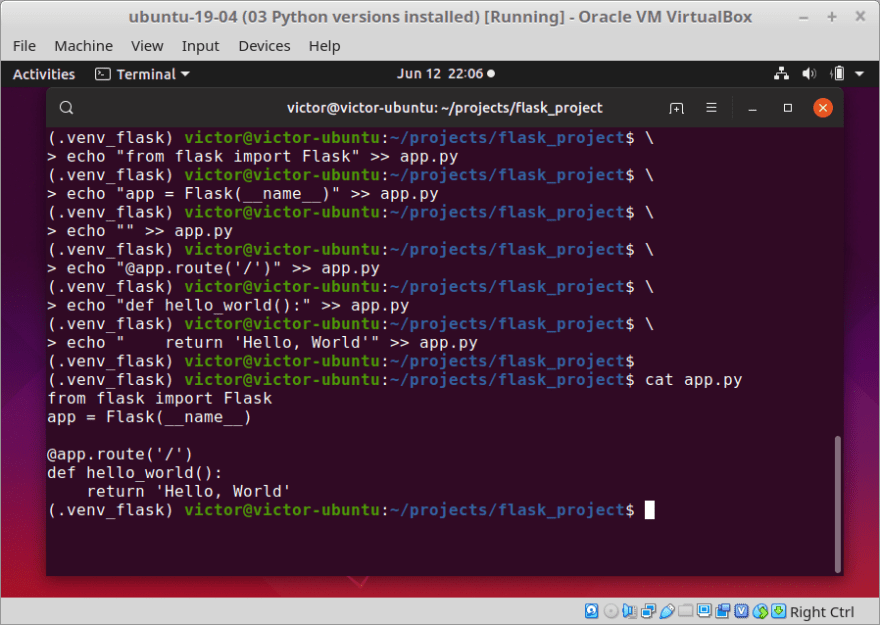 Now we can run the Flask app to make sure that it works as expected. 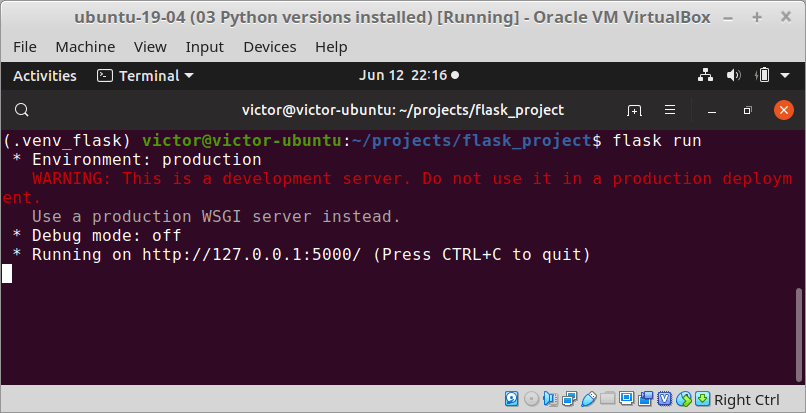 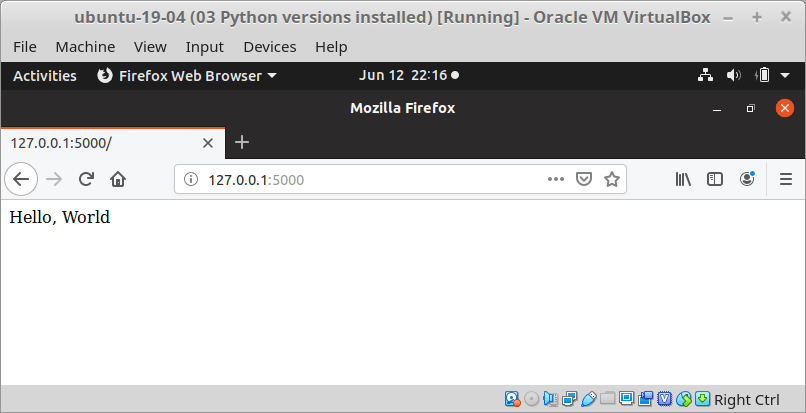 To quit the Flask development server, just hit Ctrl + C. Then, let's deactivate the environment that we created for the Flask project and leave its directory. 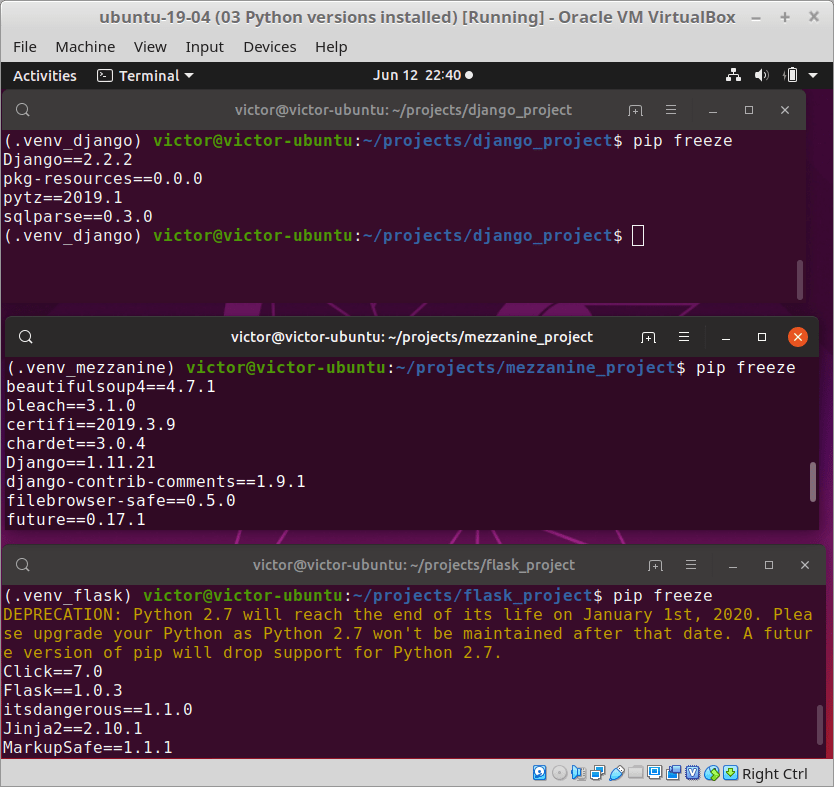 That's it! Do you have a different approach which works best for you?

Once suspended, victorosilva will not be able to comment or publish posts until their suspension is removed.

Once unsuspended, victorosilva will be able to comment and publish posts again.

Once unpublished, all posts by victorosilva will become hidden and only accessible to themselves.

If victorosilva is not suspended, they can still re-publish their posts from their dashboard.

Once unpublished, this post will become invisible to the public and only accessible to Victor Silva.

Thanks for keeping DEV Community 👩‍💻👨‍💻 safe. Here is what you can do to flag victorosilva:

Unflagging victorosilva will restore default visibility to their posts.