Hello World, this is the beginning of 2 Part Series on "How to make your REST APIs blazing fast 🚀". These are from my personal experiences and from projects that I built.

Some time ago, I was working on a marketplace platform, where the users can list their products to sell. On the Home Page, it would load a bunch of products, and with the products self-data, it will also load some stats, previous sale history, recent lists data etc. We also let the user sort, filter and do more actions right on the page without reloading or re-fetching for a quick experience. But this came at a cost. For the API to send all this data, it had to do a bunch of calculations which ended up taking a few hundred milliseconds, in range 200-400ms, and worse during high traffic. So we started looking into ways to improve this. This series talks about those methods. 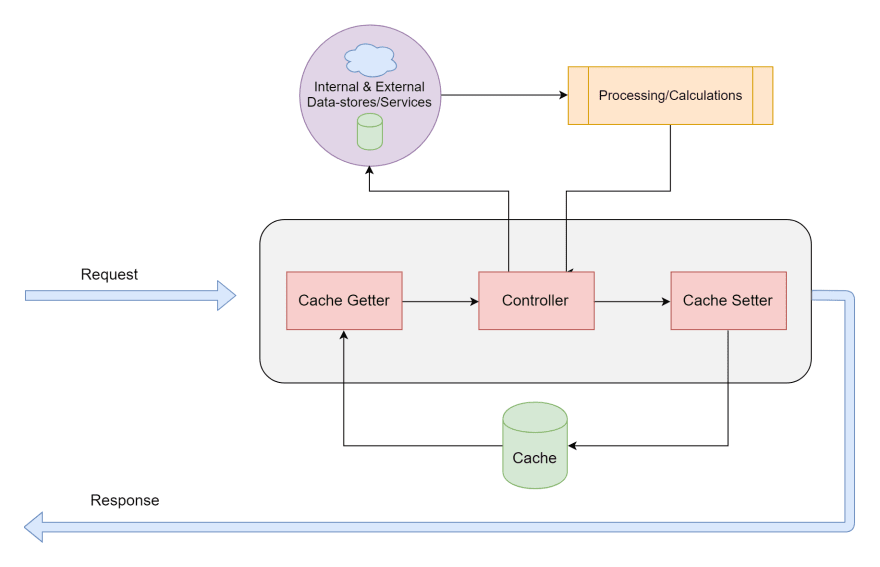 So let's jump right into Part 1

Here is the endpoint that we will work on. It simply takes in some query, fetches data from the database, processes it and returns back a JSON response.

For this example, We will use node-cache, we will put it in a single file, then it can be easily replaced by any cache storage by changing just few lines.

First of all, install the node-cache package.

We will create a cache middleware, it can be used with any endpoint we want easily. This is how the middleware looks like.

Let's go over the functions one by one.

Our cache middleware is ready! Let's plug it in with our product route.

That's all, Our Endpoint is already faster! But how 😯??

We have added our two middlewares get and set to the route. When a new request comes in, it will first go through cache.get, since we don't have anything in the cache yet, the request passes down to the next middlewares and arrives at cache.set, which will save the response in the cache for next 5 minutes.

Any request that comes in the next 5 minutes, will be able to retrieve this cache form cache.get and will immediately return it to the users. No calculations are done. The database isn't touched.

By doing this we were able to bring down our response time to just a few milliseconds 🎉.

But, yes, this is not the final solution, there are minor issues with this approach. Users on the site won't get real-time data, the data shown can be max 5 mins old. While this approach may work for some use cases, this was not an acceptable solution for us, our users needed real-time data. So we had to look into this more. We had to look into Cache Invalidation 😈, which we will talk about in our next Part. 👋