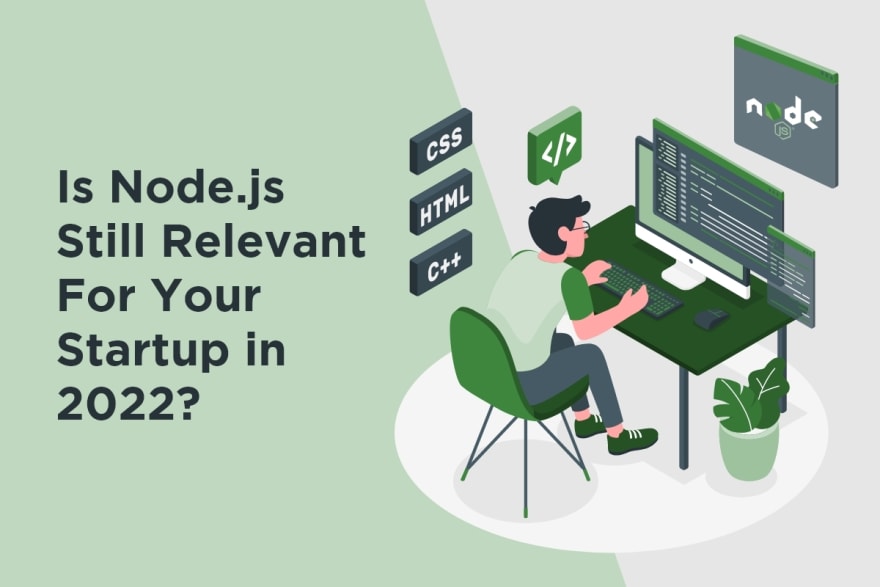 A Quick Overview of Node.js

Node.js is widely used for back-end development and according to Stack Overflow Research, is the global framework leader. Many experts believe that whether or not node.js is worth knowing in 2022 is a matter of personal preference. However, before you respond, you should be aware that Node.js's popularity is anticipated to increase even further in 2022 which will further enhance the popularity of the firms providing node.js services.

It should be noted that there is considerable dispute over the definition of Node.js, with some referring to it as a JavaScript library, as Wikipedia does or a JavaScript framework.

What exactly is Node.js?

In reality, Node.js is a runtime environment based on Chrome's V8 JavaScript engine, not a library or a framework.

What is the purpose of Node.js?

If you're wondering what Node.js can be used for, we've got a quick explanation for you. Node.js technology was developed as an alternative to the client/server approach, in which the server only responds to client requests and promptly terminates the connection after each answer. Node.js provides for two-way communication and interactive communication between the server and the user's browser, resulting in minimal latency and high throughput.

What exactly does it all mean?

Well, around a 50% boost in application performance with a concurrent decrease in response time (PayPal noticed a 35% decrease) and development costs. Isn't this a compelling reason for startups to pursue node.js development services? That is why Node's popularity is rapidly expanding. It does not appear to be a bad trend for NodeJs future, does it?

The Reasons for the Popularity of Node.js

Node.js in 2022 appears to be a significant trend that will continue to evolve. It provides several clear advantages that make it the finest option for software developers.

In this section, we will look at the five most essential Node.js advantages that will entice you to use the technology for your next web or app development project.

When Should You Use Node.js?

In this section, we made some predictions about Node.js in 2022 and what Node Js is most usually used for. We now understand the primary advantages of Node.js over Java. Do you want to know if Node.js is worth learning? We will simply state that Node.js is still a viable choice for startups and NodeJs popularity in 2022 is increasing.

However, not everything with Node.js is seamless and there are several Node.js development pitfalls that developers should avoid. As a result, it is critical to choose a trustworthy node.js development company that will complete the project to the highest quality standards.

How to setup authentication with Node.js CLI and Prisma

How to make a CRUD operation By Nodejs and TypeScript .?

Once suspended, vikrant_bhalodia will not be able to comment or publish posts until their suspension is removed.

Once unsuspended, vikrant_bhalodia will be able to comment and publish posts again.

Once unpublished, all posts by vikrant_bhalodia will become hidden and only accessible to themselves.

If vikrant_bhalodia is not suspended, they can still re-publish their posts from their dashboard.

Once unpublished, this post will become invisible to the public and only accessible to Vikrant Bhalodia.

Thanks for keeping DEV Community 👩‍💻👨‍💻 safe. Here is what you can do to flag vikrant_bhalodia:

Unflagging vikrant_bhalodia will restore default visibility to their posts.