"I know that I know nothing"
— Socrates

"I know that I know less than nothing"
— Yours truly 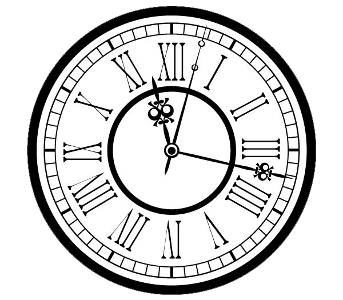 Time as we know it is a construct created by us humans to organize our lives and make sense of things. It is perceived as an imaginary straight line that can only advance in forward momentum. To an average person time is nothing more than a set of numbers; the numbers which play a tremendous role in their tiny blink of existence.

Within our short lifespans, we perform a simple arithmetic operation, adding +1 to one of those life-sustaining numbers with every successive rotation of our planet around the Sun. We are the only species that is governed by their own perception of time, unlike other local life forms who rely exclusively on the position of stars, Earth's magnetism, and probably variety of other still undiscovered processes.

The accepted reality that we know more about the Moon than our own oceans, should raise some eyebrows and stoke the ember of skepticism to remind us of the everlasting turmoil in scientific community. Facts rarely remain facts for too long, they either get refuted or changed in accordance with some potentially plausible future theories. 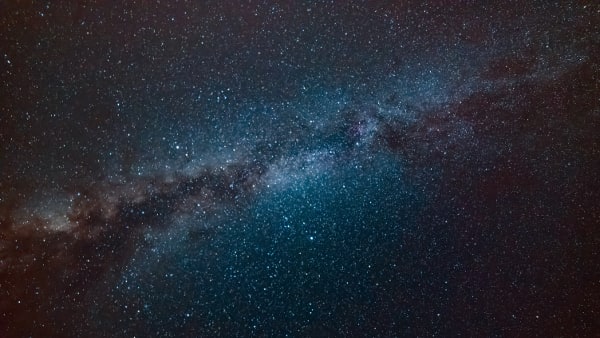 Space, the final frontier. These are the lingering words of perpetual reverberation, occurring in the minds of every Sci-Fi connoisseur, or likes thereof. The passage of time, accompanied by diverse breakthroughs, has had a profound effect on the definition of space. In this context, space portrays the prolific expanse engulfing the Earth, and not the three-dimensional Euclidean coordinate system. Outer space, although perceived as hard vacuum devoid of any form of matter, is all but an empty wasteland. Aristotle suggested that vacuum is in direct contradiction with laws of nature, stating that the existence of void space is therefore unthinkable.

As science advances, new types of matter, particles, and waves are constantly being added to that so-called empty space. Among others, yet to be discovered aberrations, space is filled with hydrogen plasma, helium, electromagnetic radiation, magnetic fields, neutrinos, dust, and cosmic rays.

The line which loosely marks the border between our pretty skies and atrocious abundance of horrors fatal to our existence, the Karman line, is set at an altitude of 100 km (62 mi) above sea level. This relatively small area is the only safe place for our fragile bodies, our blue proverbial home, confined as it may be. 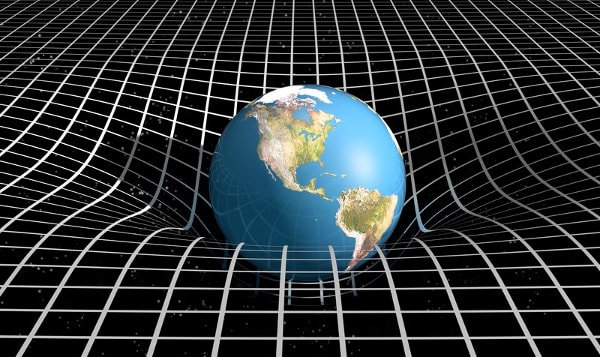 Albert Einstein, who published his theory of general relativity in 1915, was determined that objects of great mass cause a distortion in space-time, therefore causing a phenomenon known as gravity. The theory of special relativity, also written by Einstein, expounds that all non-accelerating observers are governed by the same laws of physics. Backed by the mathematical equations, he stated that the speed of light is constant in a vacuum, unrelated to the speed of the observer. As a direct result of this observation, Einstein made a logical deduction that both space and time were closely interwoven into a single continuum, known to this day as space-time.

Although it might be laborious or even impossible to comprehend Einstein's work, he postulated events occurring at the same time for one observer, could occur at different times for another. Time passes slower for faster moving objects than it does for a stationary, or slower ones. Although sounding like an expression from a domain of Sci-Fi, the term time dilation is used to depict this phenomenon. An average person, myself included, could barely understand the math behind Einstein's theories or even begin to understand the workings of the universe. There is, however, experimental evidence that should change the prefix of Einstein's work from theory to fact. A quite common visualization of this mind twister is the trampoline experiment. Setting a large body in the center of a trampoline would cause it to press down on the fabric, and create a dimple. If you rolled a smaller body, a marble if you will, around the edge of the large body, it would spiral inward and get pulled much in the same way a planet would exert its pull on the surrounding objects in space.

Modern realization of time has changed dramatically due to esteemed bright minds and advances in science and technology. Abundant processing power and bleeding-edge human-to-machine interfaces have contributed to placing theories under even more scrutiny. Unlike our past perception of time as being a straight line unrelated to space, we can now say, with high probability, that time and space are one interlinked continuum, with potential time travel and premonitions fitting right into this perspective. Fascinating and strenuous as it may be, we can almost grasp a tiny sliver of wisdom by observing the apparent relative acceleration of time with every passing year. 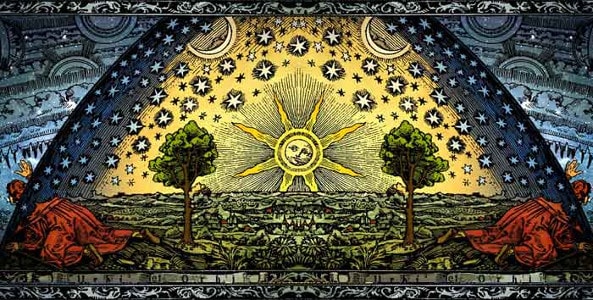 Assuming that space-time really is a symbiotic entity of sort, indivisible but malleable, it is therefore entirely plausible to infer that our perceived flow of time varies substantially. It is but a projection of our brains which steer the existence and maintain focus towards the comprehensible, only to shield us from gaining higher dimensional knowledge. The sheer amount of potentially infinite amount of data could be detrimental to the theorized limited capacity of the human brain. 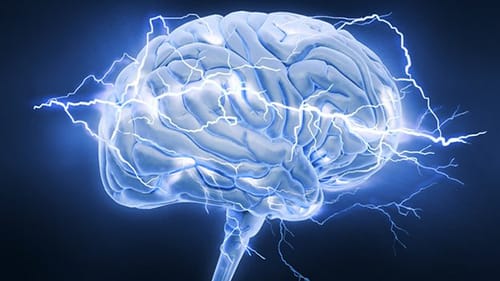 Quantum mechanics and quantum computing have been evolving constantly. The not so far fetched assumption would imply that we are headed towards another technological revolution; computers will undergo a drastic change and a well-known process of minimization. The current architectural model set by John von Neumann might cease to exist in its entirety, in the years to come. The binary calculators, which we call computers, will be replaced by quantum machines which are already here, being a part of our reality. The actuality is that quantum computers, although existing only in science labs, are still in their infancy. There will come a moment, as it was with the current copper-based binary units when evolution of quantum hardware will experience rapid growth and completely replace the current understanding of hardware and programming altogether.

If quantum theories are taken into consideration, it would seem that our brains should not be deemed feeble and limited as per the initial assumption. They serve the purpose of being our own biological computers which are, most likely, orders of magnitude more advanced and misunderstood that we ever imagined. There have been many attempts to get us closer to understanding how consciousness works, or what it actually is. Dr. Dirk K.F. Meijer, a professor at the University of Groningen in the Netherlands published an article in the September 2017 edition of NeuroQuantology that reviews and expands upon the current theories of consciousness that arise from the meeting of neuroscience and quantum physics.

“Our brain is not a ‘stand alone’ information processing organ: it acts as a central part of our integral nervous system with recurrent information exchange with the entire organism and the cosmos. In this study, the brain is conceived to be embedded in a holographic structured field that interacts with resonant sensitive structures in the various cell types in our body.” — Dr. Dirk K.F. Meijer

The idea proposed here is an arduous journey of comprehension resembling some hard to follow Sci-Fi story. Although, the term mind over matter really shines when observed in the context of multidimensional brain. Quantum entanglement has become quite a buzzword, and it describes a phenomenon in which particles appear to be connected over vast distances, existing in multiple locations at the same time. The proponents of quantum brain theories believe in a field extending far beyond the physical brain, the field of consciousness that is interlinked on a quantum level with the cosmos itself. 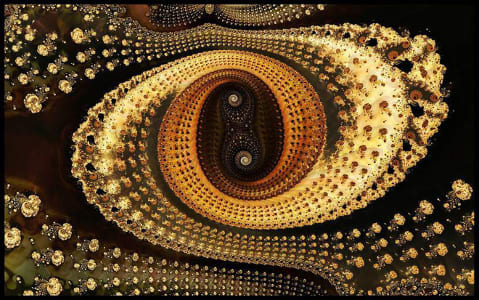 The implications of this are enormous, the physical brain becomes a transceiver or conduit for consciousness, with inherent ability to interlink with other brains and connect to a universal esoteric network of knowledge. The logical inference based on the summary of quantum brain theories shifts the notions of remote conveyance of thoughts and analogous abilities into the realm of feasible. 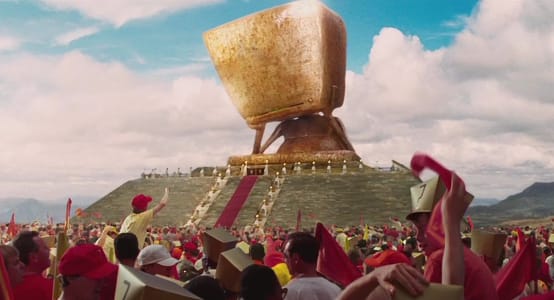 This article should not be considered a point of reference for anything; these are my thoughts inspired by various Sci-Fi stories and my curiosity about science and technology. I am not a scientist, nor I pretend to understand the hard math behind the popular theories mentioned in this article. I am just a software developer with a curious mind, trying to comprehend the unthinkable fringes of science. The conveyor belt, which by mind feels like at times, won't stop contemplating about questions which still cannot be answered.

Maybe we should just be grateful to Douglas Adams for giving us the answer to the ultimate question of life, the universe, and everything; the number 42.

“Don't Panic.”
― Douglas Adams, The Hitchhiker's Guide to the Galaxy

DEV VS Hashnode VS Medium: Where Should You Start Your Tech Blog

Be water, my friend