Fastify is a web framework for developing the backend of an application based on its powerful plugin architecture. Fastify efficiently handles the resources of the server and helps you serve the max number of requests per second.

There are many alternatives in market, then why focus on fastify ?
If you have worked with backend applications before you might have heard of some popular frameworks such as express, koa, hapi or restify. Out of these the most popular framework has been Express.js, due to its wide use and community support it is always at the top of charts. But in terms of performance it is not.

A good way to understand is by comparison.

Have a look at these comparisons I did between fastify and express.

The first image is of express, where we have used autocannon (a benchmarking tool).The number of requests served by express is 14k

When compared to fastify, it outperforms express. The number of requests served per second is 28K, two times than that of express.

You can also checkout this link, for benchmarks with other frameworks : Benchmarks

One of the primary reasons for the performance of fastify is because of its dependencies. Some of the dependencies that fastify uses:

If we take a close look at each of these dependencies.

That’s been said about dependencies, there is another reason behind fastify’s performance. 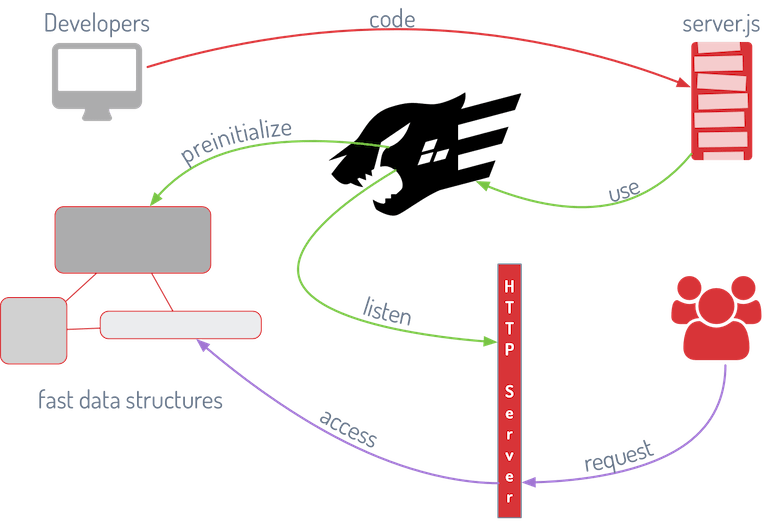 It's not just about dependencies it uses but it has been designed in such a way that it optimizes with v8 in the best possible way.

What code developer writes is used by fastify which is pre initialized so it is available at the time it is requested which makes it faster, the pre initialized data structures are fast and improves and the efficiency of the fastify framework making it more performant.

Please, let me know everyone if you have anything to add, or correct.

Once suspended, vinamrasareen will not be able to comment or publish posts until their suspension is removed.

Once unsuspended, vinamrasareen will be able to comment and publish posts again.

Once unpublished, all posts by vinamrasareen will become hidden and only accessible to themselves.

If vinamrasareen is not suspended, they can still re-publish their posts from their dashboard.