A model is the single, definitive source of data about your data. It contains the essential fields and behaviors of the data you’re storing. Generally, each model maps to a single database table.

we’ve learnt from the official docs that models.py in Django’s folder structure in your web application is the source of data. it contains everything you want to store in your database. we generally define tables, pre and post save methods etc., in models

we want a table with the following requirements, table should contains name, count, and timestamp of the metric. we’ll create a table in the following way. 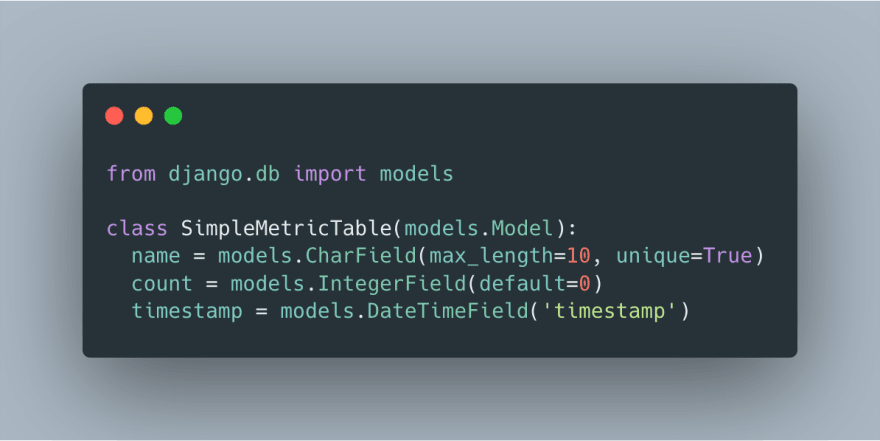 Elephant in the Room

After few months we’ve realised that the sqlite database which is the default when creating the project is not scaling. when you have multiple sources which create and modify your DataObjects from your SimpleMetricTable we need to move on.

MySQL to the rescue

the proper configuration would in the following form

this can be done in settings.py

login to your mysql database and create a database like metrics using CREATE DATABASE metrics; we’ll define this database in mysql.conf 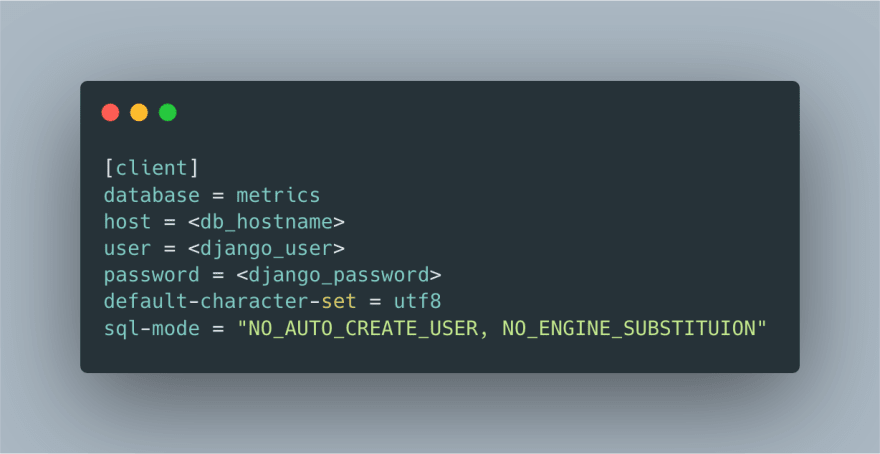 But hey 👋🏻 what about the data I’ve collected so far ? how do we port the old data from sqlite.db to our new shiny MySQL.

Dumping db to JSON in Django

After a bunch of IntegrityErrors and a couple of google searches using flags like --exclude auth.permission --exclude contenttypes while dumping data we’ve successfully ported our application to MySQL.

you’ve patted yourself in the back making a good day at work, started packing up for the day while watching your api output in the log. 👁 your application starts throwing 500 from some of the write requests. you check the code and everything looks fine. some of the requests are fine but those 500 makes you sit again.

Somewhere at the back of your mind there is an itch that this is due to the MySQL change you’ve done today. you start checking what type of data is being stored and written into your database. a thousand google searches follow.

Then you realise the mistake, the SimpleMetricTable you’ve ported from sqlite to MySQL has latin character sets and is not accepting utf-8 in MySQL

and you are good to go.

footnotes:
this was actually written a while ago in medium
medium link

Self-Host your own Ghost Blog

vinay
I mostly write about Books and Programming
What was your win this week?
#discuss #weeklyretro
6 Use Cases for Regex in Your Daily Work
#webdev #productivity #regex #programming
Meme Monday 😬
#jokes #discuss #watercooler

Once suspended, vinaybommana7 will not be able to comment or publish posts until their suspension is removed.

Once unsuspended, vinaybommana7 will be able to comment and publish posts again.

Once unpublished, all posts by vinaybommana7 will become hidden and only accessible to themselves.

If vinaybommana7 is not suspended, they can still re-publish their posts from their dashboard.

Once unpublished, this post will become invisible to the public and only accessible to vinay.

Thanks for keeping DEV Community 👩‍💻👨‍💻 safe. Here is what you can do to flag vinaybommana7:

Unflagging vinaybommana7 will restore default visibility to their posts.