In this article, we are going to see how to run/launch the Jupyter notebook inside the docker container.

We have to know our GUI Display variable of our localhost by running the following command.

Then we have to create the docker container by using following command.

Here, we are giving docker network as host network in order to reach the host and access the host environment, since we are going to use host's Graphical Interface to run the GUI applications on Docker containers.

We are importing a environmental variable DISPLAY in order to get that display to run GUI applications.

Now, you are inside the Docker container. But, you may notice that your hostname on bash is not changed.

You can also verify using your IP or running any non-default applications.

Next step is to install firefox and Python3, because Jupyter is a python library so we required Python and Jupyter runs on the top of firefox.

You can install those packages using the following command.

After installing those packages, final step is to install Jupyter using pip3 by using following command.

Now, your Jupyter library is installed. You can use it by running the following command.

Since, due to security concern, Jupyter cant run in root mode.So, we add --allow-root in order to launch Jupyter in root mode. 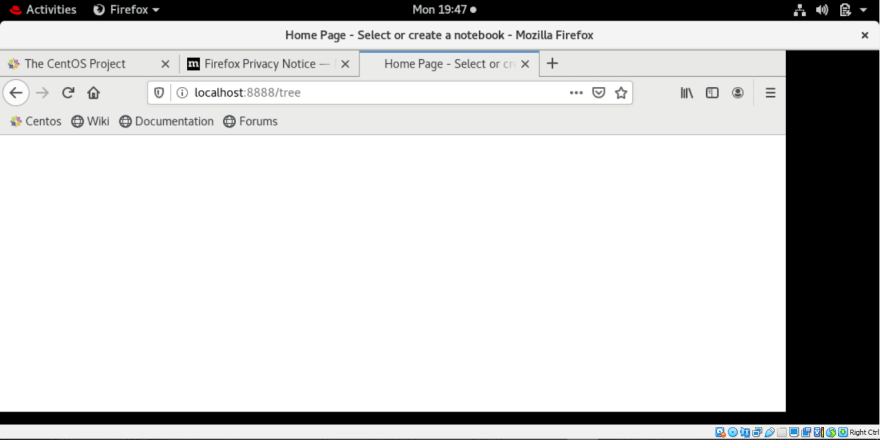 Finally, we launch Jupyter notebook inside the container. Now, you can run any ML models on Jupyter.

Thats it. Thank you for your reads. Stay tuned for my upcoming article!!

Sri Vishnuvardhan A
A Tech Enthusiast who loves to learn & integrate multiple technologies and keen to find the innovative solution of it to solve the existing challenges!!
Create, Crop, Swap and Collate a BGR image using Python
#python #deeplearning #opensource

Once suspended, vishnuswmech will not be able to comment or publish posts until their suspension is removed.

Once unsuspended, vishnuswmech will be able to comment and publish posts again.

Once unpublished, all posts by vishnuswmech will become hidden and only accessible to themselves.

If vishnuswmech is not suspended, they can still re-publish their posts from their dashboard.

Once unpublished, this post will become invisible to the public and only accessible to Sri Vishnuvardhan A.

Thanks for keeping DEV Community safe. Here is what you can do to flag vishnuswmech:

Unflagging vishnuswmech will restore default visibility to their posts.