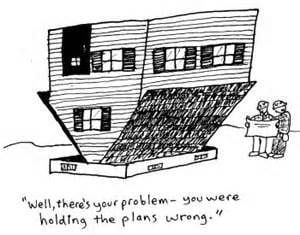 My previous blogpost start from the house picture - as analogy about architecture. But I found some problems with this analogy: 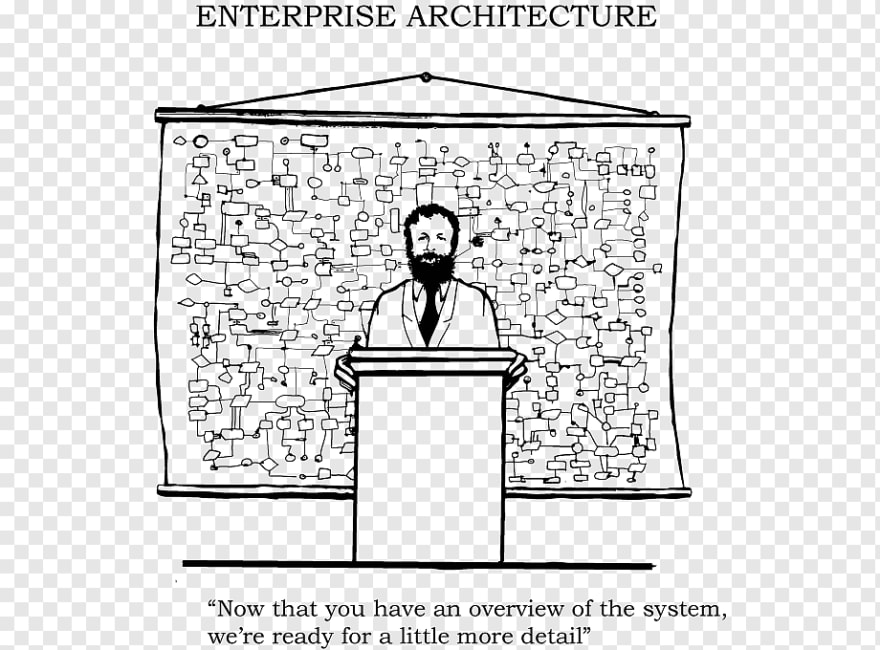 There are three fundamental understandings of architecture, the recognition of which helps situate architecture with respect to rest of software engineering: 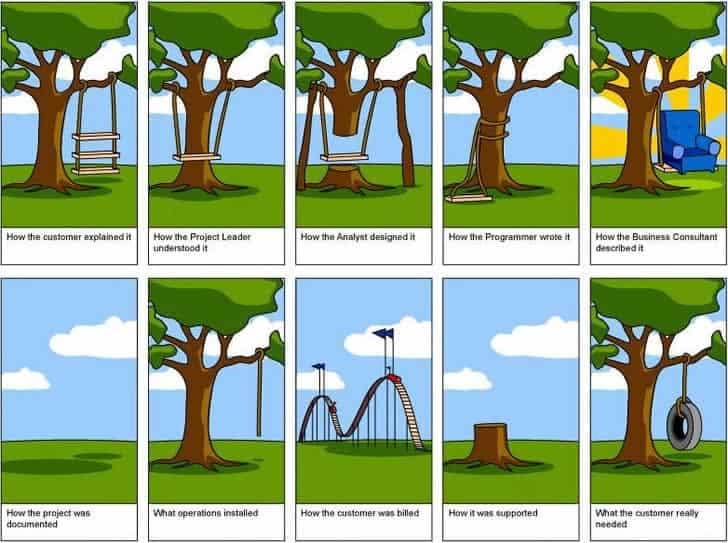 Consideration of architecture rightly and properly begins at the outset of any software development activity. Notions of structure, design, and solution are quite appropriate during the requirements analysis activity.
In waterfall model, indeed in most process models, the initial phase of activities is focused on developing the requirement for an application - the statement of what the application is supposed to do.

Designing is, by definition, the activity that creates a system's software architecture -its set of principal design decisions.

The architect must deal, for example, with:

Object-oriented design (OOD) is usually tight in the context of object-oriented programming, that is, reduction of an algorithm to machine-executable form. The essence of OOD is the identification of so-called objects, which are encapsulations of state with function for accessing and manipulation that state. Numerous variations are found in different object-oriented programming languages regarding the way object are specified, related to one another, created destroyed, and so on.

This approach known as domain specific software architecture, is appropriate when prior experience and prior architectures are able to strongly influence new projects. The key notion is that if a developer or company has worked within particular application domain for many years, it is likely that a best approach or best general solution for application within that domain will have been identified. Future application in that domain can leverage this knowledge, whit those application having their fundamental architecture determined by the architecture of the past generation applications. The technical essence of the domain-specific software engineering approach is to capture and characterise the best solutions and the best practices from past projects within domain in such a way that production of new applications can focus more or less exclusively on the points of novel variation.
To effectively follow the DSSA approach, good technical support is required: The architecture of the previous generation of application must be capture and refined for reuse; the points of allowable variation must be identified and isolated, the interfaces between the points of variation and the core architecture must be made explicit, the dependencies between multiple points of variation must be identified, and so on.

The implementation does have an architecture: It is latent, as opposed to what is documented.
Failure to recognize this distinction:

Analysis and testing are activities undertaken to asses the qualities of an artifact. One of the virtues of conduction analysis before code exists is cost savings: The earlier an error is detected and corrected, the lower the aggregate cost.
First, the structural architecture of an application can be examined for consistency, correctness, and exhibition of desired nonfunctional properties. If the architecture upon which the implementation is (later) based is of high quality, the prospects for a high-quality implementation are significantly raised
Second, the architectural model may be examined for consistency with requirements. Regardless of whether the requirements were developed in the classical way (that is, before any development solution notions).
Third, the architectural model may be used in determining and supporting analysis and testing strategies applied to the source code
Fourth, there architectural model can be compared to a model derived from the source code of an application. This is a form checking your answer.

Software evolution and software maintenance - the terms are synonymous - refer to all manner of activities that chronologically follow the release of an application. There range from bug fixes to major additions of new functionality to creation of specialised version of the application for specific markets or platforms.
The typical software engineering approach to maintenance is largely ad hoc. In a best-practices situation, each type of change cause the software process to return to whatever point. Thus, if new functionality is requested, the requires returning the requirements analysis phase and then moving forward sequence from there.

The typical assumption of software design is that the process can proceed in general manned of architectural design or engineering design, which can be summarised (Jones 1970) as consisting of the following four stages