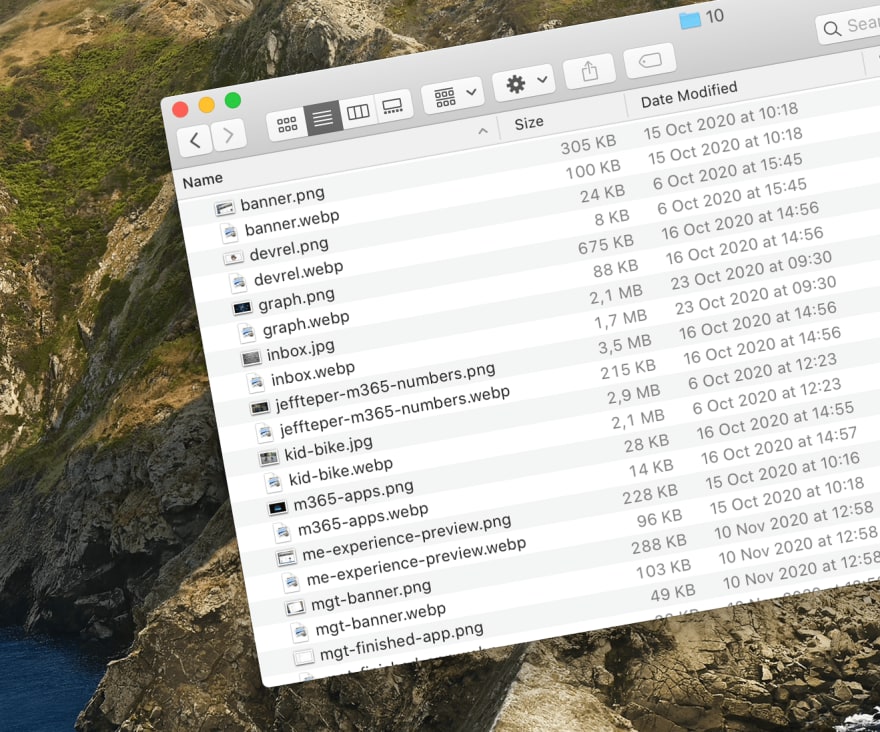 A while back I wrote about how you can convert multiple images to WebP using PowerShell. Here's how you can do the same using JavaScript.

WebP is a great format for images on the web that can help you improve the performance of your web app or site. I use images a lot when writing and if I look at my images, WebP is typically significantly smaller. 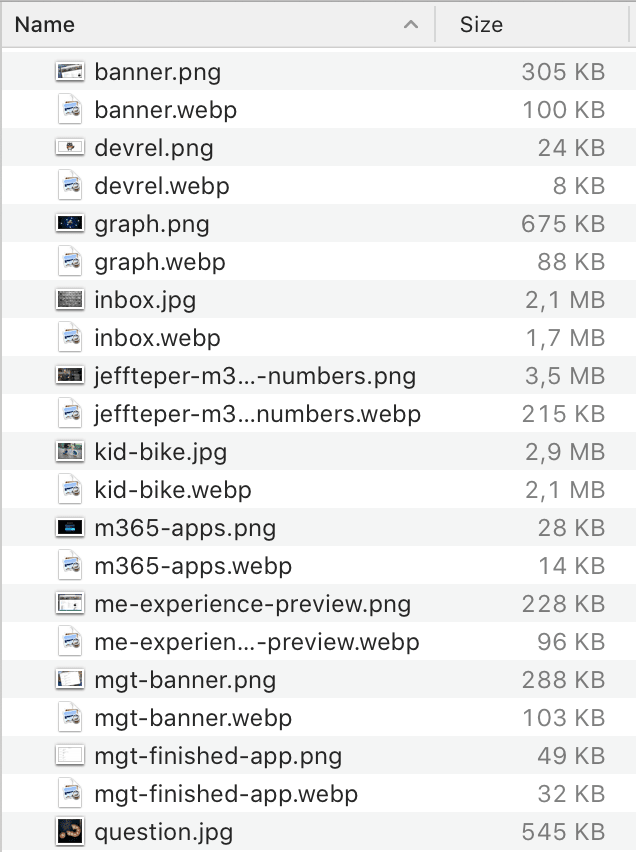 Recently I showed you how you can convert multiple images to WebP using PowerShell. With a short script, you'd grab images modified in the last hour and convert them to WebP using Google's cwebp tool.

If you don't use PowerShell regularly, starting it up just for this task would be tedious. So rather than having to install PowerShell, here's how you can do this using JavaScript from bash, zsh, fish, or any other shell.

Here's a simple script built using JavaScript that takes files modified in the last hour and converts them to WebP using cwebp. To run it, you need to have installed Node.js and Google's zx. Save the file on your disk with the .mjs extension and for ease of use alias it with something like cwebps (the s in the end indicating you'll be converting multiple files). Don't forget to make the script executable by running chmod +x ./script.mjs.

Let's have a look at what the script does line by line. We start with a shebang (#!/usr/bin/env zx) pointing to zx so that your shell knows how to execute the script when you call ./script.mjs in your terminal. Next, we load fs and path to get access to filesystem functions in Node.js. With prerequisites in place, we start the script.

First, we get the list of files in the current directory. We exclude files with the .webp extension. Next, we define the timestamp for one hour ago. This will help us include only files that we've worked with recently. If you want to use this script differently you'll need to modify or remove this line.

Then, we iterate through the list of files. For each file, we get its metadata. If the file is a directory or has been modified more than one hour ago, we skip it. Next, we get the file's name without its extension and we end up calling the cwebp tool to convert the image.

That's it! You can now easily convert multiple images to WebP with just one command.

Once suspended, waldekmastykarz will not be able to comment or publish posts until their suspension is removed.

Once unsuspended, waldekmastykarz will be able to comment and publish posts again.

Once unpublished, all posts by waldekmastykarz will become hidden and only accessible to themselves.

If waldekmastykarz is not suspended, they can still re-publish their posts from their dashboard.

Once unpublished, this post will become invisible to the public and only accessible to Waldek Mastykarz.

Thanks for keeping DEV Community safe. Here is what you can do to flag waldekmastykarz:

Unflagging waldekmastykarz will restore default visibility to their posts.