Note from dev.to: We will be having a 1pm EDT Twitter chat today (March 22) to discuss the results. Follow along on hashtag #StackSurvey17

As the foremost destination for programmers in need and those willing to help, Stack Overflow has unique access to the collective pulse of the developer community. So the results of their annual survey, which were released today and tapped the experiences of over 60,000 developers, always feel like a reliable reflection of the industry's current trends.

Check out the report and you'll soon realize the wealth of patterns available to explore. Plus, Stack Overflow will be anonymizing and releasing the raw results, which will create a nice recursive opportunity for programmers to use their programming skills to analyze results created by programmers, about programmers, in the process confirming the very programming skills that the survey revealed, while…well you get it.

Before any of that goes down, though, even the basic trends that Stack Overflow highlighted are worth talking about. Here are five in particular, each of which will be expounded upon in a dedicated post later this week. 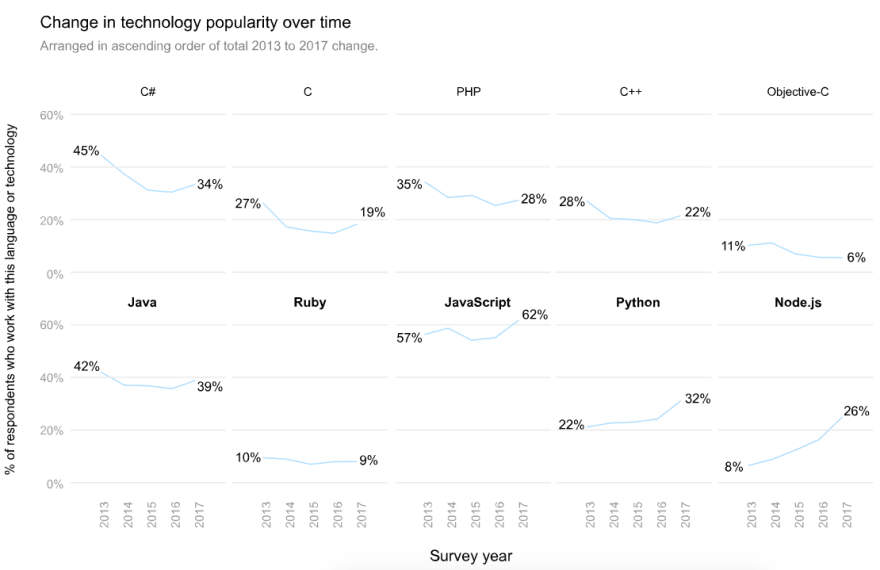 One of the strengths of Stack Overflow's survey is that it's slowly turning into a longitudinal project. They now have information about what languages devs are using dating back to 2013, which allows us to see that several older languages, like C and C#, are becoming less prevalent while Javascript and Python have matured into industry stalwarts. 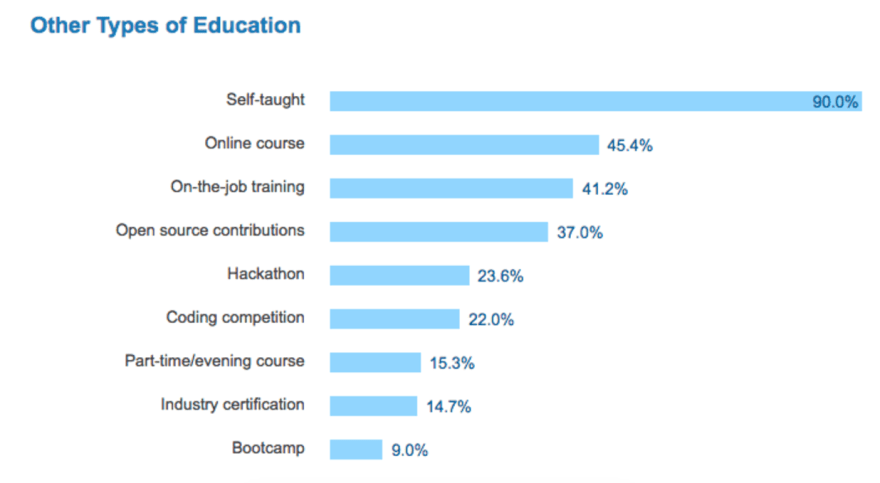 It's no surprise that tech, which so often is concerned with scaling up shared information and experiences, is inundated by those with the discipline to use available resources to teach themselves. So while interactive, in-person approaches like bootcamps or part-time courses definitely play a role, nine out of ten devs still rely on just sitting down with themselves and figuring it out. 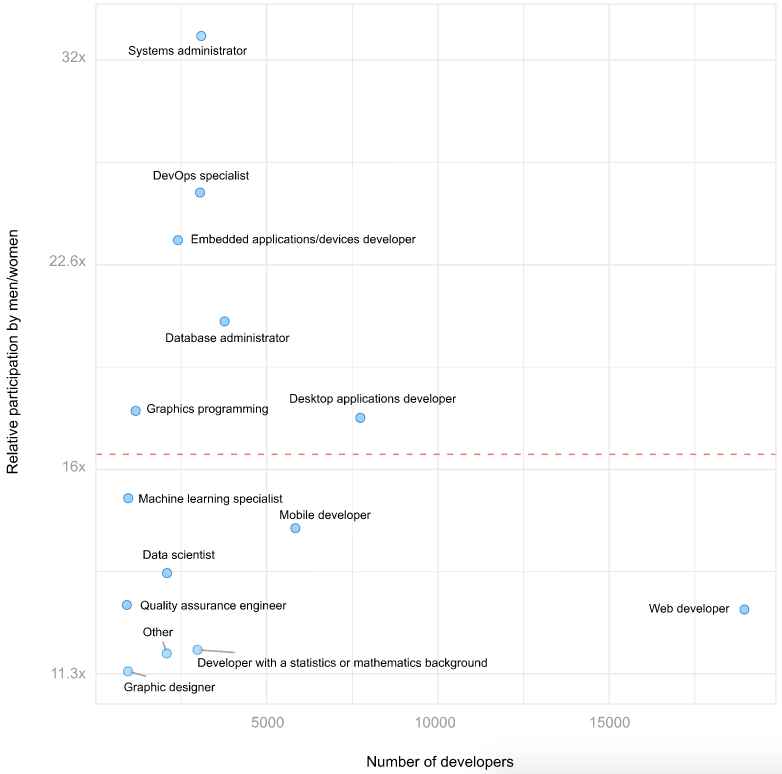 Organizations in the software industry are trying (and succeeding, albeit slowly) to rectify the massive gender gap among developers. What's interesting, beyond the basic figures, is where there's the most room for improvement: while there are more than 30 male sysadmins for every female one, graphic design and data science have a bit more balance.

Stack Overflow has indicated that this is an area of the data they will be conducting further research in before the full data is released, so I'd caution against looking into this area too much before that time.

Even as tech giants like IBM and Yahoo! have shifted their protocol away from WFH options, two thirds of devs still spend at least a few days per month working remotely, and about a fifth do so at least half the time. Seeing if this trend has reached its saturation point will be an interesting follow-up point as the survey continues to grow.

5. Show Me the Money

Learning to code is often characterized as a lucrative career reorientation, but those that already can don't quite feel like they're getting enough love. Well over half of devs consider themselves somewhat or greatly underpaid, while only about eight percent think they're overpaid.

Each one of these graphs is worth a much longer discussion, especially when examined in conjunction with some of the other points of interest from SO's overflowing report. Check back on dev.to throughout the week to see deeper dives into some of these issues, and I encourage you to use the #stacksurvey17 on dev.to to make your own breakdowns of the data, both now, and when the full dump becomes available.

How to organize flutter apps in android studio