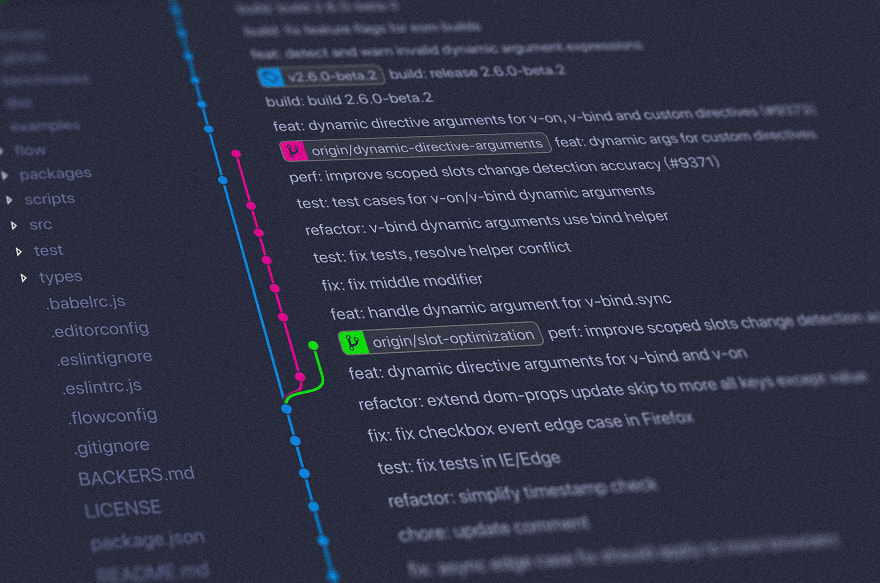 The final version of our bash script copy_commitswould be like this

Let’s assume that we have two branches dev1 and dev2, and we want to move a set of contiguous commits from dev1 to dev2

We will do the following steps to automate the task.

Following is the code for the abnormal_exit() function

Step 2: Getting commits’ hash from the source branch and storing it into an array

Step 3: Applying commits on the target branch by picking them from the commits array

We have got all the commits into the commits array. Now, we have to check out the target branch.

We have to pick each commit one by one and run the cherry-pick command. But, remember that we have to pick the commits in reverse order because the latest commit is at the start of the array. That is why we will start picking commits from length-1 index of the commits array. 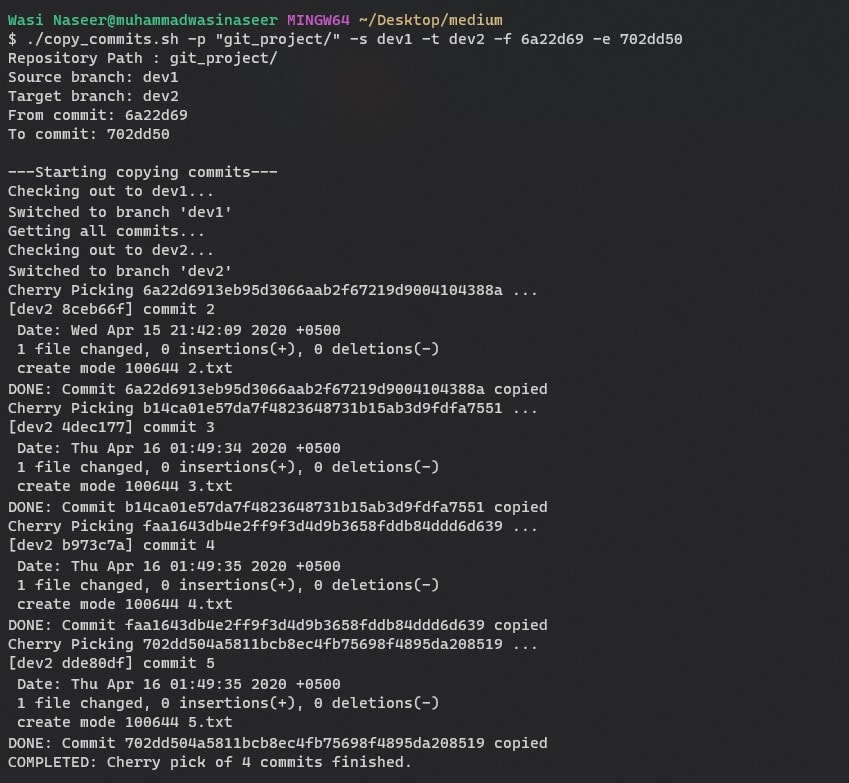 Screenshot of the script when executed

👋 Every week new members join DEV and share a bit about them in our Welcome Thread!

How to recursively remove .DS_Store

Coding My Way Into The Magic Kingdom

New git guidelines: We have switched to Conventional Commits

Muhammad Wasi Naseer
Java Backend Engineer at VentureDive, Munchies | Java Backend Engineer| Python | Mobility https://stackoverflow.com/story/wasinaseer
Should Developers Specialize or Generalize?
#career #beginners #webdev #codenewbie
5 Life-Changing Lessons I Learned From Being Laid Off That Will Put You Ahead Of 97% Of People
#beginners #productivity #motivation #codenewbie
Why I Decided to Invest in My Portfolio as a Junior Developer
#webdev #career #codenewbie #help

Once suspended, wasinaseer will not be able to comment or publish posts until their suspension is removed.

Once unsuspended, wasinaseer will be able to comment and publish posts again.

Once unpublished, all posts by wasinaseer will become hidden and only accessible to themselves.

If wasinaseer is not suspended, they can still re-publish their posts from their dashboard.

Once unpublished, this post will become invisible to the public and only accessible to Muhammad Wasi Naseer.

Thanks for keeping DEV Community 👩‍💻👨‍💻 safe. Here is what you can do to flag wasinaseer:

Unflagging wasinaseer will restore default visibility to their posts.