The WayScript text message trigger allows us to execute a script whenever a text message is sent to a certain number, containing an execution command for the script you're trying to execute. For example, the text may look something like this: 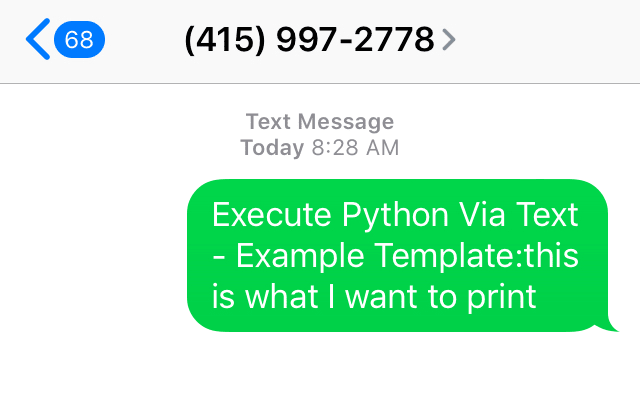 Building this in WayScript, we pull a time trigger into our workflow and turn it on: 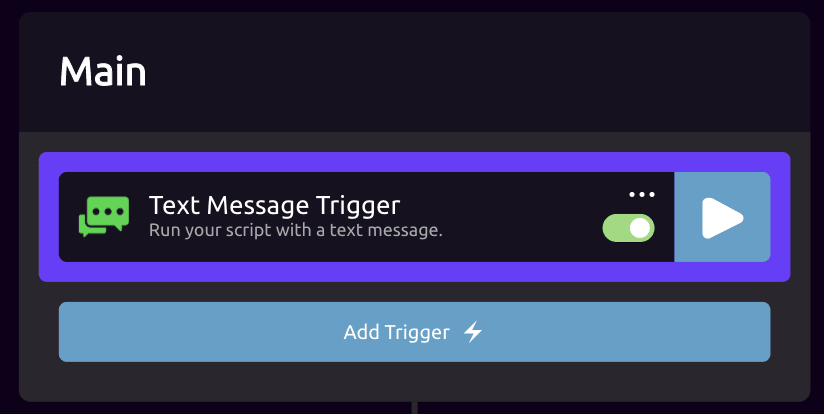 The first time you use this module, you will have to connect your phone number for verification. After that, we can configure the outputs to receive from the test message. These are the values following the execution command in your message.

Here we're creating a variable called message, which will get assigned the value provided in the text message.

Since we want this text message to execute a python script, let's pull a python module as the next step in the workflow. 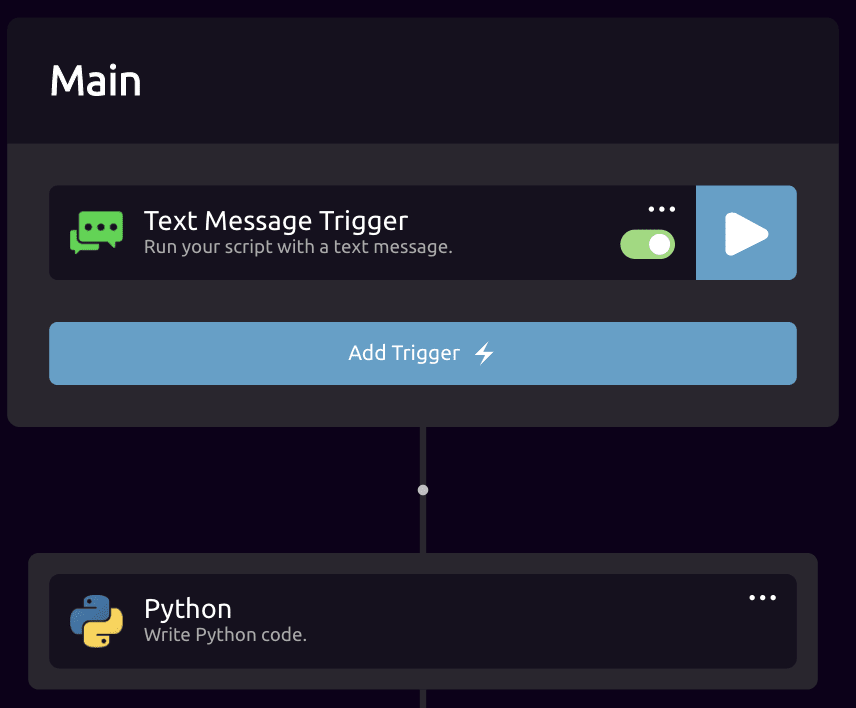 By placing this under an activated text message trigger, this python script will execute any time a message is received. However, to provide a customized response, let's do something with the input provided by the user's message.

While we're not doing much here, we're taking the input, processing it, and creating a new variable that we can pass to another module. We can "export" this new variable out of python and back to Wayscript using the variables dictionary. There's limitless possibilities at this step.

Passing Back a Response

Now that we've created the response in the python module. Let's pass it back as a text message to the user. 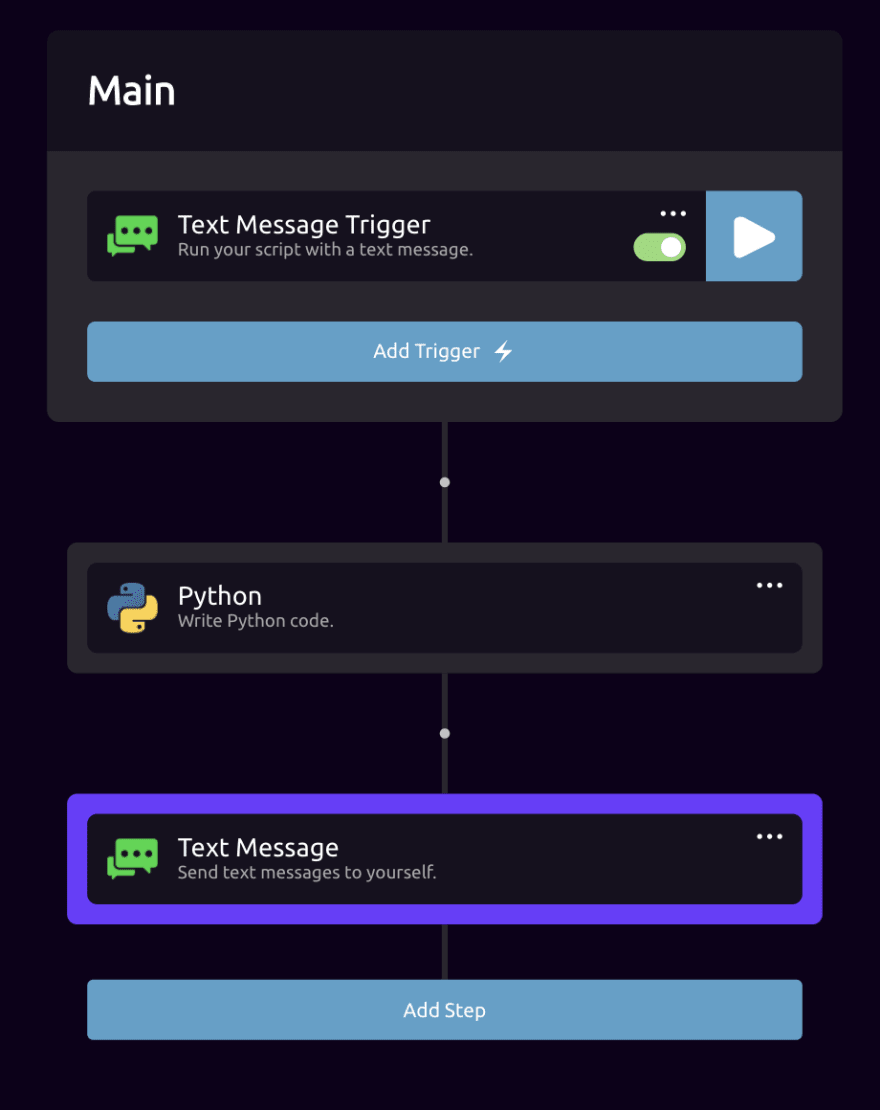 We can write the resposne that we want into the body of the message. But in this example, let's just use that variable we created by dragging it in.

This will return that python response directly back to the user. 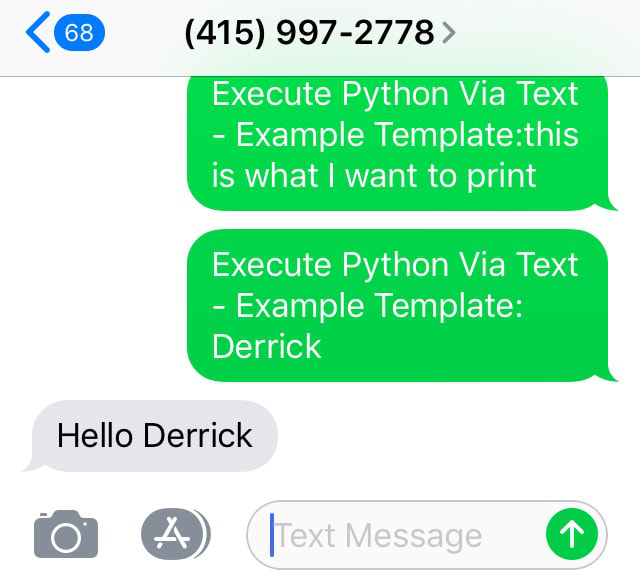 If you have any questions or concerns, please feel free to reach out to us on our discord channel. If you want to view this completed script, you can find it here.

Once suspended, wayscript will not be able to comment or publish posts until their suspension is removed.

Once unsuspended, wayscript will be able to comment and publish posts again.

Once unpublished, all posts by wayscript will become hidden and only accessible to themselves.

If wayscript is not suspended, they can still re-publish their posts from their dashboard.

Once unpublished, this post will become invisible to the public and only accessible to Derrick Sherrill.

Thanks for keeping DEV Community 👩‍💻👨‍💻 safe. Here is what you can do to flag wayscript:

Unflagging wayscript will restore default visibility to their posts.