Last year I wrote a blog post about combining several tools to automate simple NodeJS app updates on git push. Many users were solving similar problems by writing local web servers in Ruby, Python or PHP to receive webhooks and then do async processing. I am happy to announce that we finally decided to add this feature to the relay CLI. Now, to execute a bash script, you can:

And to launch a Python app on webhook:

This opens up some interesting posibilities to create pipelines that can react to pretty much anything that emits webhooks. In this article I will show you how to build a GitOps style pipeline that keeps a Docker Compose deployment in sync with a docker-compose.yaml hosted on a git repository.

Repository with scripts that I used for this article can be found here: https://github.com/webhookrelay/docker-compose-update-on-git-push.

First step is to do the initial deployment. We will create a simple dockerized Python application that you can find here that connects to Redis and deploy it:

Since we only want to update on git tags and not just any pushes, let's configure a webhook and analyse the payload.

To achieve that, let's first create a bucket with an internal output:

Here, bucket will be used later to subscribe to github requests while destination is just a mandatory argument that we don't have to use in this case.

Grab that https://my.webhookrelay.com/v1/webhooks/*** URL and go to your repository's settings -> webhooks section. Once there, set:

Now, go to your repository's releases page (for example https://github.com/webhookrelay/docker-compose-update-on-git-push/releases) and make a new release 1.0.0. Then, if you visit bucket details page or logs page - you should see webhook from Github. Open it and let's inspect the payload. It's quite lengthy but we should be able to see

in the top. To ensure that we only react on these events, create a rule: 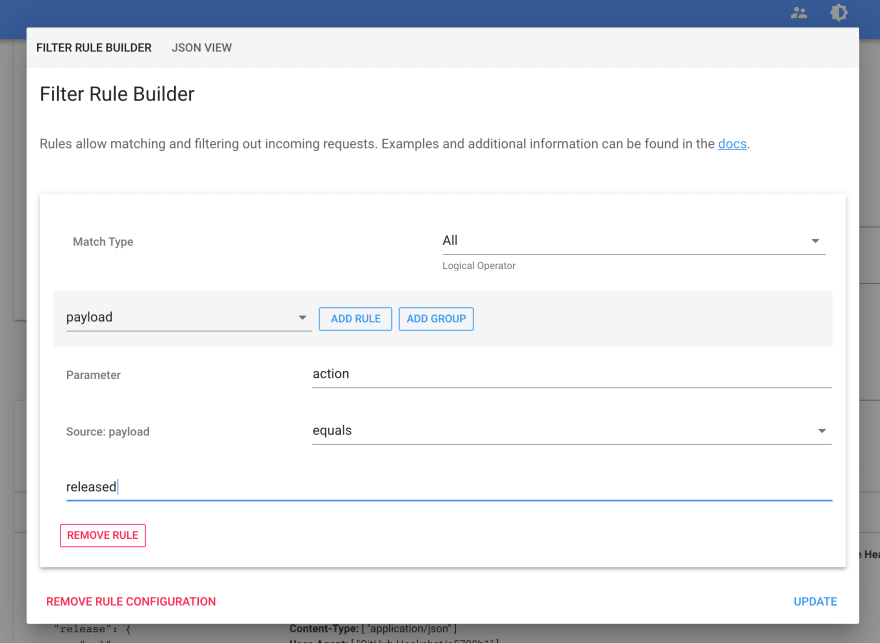 If you tag another release, you should see now that only one webhook was forwarder

Our update script is:

To start the relay, run:

This will be running it through your terminal. For production use cases, please use background service mode. It will ensure that the daemon is launched on OS startup.

Next step would be to build a new image 0.2.0 and push it to the registry. Once it's available, we can update our github repository docker-compose.yml and make a new release. For the sake of this example, let's do this through the Github UI.

In a few seconds you should see a new container running: 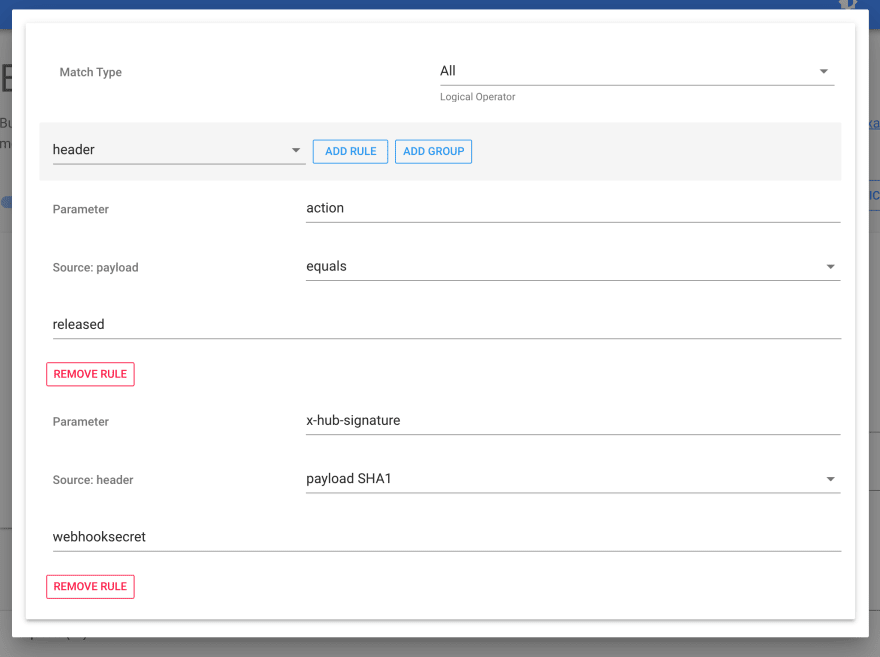 This will ensure that only webhooks signed by Github will be processed.

I have somewhat successfully used these tools to update containers:

Both tools work if you have a simple setup that just needs to track latest tags. However, if you have multiple containers with semver (or any other versioning mechanism) - those solutions do not work. That's why it's useful to have an either .env or docker-compose.yml config with image tags committed into git and synchronized into the host that runs the services.

As with any code executed on your machine - you have to be careful when automating tasks. Webhook Relay will provide you with a unidirectional flow of webhooks into the machine. Your script/applications are on your machine and cannot be modified remotely through Webhook Relay. Coupled with authenticated webhook endpoints (you can configure it on a bucket level) or webhook payload checksum validation - you can build a secure update mechanism.

Cloud computing – everything you need to know