We can now provision ‘Serverless’ Cosmos DB accounts, only paying for Request Units when we use them! 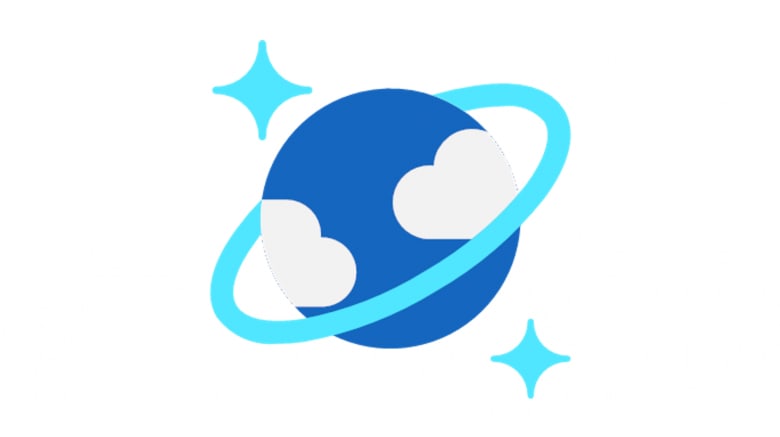 Out of absolutely nowhere (it’s been a hell of a week!), the Cosmos DB team announced today that the Serverless preview has been released for the Core API (or SQL)! You can head to Azure right now and provision Cosmos DB accounts without having to provision any throughput.

With Serverless mode, we now have two methods of provisioning throughput in Cosmos DB that we set when we create the account:

What’s so special about Serverless mode?

This is a dramatic change to the way that we provision throughput. Traditionally, we would have to provision throughput at a constant rate. This would be costly, particularly if our applications that use Cosmos DB were idle. It was a nice way to burn money (if that’s your thing) but it turned a lot of developers away from using Cosmos DB.

With Serverless, we now pay for throughput only when we perform operations on our Cosmos DB account.

In terms of capability, there are no differences compared to Cosmos DB accounts that have provisioned throughput. However, with Serverless, we can only have 1 Azure region per Cosmos DB account. We also have a maximum limit of 5000 RU/s and a maximum of 50 GB of storage on our containers.

These are the current limitations of Serverless. I’m hoping once Serverless mode goes GA, the number of Regions per account will increase 🤞

This article discusses some of the features of Serverless that will be available once the service goes GA:https://docs.microsoft.com/en-us/azure/cosmos-db/serverless#performance

Why would we use Serverless?

With Cosmos DB Serverless being more cost effective, we can use it in the following scenarios:

Creating a Serverless Cosmos DB account is only possible via the Azure Portal at this time. We can only provision Serverless accounts for the SQL API. When creating our account, choose Core (SQL) API as your API and then pick Serverless (preview) under Capacity mode: 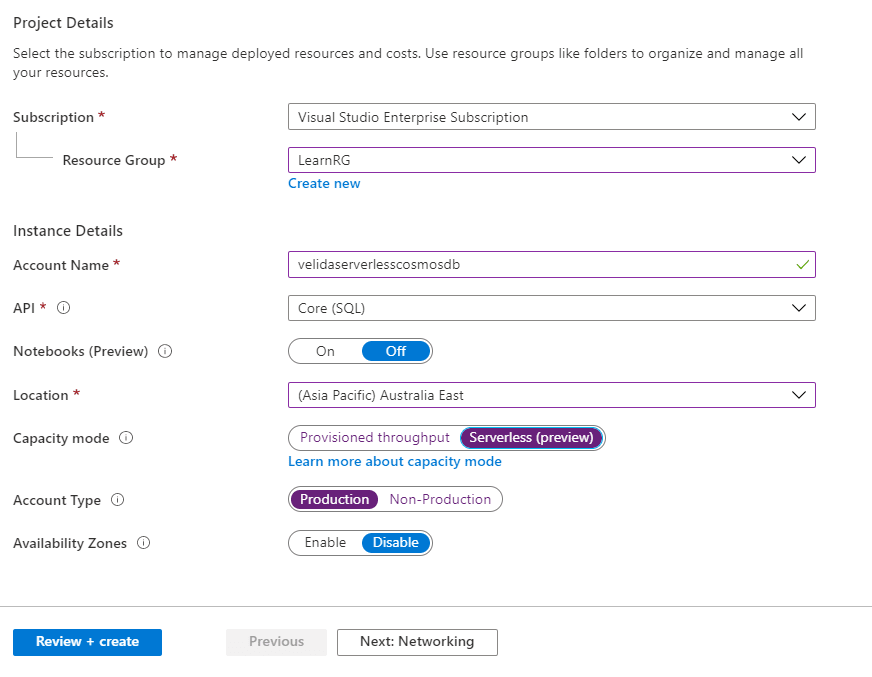 Once our account has been provisioned, we can start creating some containers and databases just like we would for provisioned throughput account. The only difference here is that we don’t have to specify how much throughput we want to provision, we will have our limit of 5000 RU/s. 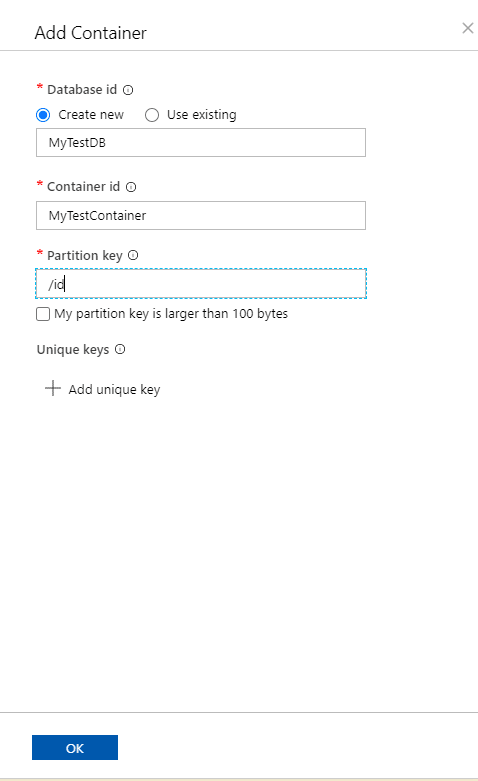 Once our Container has been created, we can set the Time-to-live and indexing policy just as we would in a traditional account, but we aren’t able to change the throughput allocated to it:

What I would like to see in the future

Serverless will dramatically lower the bar of entry into Azure Cosmos DB! I’m really excited at the prospect of seeing more developers use Cosmos DB thanks to this feature. I’m hoping that when Serverless goes GA, we’ll see the following features:

Sounds cool! Where can we learn more?

If you want to learn more about Cosmos DB Serverless, check out the following Microsoft docs:

I’m hoping to release a video on Cosmos DB Serverless when live calms down a bit, but if you have any questions in the meantime, please feel free to comment below!

Thanks for keeping DEV Community 👩‍💻👨‍💻 safe. Here is what you can do to flag willvelida: