Http-served REST and HTTP + JSON has became popular with great human readability, we can fairly easily call remote functions with a curl line on console.

While it is great to have an highly readable exchange format, I also strongly lean to the opinion that calling an API through HTTP should ideally feel as integrated as calling a function from an imported library.

If you use web frameworks like Django, Rails, Spring or Nest.js you can easily produce OpenAPI definitions through your application code, since those gather information enough to collect not just which routes are exposed, but also which data types they use to communicate. OpenAPI serves as a solid exchange format to help API metadata traverse between different languages.

Given some REST API and its OpenAPI definition, I'd like to invoke this API's methods from my TypeScript front-end codebase in a type-safe way, just as functions, abstracting away details from the (http) protocol.

We will be using SendGrid's REST API as an example here. The link includes an OpenAPI representation as both json or yaml. While they have a custom render for this API on their website, you could also paste the .yaml into the swagger editor.

Let's take as a sample a random method: 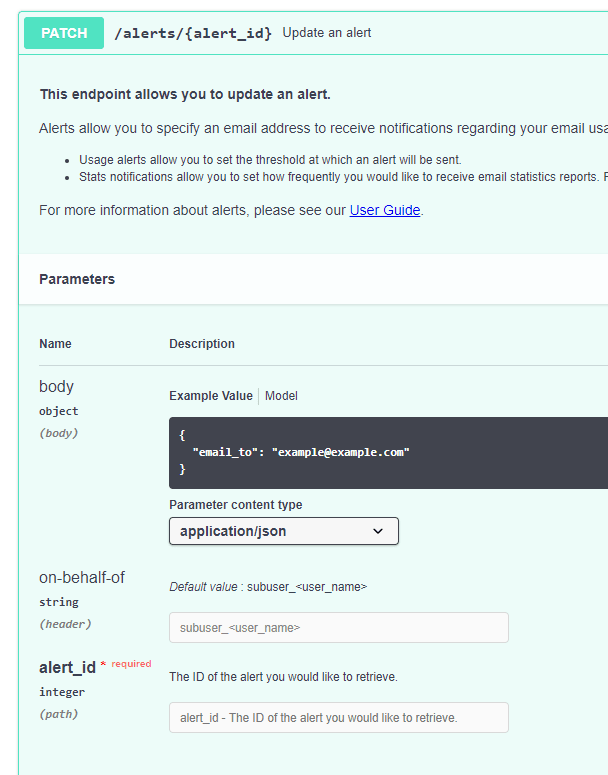 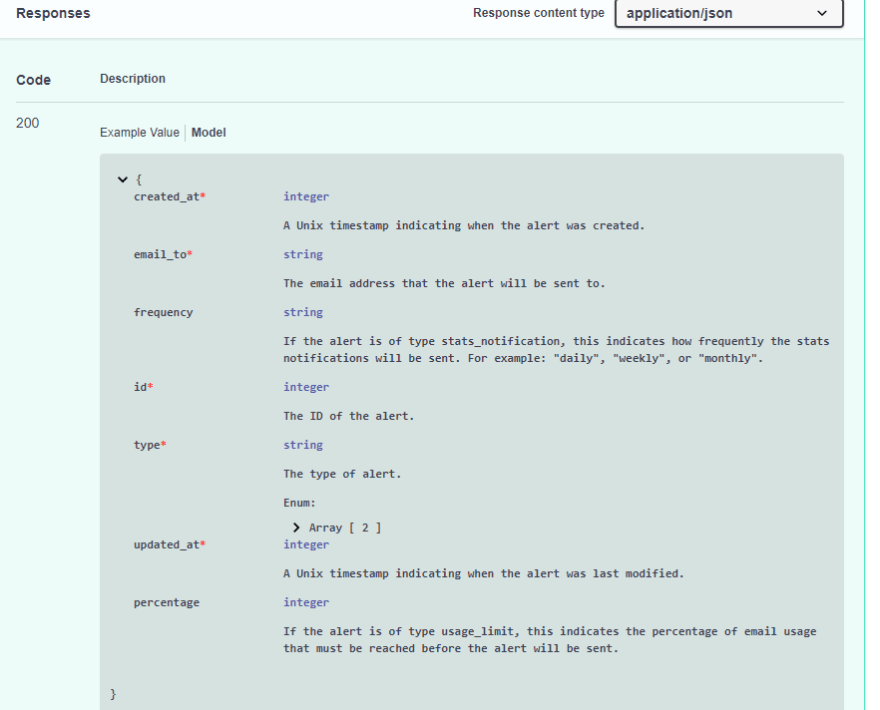 OpenAPI includes a decent handful of information about that API, such as:

The way the API definition maps to code may vary according to the tool we use for the integration. Nonetheless I'd like to point out a couple of features I desire for this API call:

Since type information is static, it is quite hard to escape having a code generation step. Most of the drawbacks of integrating API's this way come from the need to use code generation.

Now it doesn't seem that using OpenAPI generated code is a fairly common practice, as most code generators found on google are not really popular. Some alternatives I researched are:

I'll be using my own-rolled swagger-ts-template for this sample, but you could try any other. This lib's code generator is invoked through a javascript API, here it is a sample.

It generates code on a defined folder, using the following structure: (you can also see a sample on the github repo)

Below an example of the generated code:

Wiring up the request

The boilerplate tries to impose not much opinion on how you should perform the requests. You need to write the "protocol bridge" yourself.

Here's a sample using fetch and assuming all requests work with JSON:

This boilerplate includes global empty interfaces MergeToRequest and MergeToResponse which can be extended through typescript's interface augmenting in order to provide a bit of extra flexibility for edge cases or custom handling.

The code generation step has a couple of options which may be useful to provide a bit more flexibility on the usage of the template. You usually won't need to tweak tweak here. Special mention to mapOperation, which may be used to tweak the swagger.json input for things like changing the operationIds.

This was a quick sample on how to get better integration between an API and the web frontend. It has been serving me great for some years now. I hope you did enjoy!

Once suspended, wkrueger will not be able to comment or publish posts until their suspension is removed.

Once unsuspended, wkrueger will be able to comment and publish posts again.

Once unpublished, all posts by wkrueger will become hidden and only accessible to themselves.

If wkrueger is not suspended, they can still re-publish their posts from their dashboard.

Once unpublished, this post will become invisible to the public and only accessible to wkrueger.

Thanks for keeping DEV Community 👩‍💻👨‍💻 safe. Here is what you can do to flag wkrueger:

Unflagging wkrueger will restore default visibility to their posts.