Things to know or be aware of before diving into execution context.

JavaScript is the language of the browsers. It has the following characteristics:-

With these in mind let’s get into execution context.

What is execution context?

Execution context is a conceptual description of the environment in which codes are run, read and executed by JavaScript engine. It comprise of memory & the thread of execution. There are three types of execution context. These are:-

How is the execution context created?

The execution context is created in two phases. These are the creation and execution phase.

During the creation phase the Js engine only reads the code and sets up the variable environment, lexical environment and the value of this(keyword) as it goes through the thread of execution.

During this phase the following happens:-

So the JS engine parses the code line by line and stores the variable identifiers totalDistance & runnerName as well as function runningMiles in live memory. This is what results in hoisting. A situation in which

the variable and function declarations are put into memory during the compile phase, but stay exactly where you typed them in your code.

It then assigns totalDistance the value of undefined since it was declared with var. And function definition was assigned to function runningMiles while variable runnerName is left uninitialized during creation or compiling phase. This is because variables declared with let and const don't get assigned values or get initialized until the execution phase. That is the reason why we are able to access or reference variable declaration with var & function declarations before initialization or execution.

This means you can't access runnerName or any variable declared with either let or const before JS engine evaluates it at the line it was declared. This is what is called "Temporal Dead Zone".

let variables cannot be read/written until they have been fully initialized, which happens when they are declared (if no initial value is specified on declaration, the variable is initialized with a value of undefined). Accessing the variable before the initialization results in a ReferenceError. 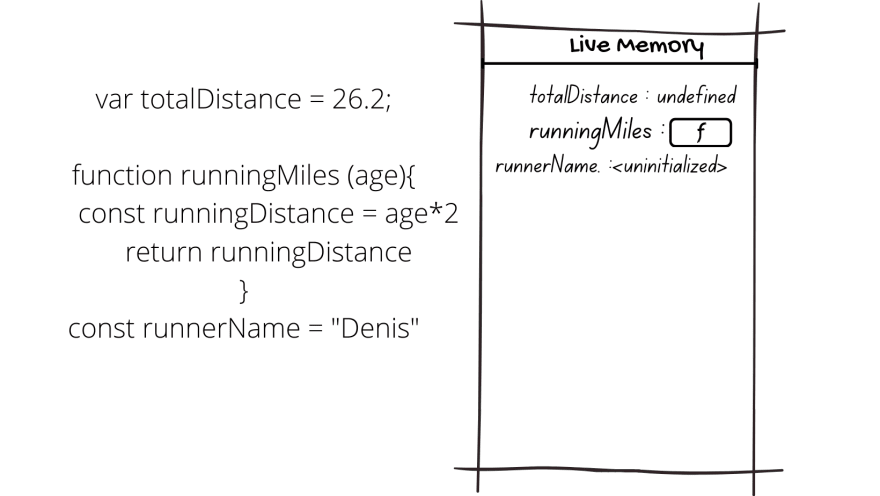 During this phase the following happens:-

This is what happens in the execution phase using the same example above. 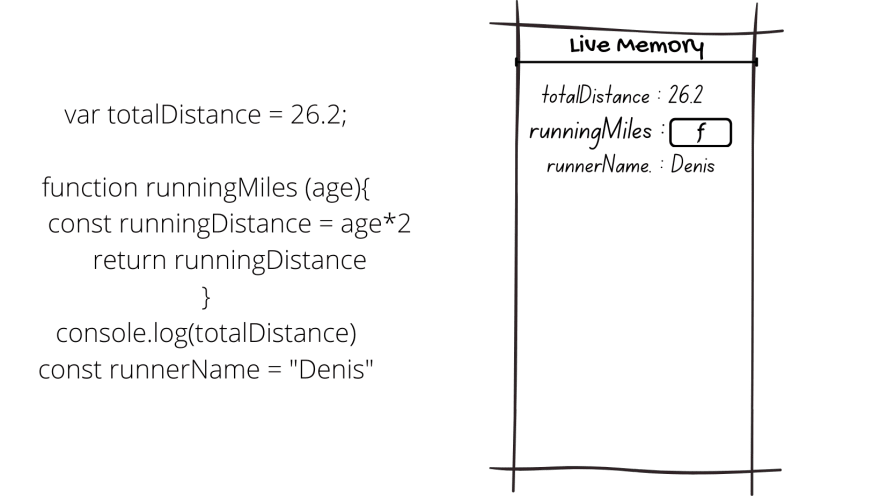 Let's see what happens when the function above is invoked or called. 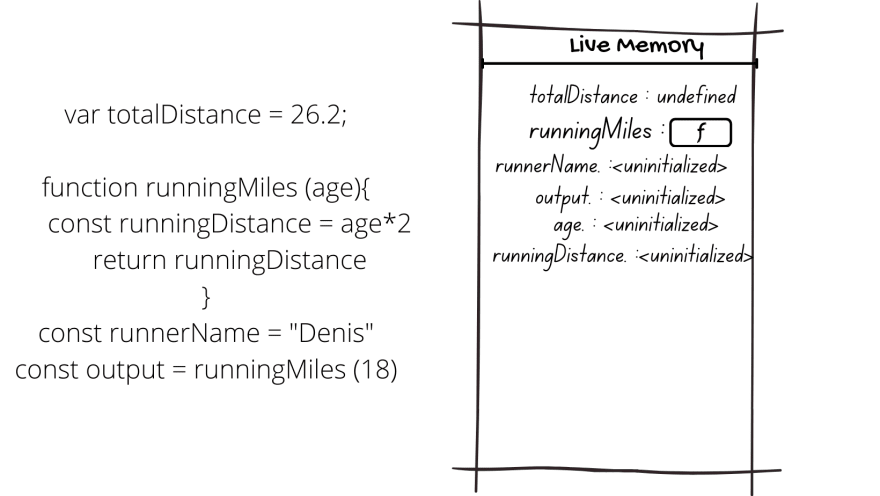 During the creation phase the JS engine will parse the code line by line. It will store variables totalDistance, runningMiles and runnerName in the live Memory. The JS engine will assign undefined for totalDistance. And assign function definition for runningMiles while runnerName & output are left uninitialized. But when the JS engine reaches output it will pause where it is at and create a local execution context. It will then store variables age & runningDistance in the local memory. Both will not get initialized with a value during this phase. 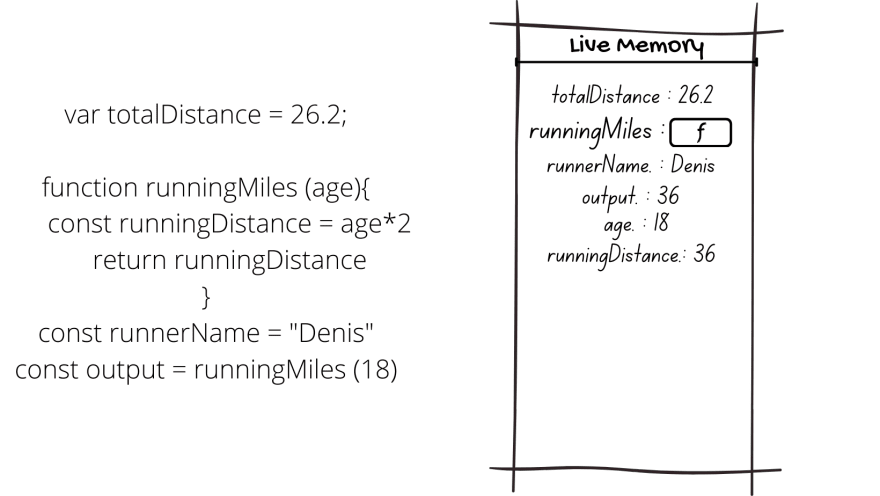 Did I miss anything? Please let me know what you think. Feedbacks & questions are all welcome. I would love to hear your thoughts, discuss & exchange ideas. If you would love more writing like this please follow my blog or me on twitter @wolde_ai .✌🏾😊

Once suspended, wolde_ai will not be able to comment or publish posts until their suspension is removed.

Once unsuspended, wolde_ai will be able to comment and publish posts again.

Once unpublished, all posts by wolde_ai will become hidden and only accessible to themselves.

If wolde_ai is not suspended, they can still re-publish their posts from their dashboard.

Once unpublished, this post will become invisible to the public and only accessible to Denis Woldemariam.

Thanks for keeping DEV Community safe. Here is what you can do to flag wolde_ai:

Unflagging wolde_ai will restore default visibility to their posts.