Andrey Rybnikov, 34, is a developer at Skyeng, Russian EdTech company. He’s afraid that in 15–20 years younger programmers will take all the best jobs — so he needs a plan B. Andrey decided to start his own business without quitting his main job. 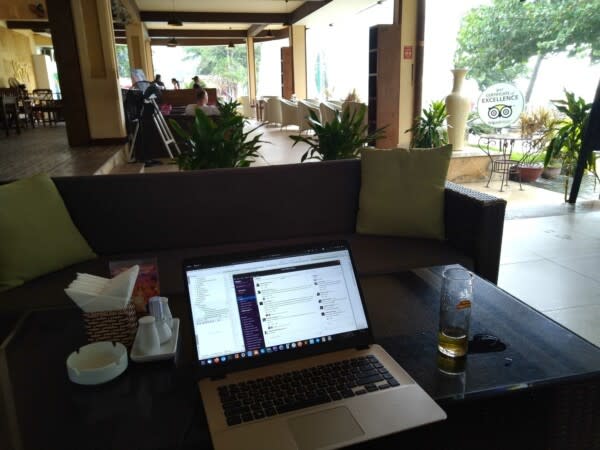 I started programming when I was 14 and then got a diploma in software engineering. Many years and jobs later I found myself as a PHP developer at a bank in Khabarovsk (it’s a city in the Far East of Russia and my hometown). I wanted to write creative code, but in reality, I was a system analyst, project manager, and whatnot. I quitted a couple of years later.

How I started to work remotely before it became mainstream

As soon as I posted my resume online, I was contacted by ABBYY, a Russian company for translation software. At the time, I couldn’t imagine myself working from home seven time zones away from Moscow. I worried that I’d feel lonely and isolated.

I also worried that I’d fail to make myself to work.

After my bank job, I felt burnt out. But it turned that work tasks can actually be pretty interesting. It was more difficult to make myself to take a break. I had to set up reminders on my phone: “Do a stretch”, “Have lunch”, “Get some tea”. Otherwise, I could sit down in front of the monitor the whole day. It took me about six months to get used to the new schedule, then I started to take breaks without reminders.

What does a developer at a bank do? Decorates his office for a week

But there was one thing that bothered me. I could not influence the product. All the decisions were made in the head office in Moscow, but I didn’t want to move there. I wanted to travel and live someplace warmer. 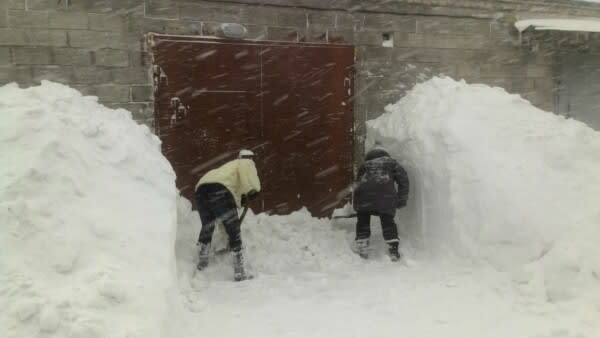 One of my friends was interviewing for Skyeng and learned that you could get $800 for referring a developer.

He suggested splitting the money.

I did the test assignment and all rounds of interviews. But it turned out that for my friend to get the money I had to complete my assessment period. I didn’t mind.

Besides, at Skyeng almost everyone works remotely and has a tangible impact on the product. And yes, we did split the money.

At the moment, I work from Vietnam and I’m actually closer to the team — only four hours ahead instead of usual seven. 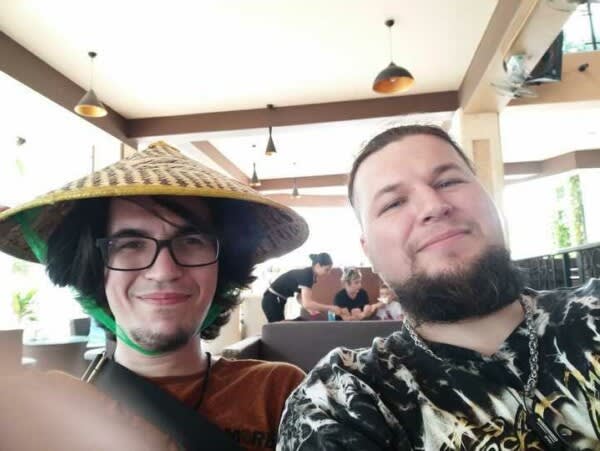 But I still live in Khabarovsk for the best part of the year. I have my own schedule to synchronize with Moscow — I start working around 11 am and write code till about 4 pm. Then we have team meetings. 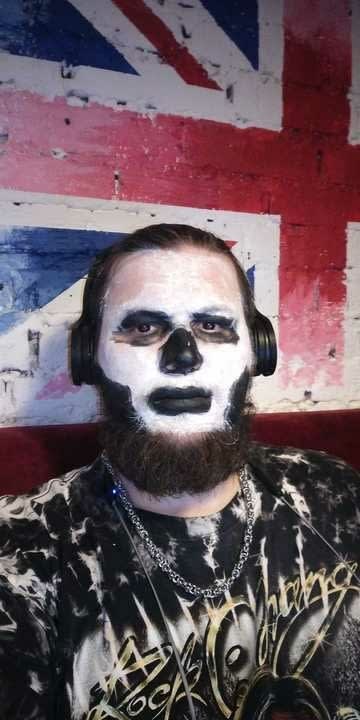 For the Halloween meeting, I showed up like this. My team liked it

Once I’m done with meetings, I’m free. Usually it’s around 7 pm local time or even earlier. I’m very lucky — neither ay Skyeng nor at ABBYY no one tried to micromanage me as long as the work is done.

Remote work gives you for a lot of free time while providing a stable income. It got my creative juices flowing, and I decided to work a side project.

One of my friends, also an IT guy, wanted to open an escape room. He asked me to help with hardware, software, and financing. 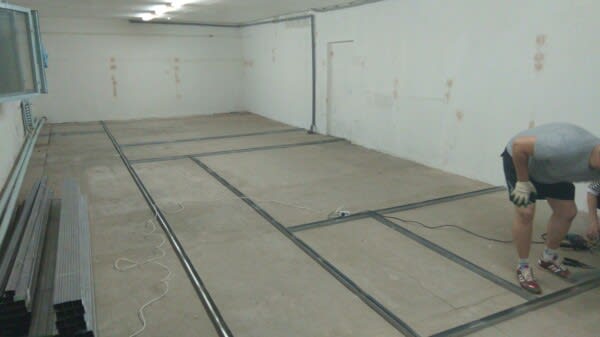 Our escape room started with a floor plan

We found a room in the semi-basement of an office center in the center of the city. The owner had never heard of escape rooms, but he believed in us. We built everything with our own hands. The storyline mostly took place in the dark so we didn’t bother much about the design.

I’m not gonna tell you the whole story, but the main idea was like that: escapers split into two teams. The first team has to do tasks in the complete darkness, the second one watches them via night vision camera and gives directions. Then they switch places. My job is not to let them escape. 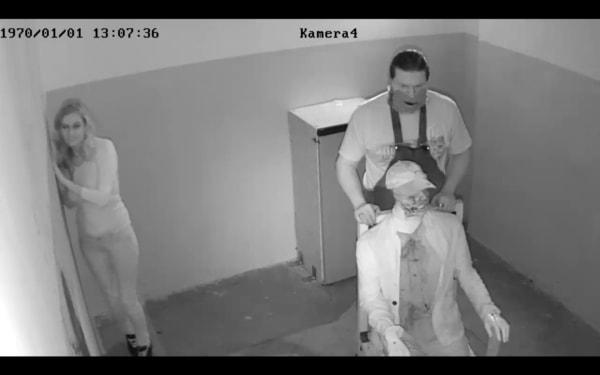 A couple of times, I was the antagonist — a serial killer. That’s what the second team saw via night vision cams

We assembled all the video equipment, night vision cams, monitors, etc. ourselves. Then it took me about a month to program the website, the booking system, the equipment for special effects. 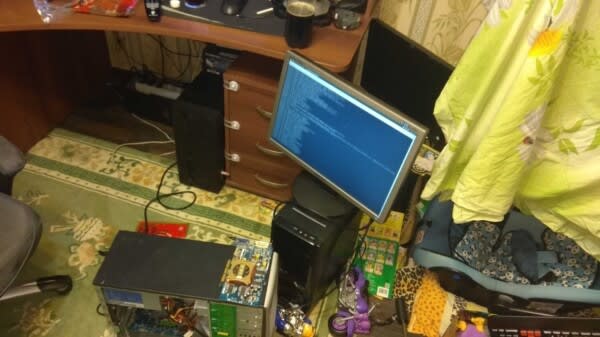 Testbed for the equipment software

We invested about $5,000 and got it back in less than a year. The escape room is still in operation and pays $350–500 a month without any additional cost. The funny thing is that we had a second concept with a better story, design, and tech, but it was not as successful. At the time I was already working on my second project — a restaurant.

How I opened a gastropub

I’m very curious about what will happen to us, the developers, when we’re in our 50’s. In the end, our job requires fast and flexible thinking.

I don’t rule out the scenario where in 10–15 years programming will become not so easy for me and my job will be taken by the younger generation. By that time, I want to live somewhere on the seaside and write code for free. So I started working on the backup plan.

After launching the escape room, my friend and I realized that we were pretty good at business. And we’d had this idea of a restaurant for ages. First, we wanted to buy a franchise but were not fast enough — while we were contemplating, all the goods ones got taken. So we decided to do our own thing and open a gastropub for men in their 30’s and 40’s.

According to rough calculations, to open such a place would cost $130,000.

Our friend, also an IT guy, became the third investor. One half of the investment was our own money and the second one was a loan. We couldn’t get a loan for a small business (it’d rather tricky in Russia) so applied as private individuals. 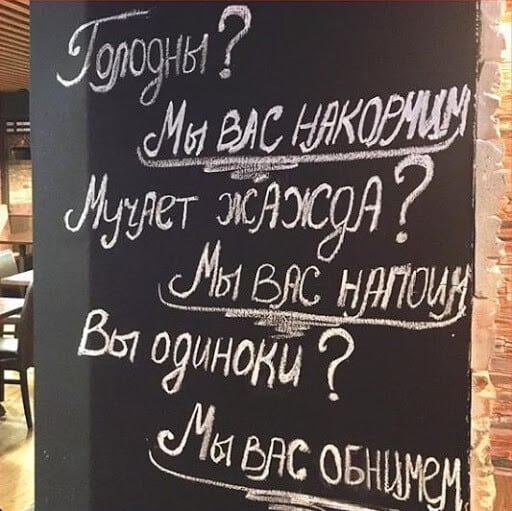 We bought a dying restaurant for $65,000 — almost a steal. It was far from the picture we painted for ourselves but still a restaurant, with a kitchen, chefs and waiters.

We didn’t know a thing about running a restaurant. In the first months, we just observed what was going on. We invested another $10,000 in equipment, ingredients and other stuff.

Then we decided to close the place for a month and renovate it completely.

As we were getting ready for the grand opening, each of us took two weeks off work. My colleagues at Skyeng were a bit worried that the business would suck me in and I’d never come back to develop our new billing system.

But we settled everything with the restaurant rather quickly and went back to our main jobs. 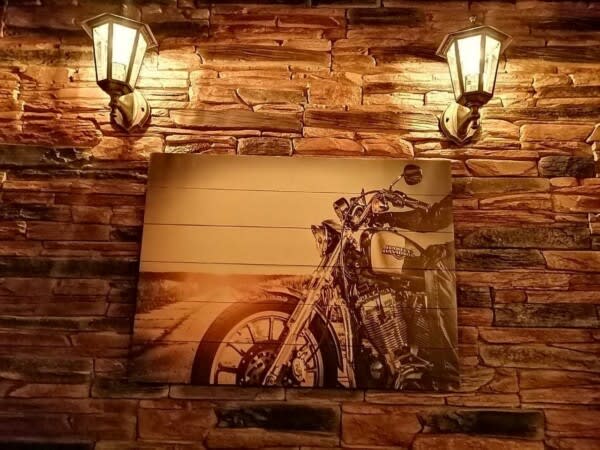 The concept of our pub is built around rock music. Occasionally we host cover gigs for bands like AC/DC

All three of us have families with little kids. But family cafes are obnoxiously boring while fun places are not very kid-friendly. We tried to take that niche in between.

And we’re lucky to have the greatest chef. We come up with with crazy ideas all the time and he always finds a way to realize them. For instance, once we decided that we needed a 6.5 lbs (3 kg) burger. Usually people order that for a company. But whoever eats it alone in 30 mins, gets it for free. 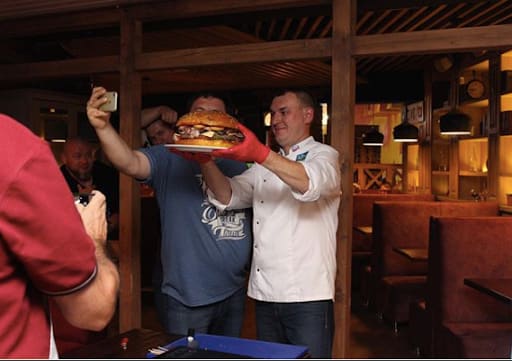 Anton, our chef, with the notorious burger

IT guys are not necessarily the greatest managers, but I see how we can contribute to other spheres. We made a lot of mistakes and lost a lot of illusions on the way, like we forgot to count in the ad costs or first kept the old, not very motivated staff. 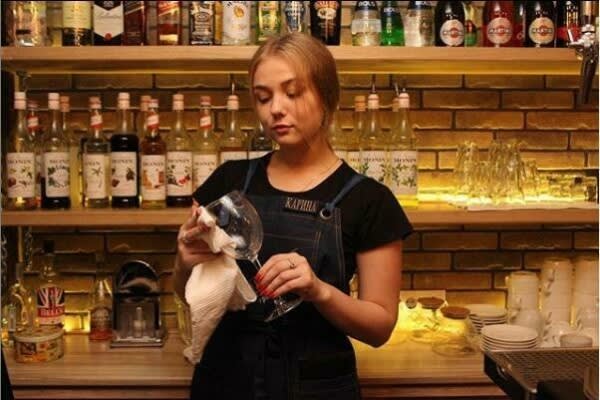 What works on highly-motivated developers, didn’t always work on the restaurant staff

I wanted to use the same approach to management we used at Skyeng, with one-to-ones, no fines and minimum control. Well, it didn’t work. We had to bring the fines and control back.

I realized that I wouldn't become the boss of the year. But it doesn’t bother me. As a developer, I can decompose a task, see which part doesn’t work and fix it.

For example, we started using iiko, an automated delivery registration system, from the very first days. The staff tried to mess with it and say it wouldn’t work. But they forgot I’m a programmer :-) The problem was fixed.

Now my city has a place where I can have drinks with friends or a Sunday brunch with my family.

And we’ll see where it gets in 15 years.

Thank you for reading! 🙏

If you have any thoughts on this post please leave comments below.

Maria Yanchauskayte
Hi! I am writing about pr, management and technology
Developer Career Path: To Become a Team Lead or Stay a Developer?
#beginners #tutorial #discuss
What to Do When You’re a Food Engineer by Training—but a Pilot by Vocation
#beginners #motivation #productivity
Tips for Successful Remote Team Management
#career #management #productivity

Once suspended, yanchauskayte2 will not be able to comment or publish posts until their suspension is removed.

Once unsuspended, yanchauskayte2 will be able to comment and publish posts again.

Once unpublished, all posts by yanchauskayte2 will become hidden and only accessible to themselves.

If yanchauskayte2 is not suspended, they can still re-publish their posts from their dashboard.

Once unpublished, this post will become invisible to the public and only accessible to Maria Yanchauskayte.

Thanks for keeping DEV Community 👩‍💻👨‍💻 safe. Here is what you can do to flag yanchauskayte2:

Unflagging yanchauskayte2 will restore default visibility to their posts.