Coming to the end of my part-time software engineering course with Flatiron School I was met with a challenge of incorporating Redux in my final project using React and JavaScript on the frontend and Ruby on Rails for the backend.

Redux is a state management tool that is compatible with JavaScript applications. It is supposed to make it easier for when you need the same state to be shared between multiple components and reflected in different parts of the application. It also comes in handy when the application states change frequently and different components can initiate changes simultaneously.

Seeing that my application is far from having a medium-to-large codebase with several developers working on it, it was an added step that I needed to make, that kind of defeated the whole purpose of Redux being a tool that improves the developer's experience. It was good to know how it works with React though. 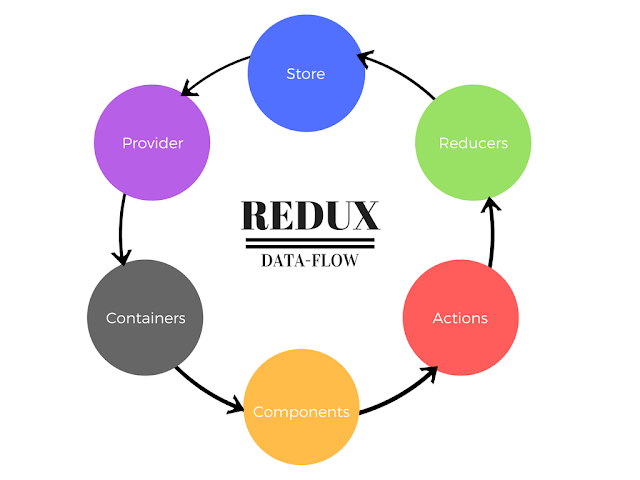 In my final project, I am aiming to build an ecommerce application that is promoting Malaysian made handicrafts and products to help support micro businesses in rural areas in the country. I want it to help build the overall nation's economy and help increase job opportunities for locals. I had used Redux specifically for five cases:

OR install it as a package on NPM or in a Node application:

In your index.js file is where all the "action" happens. This is where you import {createStore} from 'redux'. Then, set up your Redux store by declaring store assigned to createStore(). To enable React to associate with the Redux store is by using the React-Redux package by importing {Provider}. It will wrap the <App/> and pass in the store as a property.

Other things I grew to like while building this project was client side routing and presentational components. The longer I learn how to code the more I’m veering towards front-end development. Perhaps I owe it to all those years in the media as an editorial assistant and writer, where I was fixated on the perfect magazine cover, photo shoots spread and layouts for our articles. Over a decade and some change, I’ve gone full circle and back to obsessing over presentation. Queue, the “presentation component”. Being mostly stateless, they’re simple and beautiful in doing what they do best - receiving props from their parent components and rendering! There’s just that satisfaction of having it all “work” for a change. With that said, let's hope we're able to leverage on using React and Redux in our near futures.

Resources and citation on REDUX:

Yani A.
I've had the opportunity to work in the hospitality line, with production crews, editorial teams, travel & tourism and in the fashion industry. I'm excited to embark on this new adventure into tech!
Things I Wish I Knew Before I Enrolled in a Coding Bootcamp
#codingbootcamp #codenewbie #beginners #productivity
What in the CRUD?
#rails #mvc #beginners #database
String Manipulation Methods to Memorize
#javascript #strings #methods #techinterviews

Once suspended, yani82 will not be able to comment or publish posts until their suspension is removed.

Once unsuspended, yani82 will be able to comment and publish posts again.

Once unpublished, all posts by yani82 will become hidden and only accessible to themselves.

If yani82 is not suspended, they can still re-publish their posts from their dashboard.

Once unpublished, this post will become invisible to the public and only accessible to Yani A..

Thanks for keeping DEV Community 👩‍💻👨‍💻 safe. Here is what you can do to flag yani82:

Unflagging yani82 will restore default visibility to their posts.