I know lately I’ve been a little quiet, I’ve pretty much taken a break from coding over Chanukah. So last night I figured that instead of partaking in the ancient Jewish tradition of indulging on the finest Chinese cuisine I would stay home and work on a project I’ve been meaning to explore; writing a Twitter bot.

I chose something simple to start with. Anyone who owns a car in New York City knows the pain that is Alternate Side Parking (ASP). On certain days of the week, we are not allowed to park our vehicles on certain sides of the street during an arbitrary hour and a half. At the appointed minute an army of vultures in blue uniforms descend upon the city and any car whose owner was even a few minutes late in moving it gets adorned with an orange envelope bearing a costly fine. 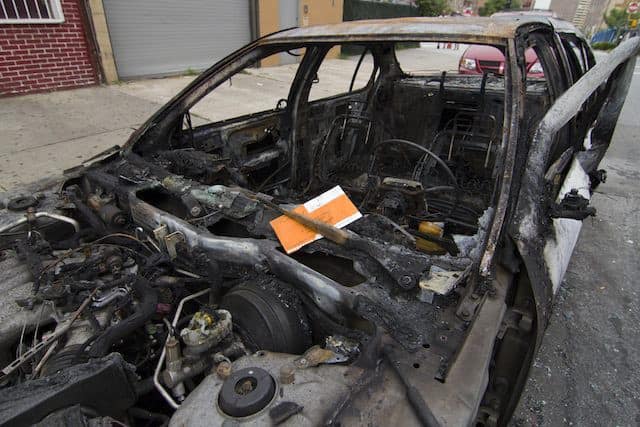 Thankfully, there are a few days during the year (mainly legal holidays and days following heave snow storms) where we get a reprieve. I decided to make a bot that would tweet out during those days.

The truth is NYC already maintains a Twitter account that tweets the status of ASP (@NYCASP), but that account tweets every single day what the status is. I didn’t want my feed cluttered on days when ASP rules are in effect (which is most of the days), so I figured I would write a bot that would follow @NYCASP for me and retweet only on the days that ASP rules are suspended.

In order to set up my bot, I used this great tutorial by my friend and fellow Flatiron School grad, Ben Greenberg. If you are looking to write your own bot I suggest following his post for the initial setup, as well as instructions how to deploy to Heroku so your bot can go live. In this post I will just describe how I created the bot itself.

In the first line I imported the twit package, then I defined the configuration needed for my bot to post. I hid the secret keys in environment variables that I accessed using dotenv.

I then defined a few variables: a Twitter variable for a new instance of twit using my configuration, a userID variable that holds the User ID of the @NYCASP Twitter account, and finally, I opened a twit stream that listened in to all activity associated with the @NYCASP twitter account.

Now that I had my stream going, I attached an event listener to the stream that fires a callback function every time a tweet is added to the stream. The function looks at the tweet’s text, and if it contains the word "suspended" it fires another function that retweets it.

Now all that was left was to deploy to Heroku and wait for Christmas morning and see if my bot would retweet that morning’s suspension:

Yechiel Kalmenson
He/Him/His I'm a Software Engineer and a teacher. There's no feeling quite like the one you get when you watch someone's eyes light up learning something they didn't know.
My Favorite Bash Tips, Tricks, and Shortcuts
#linux #bash #beginners #productivity
What are your favorite Kotlin resources?
#discuss #kotlin #beginners
Automating Google Form Submission In Ruby
#ruby #beginners #covid