Applications are now open for the Simulation DSPL competition of the RoboCup@Home Real Robot League.

In this competition, you will perform a cleanup task using HSR. The competition is done in a simulation environment and uses the open-source version of the HSR simulator. Combined with the "free for new teams" rule of RoboCup, you can participate in RoboCup completely free of charge. 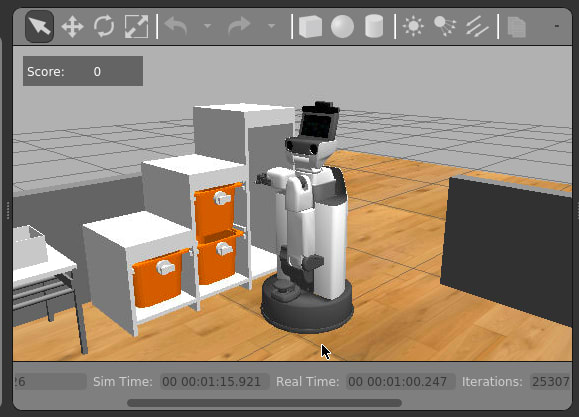 Below is how to participate.

How to participate in the challenge

Please register from the following URL (November 6 is the official registration deadline, but it is expected to be extended > now extended until November 27)
http://www.robocup.or.jp/japanopen2020b-en/news/Registration.html

Please set up the HSR Simulator by reading the following README.
https://github.com/hsr-project/tmc_wrs_docker/blob/master/README.md

The README describes the steps to install the simulator on Linux, but it also works on Docker for Windows and Docker for Mac as well.

In the case of Docker for Windows, WSL2 is used internally. Since the number of processors used as default is small to run the simulator, it is recommended to increase the number by entering the following command at the command prompt:

After the notepad opens, copy and paste the following text and save it:

processors specifies the number of CPU cores you want to assign to WSL2. Setting a larger number will speed up the simulation.

A sample project is available at the following URL. Make a copy from here:
https://github.com/devrt/wrs2020-robocup-challenge

If you are brave enough to join in the competition while putting your algorithms to the public, please click the "fork" button to fork the repository.

Register your algorithm to the scoring server

The algorithm will be scored automatically on the scoring server.
Please register the repository to the build service at the following URL:

To develop your algorithm, please open the webIDE of the HSR simulator (http://localhost:3001/) and clone the repository to develop the algorithm.

In the sample project, there is a simple move algorithm in "wrs_challenge/scripts/move.py", so let's start by modifying it.

The HSR simulator comes with learning materials in Juypyter notebooks (the default language is Japanese, but the English translation is available by clicking the "Langs" menu item), so let's start by rewriting the algorithm as you progress through the learning materials.

After you git push the algorithm to the repository, the simulator will detect the source changes and automatically run the simulation for scoring.

In this year's Simulation DSPL, scores will be calculated according to the rules of WRS2020.

For more information on the rules, please read the official rulebook below:
https://worldrobotsummit.org/wrs2020/challenge/download/Rules/DetailedRules_Partner_EN.pdf

The tidy up task.
Put away toys and kitchen items scattered on and underneath the long table to the trays and the storage boxes.
You'll get bonus points for putting away the specific types of toys and kitchen items in the designated places specified in the rulebook. Regular points will be given by clean them up to any place. 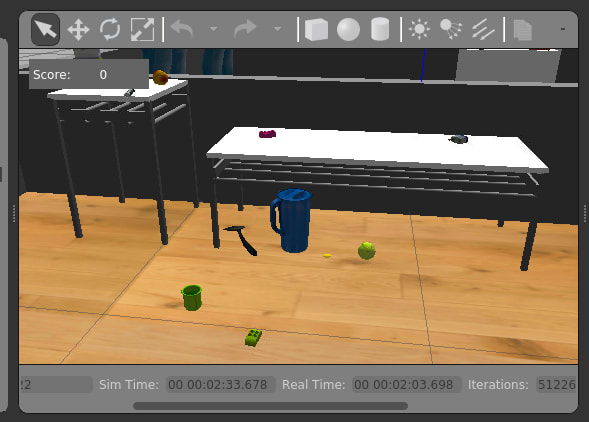 The moving task.
You will move to the next room, but there is a small object lying in your path, and the score will be decreased if you hit it.
The object is small enough to interfere with your movement, so you can break through it even if you hit it (you'll get a bonus if you can get into the next room). 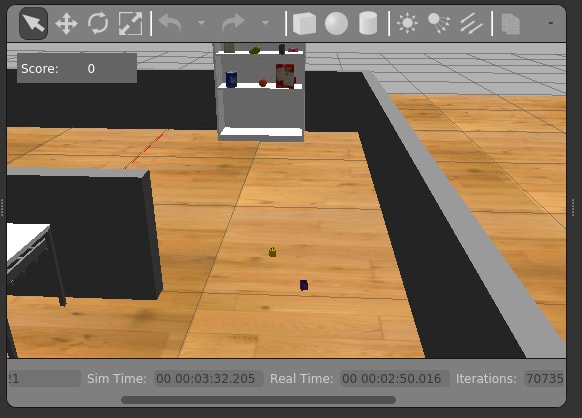 The human support task.
You get points for listening to a person's request (in the simulator, the content is published in the "/message" ROS topic) and bringing them the requested object from the shelf.
In this task, we can get partial points for bringing in the wrong object, so let's get the partial points as a first step. 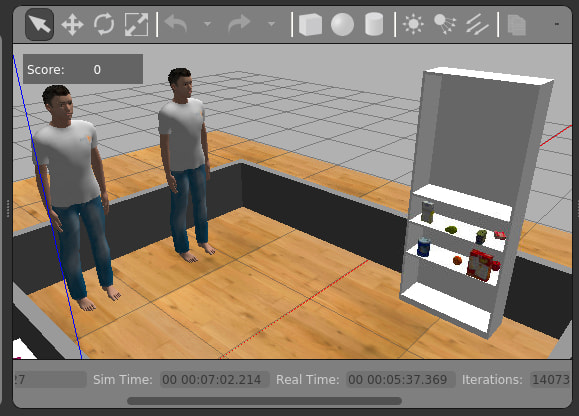 How the scoring server works 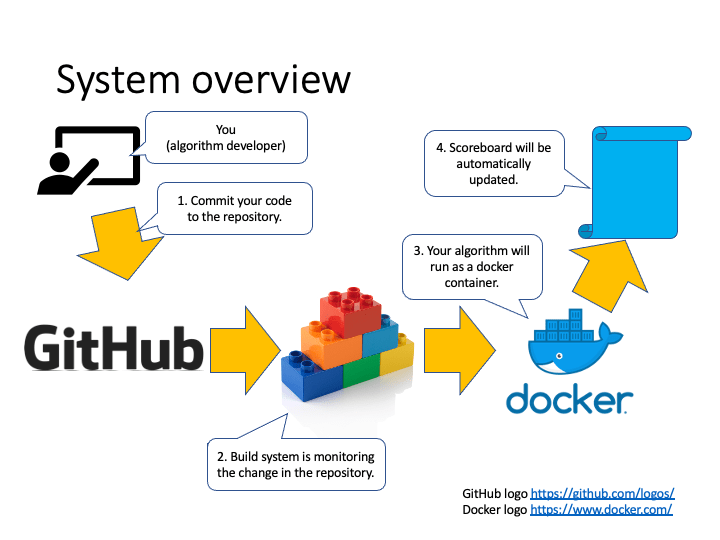 Publication of the scoring results

The placement of objects changes randomly and the ranking of the algorithms running on that environment is published weekly (this ranking is for reference only).

The final ranking will be calculated and announced just before the day of the competition, Saturday, December 19 - Sunday, December 20, 2020.

Please refer to the timetable below for the day's schedule.
https://github.com/RoboCupAtHomeJP/AtHome2020/blob/master/timetable/TimeTable2020.pdf

The algorithm can be updated until 10:00 pm (JST) on the 18th (the day before the competition).
Please do not update the algorithm after that time.

In order to evaluate the average performance of the algorithm, we will run three simulations: Round1, Round2, and Round3. Object placement will change in each round, as will the number of objects placed in Task1. The final ranking is determined by the average score of the three rounds.

The execution of the simulation and the calculation of the scores are automatic. If there is an anomaly in the execution of the algorithm, the competitor can request a restart of the simulation only once. However, even if the score after the restart is lower than the current score, the record will be overwritten. So please request the restart with caution. Also, requests for restarts outside of the hours of 9:00 to 12:00 on the 19th will not be accepted. So please be sure to connect to the Zoom conference on the day of the competition if there is any possibility of restarting.

The simulator (including the scoring program) has been updated since the announcement of the competition, so please update the docker image by entering the following command

The scoring calculation replicates the rules of WRS2020. However, the penalties for dropping objects in task1 and for moving objects around the target object in task2 are not applied.

Yosuke Matsusaka
What is YOUR theme?
#programming #vscode #cpp #opensource
Developing a RESTful API with Go
#go #webdev #programming #opensource
When do you use a table in HTML vs more "modern" approaches?
#discuss #html #webdev #css