In this article, We will understand the Big O Notation using Javascript.

Every problem has many different solutions.

Write a function that takes a string as an input and returns a reversed copy.

If I asked 100 people to solve this problem I may get more than 10 solutions with very different approaches.

Click here to see the solutions on Stack Overflow.

So, how do we know what is the best one?

So, Big O Notation — or Big O for short is about comparing code to know which one is the best.

But the question you may ask right now, what does The Best mean?

Actually, there is no “The Best” answer for the “The Best” code, but in general, we all want our code to be as fast as possible, readable, and takes less space in memory right?

So, here comes these two expressions:

Write a function that calculates the sum of all numbers up to and including some number n.

As you can see the two solutions are absolutely different. The first one includes a loop and the second one doesn’t. The second one is much shorter which does not necessarily make it better. And with both solutions, we will get the same results.

So, which one of them is better in Time Complexity? in the other words which one is faster?

We can use performance.now() method to calculate the times each function takes to execute.

As you can see, in my machine getSum2 took way less time than getSum1.

This way of comparing the time between these two codes is not consistent simply because different machines will record different times.

And in another scenario, a piece of code might take a long time to execute

So, it’s not the best solution to run and calculate the time of each code to know which one is faster.

It must be another way to calculate the time, and that is where Big O Notation comes in.

So, rather than counting seconds which are variable,

Let’s count the number of Operations that the computer has to perform.

If we take a look at the second solution:

And there will always be these 3 operations regardless of the size of n is.

Compering to the first solution:

Yes, it’s hard to count the number of operations, but regardless of the exact number, in Big O we focus on the big picture.

Big O allows us to talk formally about how the runtime of an algorithm grows as the inputs of a function grow.

by removing all the constants (the number 5 and the number 2 ). 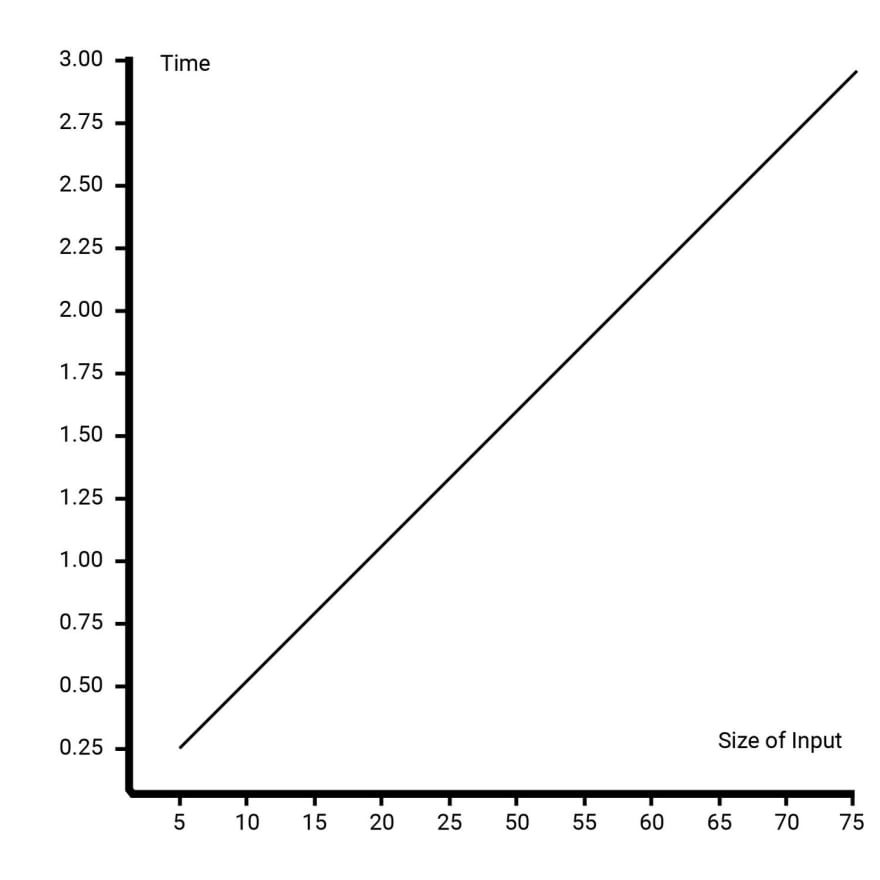 Compering of the first equation of the getSum2 function O = 3

We can formulate it to be O(1)
Since the number 1 represents a constant
and O(1) represents Constant Time Complexity. 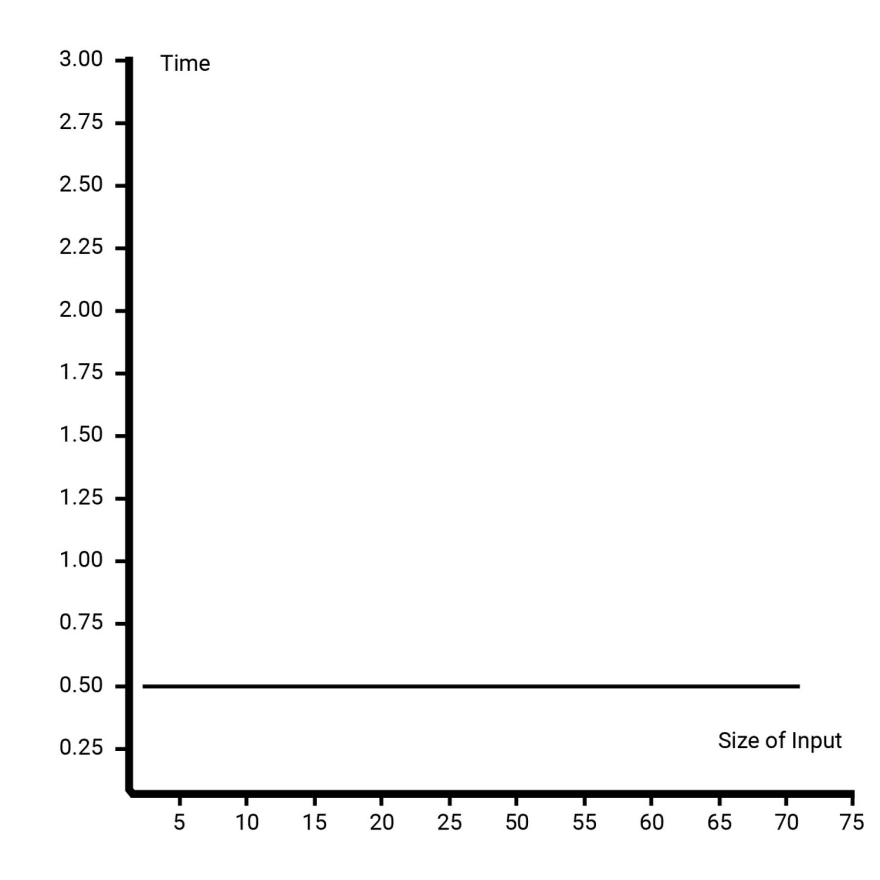 This example has a Nested Loop, in other words, it’s O(n) inside O(n) 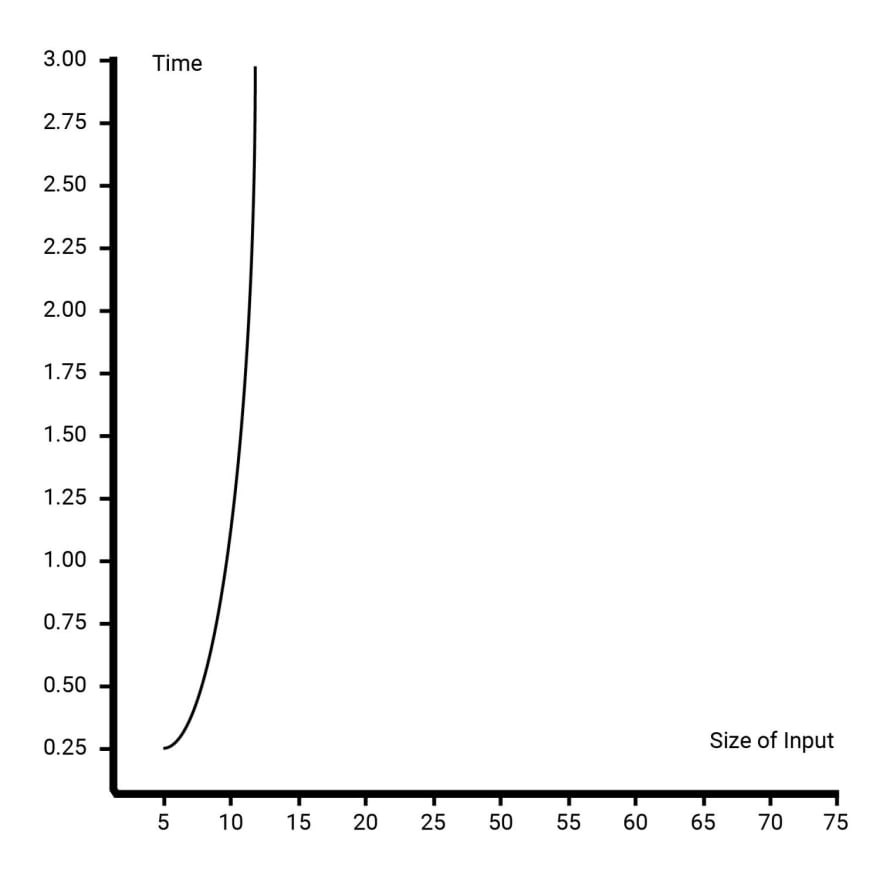 All kind of loops

And there are more types of Time Complexity but these three are the most common ones.

We can also use Big O to calculate Space Complexity (The amount of memory taken).

I’m not talking here about the space taken up by the inputs.

it’s very obvious that when the size of the input grows n grows as well and the space taken up in the memory grows also.

I’m talking about the space taken up by the algorithm only (the code you type), not including the inputs.

n number (return myArr) since the returned array depends on the length of the given array.

I know that I said earlier that we will ignore the size of the inputs but here in this example my created and returned array (the code I typed) will be affected by the length of the given array so the space taken up for this array will increase by n.

In conclusion, Big O Notation helps us efficiently type code that runs as quickly as possible and less memory-intensive as possible.

Once suspended, youssefzidan will not be able to comment or publish posts until their suspension is removed.

Once unsuspended, youssefzidan will be able to comment and publish posts again.

Once unpublished, all posts by youssefzidan will become hidden and only accessible to themselves.

If youssefzidan is not suspended, they can still re-publish their posts from their dashboard.

Once unpublished, this post will become invisible to the public and only accessible to Youssef Zidan.

Thanks for keeping DEV Community 👩‍💻👨‍💻 safe. Here is what you can do to flag youssefzidan:

Unflagging youssefzidan will restore default visibility to their posts.