2020 was frankly, a very shitty year for many people very close to me.

I have [had] the impression that 2020 was a very negative year for me as well, but stepping back to take account, this last year has been extremely kind to me.

The lessons I'm taking with me to 2021 though come mainly from my failures this year.

2020 started for me with dealing with a combination of burn out and getting a small glimpse of what I think was depression.

I was able to power through well enough that I don't think my work suffered noticeably (my Nrwl promotion I mentioned actually came in the midst of this cloud, and may have played a significant role in helping me come out of it). But there were times in that period where I was struggling to not fantasize about figuring out some other line of work or creative solution to get out of this business.

Since starting my career in 2015, I had never really taken a real break from code, and had been going at an unsustainable break-neck speed since then.

Formerly fellow Nrwlian Max Koretskyi has a very interesting article about hard work that has always resonated with me.

Interestingly, before either of us landed at Nrwl, I had taken a couple meetings with Max at around 3:00 AM my time - partly because that was the best time for Max (in Europe) and also because that timeslot worked best for me (on the east coast of the USA at the time), given that I wouldn't cut into family time or interrupt my routine at work at the time (which involved heading into work at 5:00 AM).

I've felt 'behind' in this game since stepping into a community college classroom at the age of 26, where all my classmates were either fresh out of, or still in high school. Hard work has been a necessity for me. Not to get ahead; moreso just to not be so far behind.

Insecurity and pride can be effective motivators, but I've learned as a result of the last 6 years that these sources of motivation (like coal and oil for our planet) can be toxic over long periods of time and in exhaustive quantities. And they are certainly not self-sustaining.

Learning the lesson that I'm not invincible has been a hard pill to swallow. I've long heard cautionary tales about burn-out for workers in our field, but I've always shrugged that off, pridefully assuming that it just wouldn't happen to me. 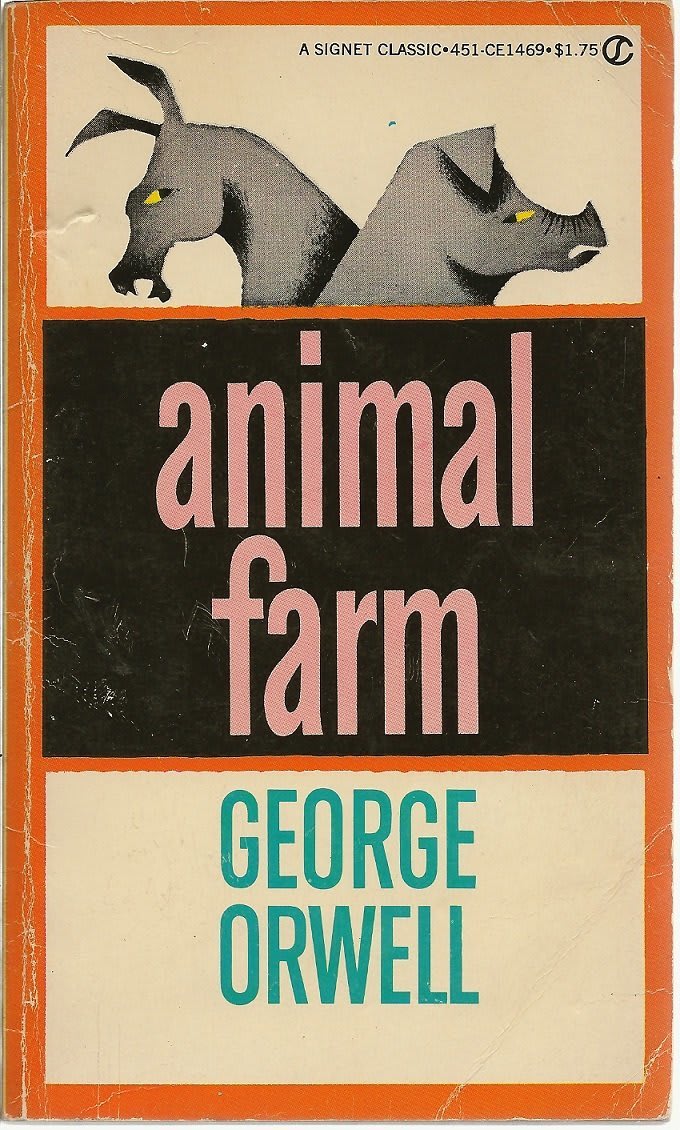 My father - being an exceptionally wise man - read George Orwell's "Animal Farm" to me at a young age. I like to think he knew that I'd identify with Boxer - the hard-working and dedicated horse, whose answer to every obstacle he encounters is "I will work harder."

Indeed, I've felt, and lamented to many of my friends - that the only card I can play is working harder or longer - and I'd been running out of hours in the day and strength in my metaphorical muscles.

Lesson Learned: The Importance and Strength of Relationships

Speaking of friends, another lesson from 2020 was that my support network was of exceptional importance. 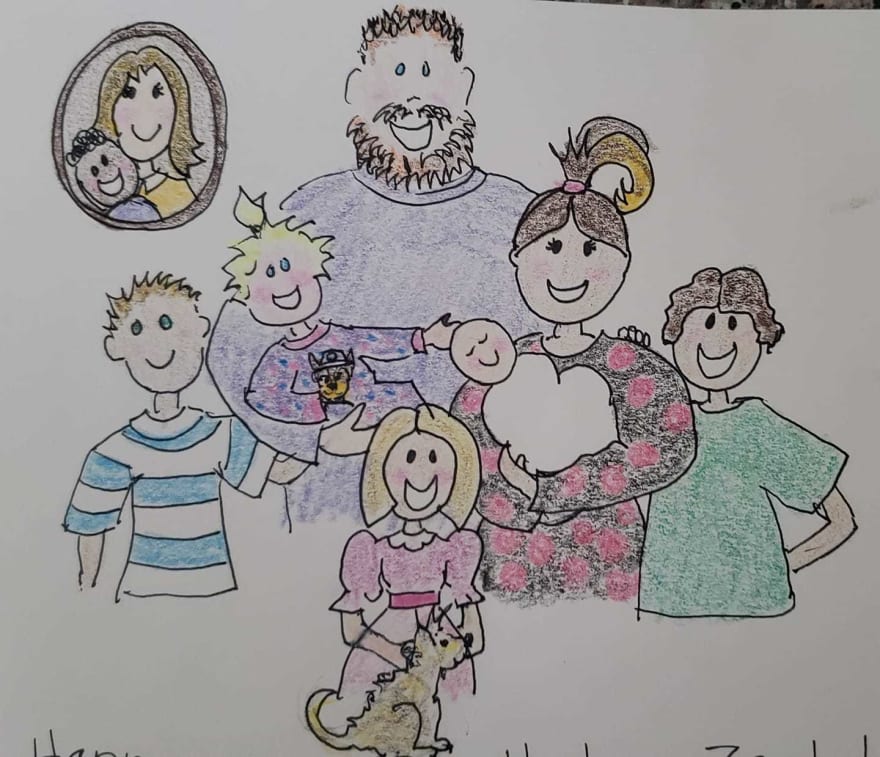 I've been very lucky in that aspect. Having a larger family (6 kids, 1 grandchild, and 2 dogs now) I think is often regarded as a net liability, and maybe rightfully so - I don't know.

What I do know is that the thing that gave me a reason to leave my barely above minimum wage job and step into that community college classroom at 26 was knowing that I'd soon be a father (my wife was a single mother of 3 when we got engaged).

I had a conversation with a single friend of mine that was struggling with similar thoughts towards the start of 2020. To my surprise, my friend mentioned some jealousy for the built-in and permanent relationships of family that I had. I'd long held similar feelings of admiration/jealousy for the adventurous way this friend of mine lead their life.

Trading an adventure for a family is not a trade I'd make (OTHERWISE I'D BE LONG GONE!!!), but it's hardly a stretch I think for me to say that my family actually is my greatest adventure.

Being entrusted with raising 6 members of the next generation is a task I take very seriously - objectively it may be the single most important task of my time on this world. I was aware of the gravity of the position before becoming a parent - but I did not expect the task to be such a joy.

I've also been blessed with many amazing friendships where deeper conversation and support feel like they come frictionlessly. At the same time, the limited hours of the day don't allow me to invest the time in all the relationships that are precious to me the way I wish I could. Again I am lucky that these friends have been gracious to me through that.

This year has absolutely been a test on all of us, and the strength of our relationships. I'm very lucky to know I have people in my life that I can count and fall back to that when I hit blocks like this one. Regardless of what happens - health problems, a pandemic, or an unsavory career event - I know we'll find a way through. There's something freeing about knowledge, and I think it was something I lacked at the start of 2020.

Not to say that my insecurities are completely washed away - I'm sure I have more battles to fight on that realm. But there's another thing I've learned from 2020: you've got to celebrate your wins when they do come.

Lesson Learned: The Sheer Wealth of the Age We Live in

The theme of this lesson may be best expressed by a line from the musical: Hamilton (on brand for this article because Disney released it on Disney+ in 2020):

"Look around, look around!
How lucky we are to be alive right now!"

2020 for me was the year that I properly appreciated some of the sheer wealth freely (or at least easily) available to us - specifically in this time. It's as if scales fell from my eyes, and I had been able to properly appreciate the fact that we're alive! And further - that we're fortunate enough to be alive in an era where information, art, and beauty are more accessible than they've every been before.

I'm finding myself hard-pressed to identify a specific catalyst for this event. 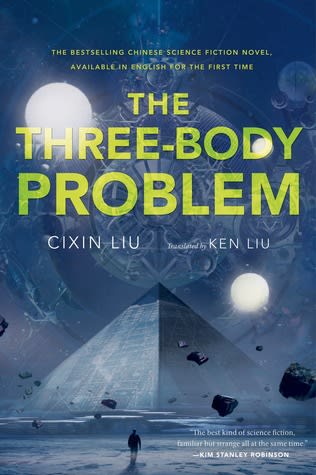 It could have been the book (The Three Body Problem by Cixin Liu) my brother got me for my birthday. At the time, I don't think I had read a book (especially a fiction book!), literally in years.

Another possible catalyst could have been the realization of looking up at the stars while listening to Neil DeGrasse Tyson's book "Astrophysics for People in a Hurry", of just how small we are simultaneously juxtaposed with just how much we understand. And how relatively quickly - in the context of the timeline of reality - we've been able to achieve this understanding. And just how much there is left still to discover.

Another candidate: reading history on the World War II to Cold War era - how improbable it is that we'd survive to see 2020 - much less that worldwide nuclear fallout in our current reality is a merely a genre of media that most of us categorize alongside the swords and magic of the fantasy genre.

Suffice it to say that a general love of reading and knowledge was unexpectedly awakened in me this year, and I've been thoroughly enjoying it. Over the recent holiday break, one of my favorite things to in the mornings is to wake the younger ones up in the early morning to drive the scenic routes up into the Arizona mountains while listening to a book on tape (while the younger ones watch a movie in the back seat), going for a little hike together, and then driving back.

I'm excited to dive deeper into this new 'hobby' in 2021, particularly with audiobooks becoming an option for me! (I had tried getting into audio books several times in the past, and for whatever reason found them very difficult to sit through. Recently though, I've been able to really get into them, via long drives or walks)

After reading James Clear's book: Atomic Habits, I came up with some identities that I'd like to pursue in 2021:

I'm looking to utilize some of the lessons from this book to further systematize both our family life, and my professional life in 2021. James writes extensively in his book about the compounding nature of accumulating 1% surpluses - which sometimes feels more like a necessity when combating the series of compounding 1% deficits that come from having a family our size.

Reading "Deep Work" and "So Good They Can't Ignore You" by Cal Newport recently as well has given me many ideas to test out in 2021. Particularly in prioritizing volume over quality - a theme that arose in both Newport and Clear's books - will be a priority for me in 2021.

While attempting to not be profoundly over-ambitious [wasn't my first lesson learned about burn out or something?...], I'd like to try for a short while to:

I expect that this is too much of an undertaking to be sustainable, but I'll be attempting it for the month of January (starting Sunday, January 3, and continuing until Saturday, January 30), since that seems like a fun challenge!

The first week of February, I'll be giving myself a week off to re-evaluate and likely reduce to a more manageable workload.

Here's to failing more together in 2021! And the lessons we'll learn along the way!!

What do you wish you had time to learn?

Describe the worst job interview you've ever taken part in