One of the objectives of shifting to a DevOps work methodology is to automate the provisioning of infrastructure. And this is known as Infrastructure as Code or just IaC. It is a vital part of Continuous Integration / Continuous Delivery - or CI/CD for short - because it reduces failures in the deployment step, which translates into less time lost resolving them, a big plus in DevOps environments since they often define very short release cycles.

Here we will look at some of the reasons why IaC is helpful for operators.

Some additional features of IaC

An idempotent deployment keeps the environment in a frozen state whether it is run once or repeatedly. Idempotency is especially attractive to operators because they no longer need to revert systems to a predefined state before starting the deployment. This makes deployment faster.

As described above, Infrastructure as Code causes all environment configurations to be stored in version control, which allows you to “checkout” one of these versions and reproduce that particular environment, a task that would otherwise be highly laboring without versioning.

One consequence of this is that deployments are now immutable: There is no way to update a system’s configuration to reflect a new deployment; the old deployment must be erased by a proper operating system reinstall for the new deployment to be made.

Imperative templates, however, rely on the operator scripting commands in a sequential order, which the tool then executes serially. In a way, they resemble the shell scripts of traditional deployment. Ansible (to some extent) is an example of an imperative templating tool.

Let's see how IaC can help someone in charge of support tickets. 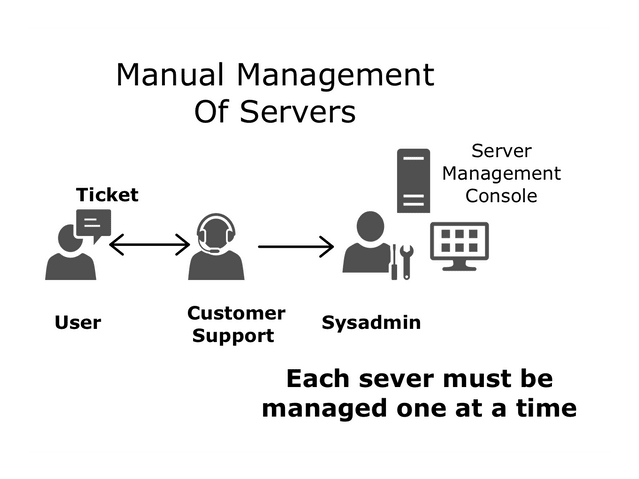 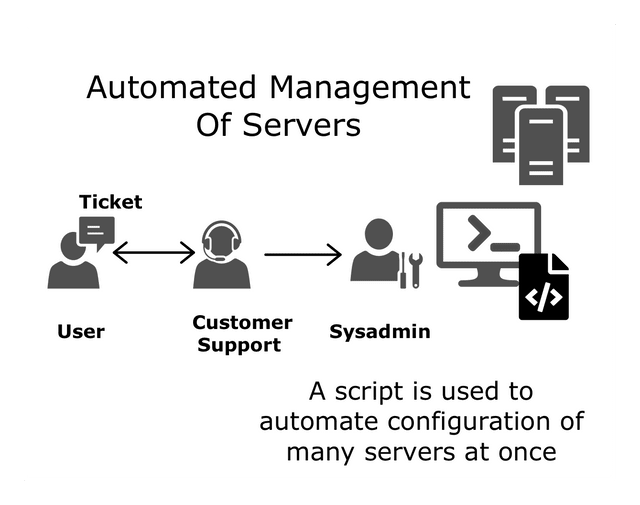 This works, however, an even better approach would be if the scripts were stored inside version control, and developers, as well as other operators, contribute bits and increments of code to it. This is what is known as Infrastructure as Code - the scripts that provision and configure production systems are similarly maintained like code. 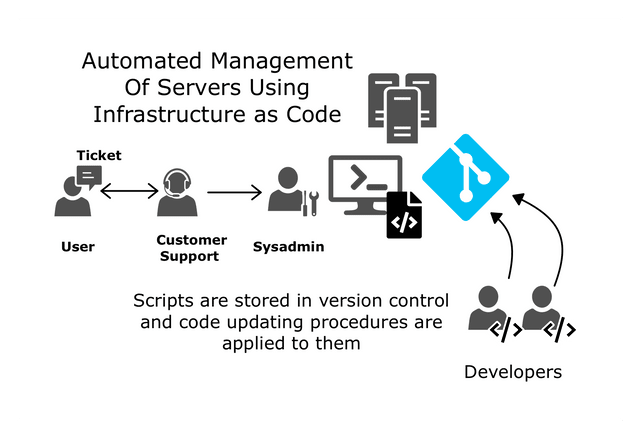 In addition to that, treating your scripts as if they were regular code enables you to apply the same quality and style practices to it and paves the way to test and provide bug fixes for them as well.

Thanks for keeping DEV Community 👩‍💻👨‍💻 safe. Here is what you can do to flag zenulabidin: