The original post is in Notion. Do checkout.
Here

React is a library (from Facebook) for building composable user interfaces. It encourages the creation of reusable UI components, which present data that changes over time. React abstracts away the DOM from you, offering a simpler programming model and better performance.

You could learn React.js from a variety of resources. Pick the best for you.

Learn from the official documentation of React.

Take a course from Udemy.

Link to some of the best Courses.

Only looking for React Concepts (do watch for clearing concepts)

If you are looking for a quick Crash Course.

In this section you must have learned about React along with Redux and other various packages and technologies. Here is a quick link for you on Create React App.

Refer to this websites for in-depth concepts on Redux.

Clear you redux concepts with this playlist.

Learn how to integrate Firebase with Your App.

Though you can use CSS, SCSS for your styling but there are some UI components libraries.

This is one of the most in fact the most powerful styling tool for react.

Here is a awesome site to motivate you to develop awesome shits.

Another site with awesome Libraries for your React project.

Now that you have a complete knowledge on React, Styling and Firebase, have a look at this curated playlist of some awesome react projects.

Also below is a complete React roadmap. 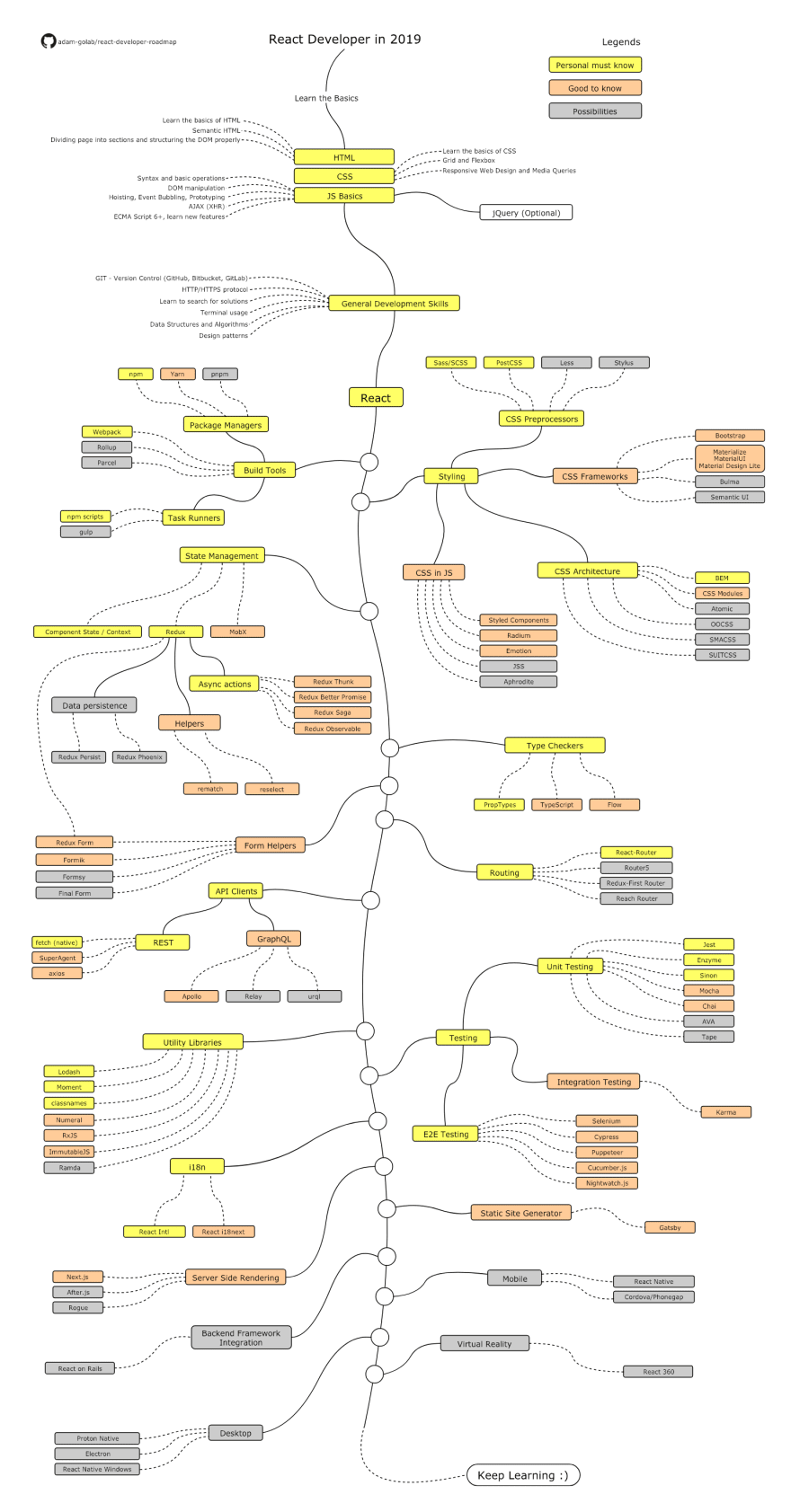 At this point of time you must have made 2, 3 projects and are ready to go on to the next thing. React Frameworks.

The Fastest Frontend for the Modern Web

Next.js by Vercel - The React Framework

This is a awesome Tool for query, specially if you use Gatsby or Next then you must learn it as both of them heavily rely upon this.

A query language for your API

Piyush Pandey
In process...
How to begin with coding & ahead.
#beginners #tutorial