This post was originally published on my blog: Installing Elasticsearch inside a Kubernetes cluster with Helm and Terraform

Note:
This guide uses Terraform for making API calls and state management. If you have helm installed on your machine, you can use that instead for installing the chart.

Elasticsearch is a distributed, open source search and analytics engine for all types of data, including textual, numerical, geospatial, structured, and unstructured.

Elasticsearch is generally used as the underlying engine for platforms that perform complex text search, logging, or real-time advanced analytics operations. The ELK stack (Elasticsearch, Logstash, and Kibana) has also become the de facto standard when it comes to logging and it's visualization in container environments.

Before we move forward, let us take a look at the basic architecture of Elasticsearch: 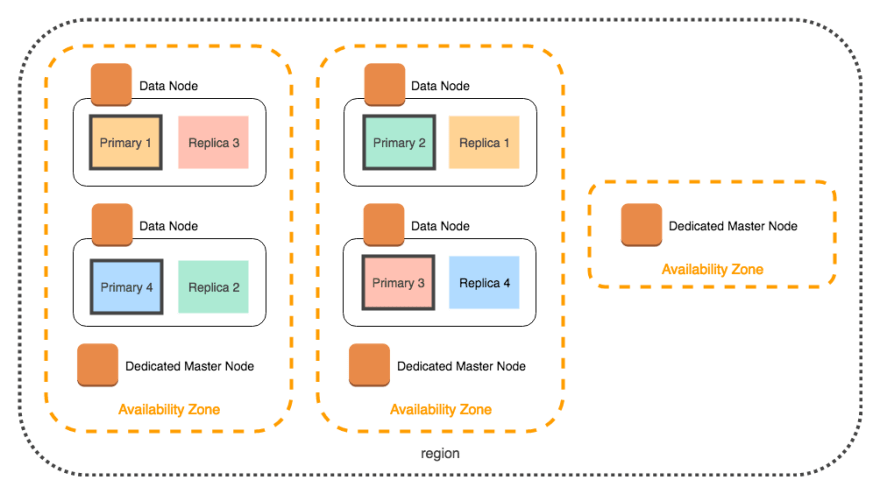 The above is an overview of a basic Elasticsearch Cluster. As you can see, the cluster is divided into several nodes. A node is a server (physical or virtual) that stores some data and is a part of the elasticsearch cluster. A cluster, on the other hand, is a collection of several nodes that together form the cluster. Every node in turn can hold multiple shards from one or multiple indices. Different kinds of nodes available in Elasticsearch are Master-eligible node, Data node, Ingest node, and Machine learning node(Not availble in the OSS version). In this article, we will only be looking at the master and data nodes for the sake of simplicity.

A node that has node.data flag set to true. Data nodes hold the shards that contain the documents you have indexed. These nodes perform several operations that are IO, memory, and CPU extensive in nature. Some of the functions performed by data nodes are:

Now that we have a basic idea about the Elasticsearch Architecture, let us see how to Elasticsearch inside a Kubernetes Cluster using Helm and Terraform. Before moving forward, let us go through some basic terminology.

Kubernetes: Kubernetes is a portable, extensible, open-source platform for managing containerized workloads and services, that facilitates both declarative configuration and automation

Helm: Helm is an application package manager running atop Kubernetes. It allows describing the application structure through convenient helm-charts and managing it with simple commands

Terraform: Terraform is a tool for building, changing, and versioning infrastructure safely and efficiently. Terraform can manage existing and popular service providers as well as custom in-house solutions

First, let us describe the variables and the default values needed for setting up the Elasticsearch Cluster:

For the sake of simplicity, I will assume that you have a working helm installtion. Although, you can still go over to the Github Repository to take a look at how to install helm and tiller onto your Kubernetes cluster using Terraform.

Let us take a look at some of the important fields used in the following helm release resources:

Manage Redis on AWS from Kubernetes

Filebeat config on k8s after switching to containerd

Once suspended, _notanengineer will not be able to comment or publish posts until their suspension is removed.

Once unsuspended, _notanengineer will be able to comment and publish posts again.

Once unpublished, all posts by _notanengineer will become hidden and only accessible to themselves.

If _notanengineer is not suspended, they can still re-publish their posts from their dashboard.

Once unpublished, this post will become invisible to the public and only accessible to Ambar Mehrotra.

Thanks for keeping DEV Community 👩‍💻👨‍💻 safe. Here is what you can do to flag _notanengineer:

Unflagging _notanengineer will restore default visibility to their posts.