All code snippets posted are under the MIT License

So does it really matter?

So what are the advantages?

Let me show you what I mean: 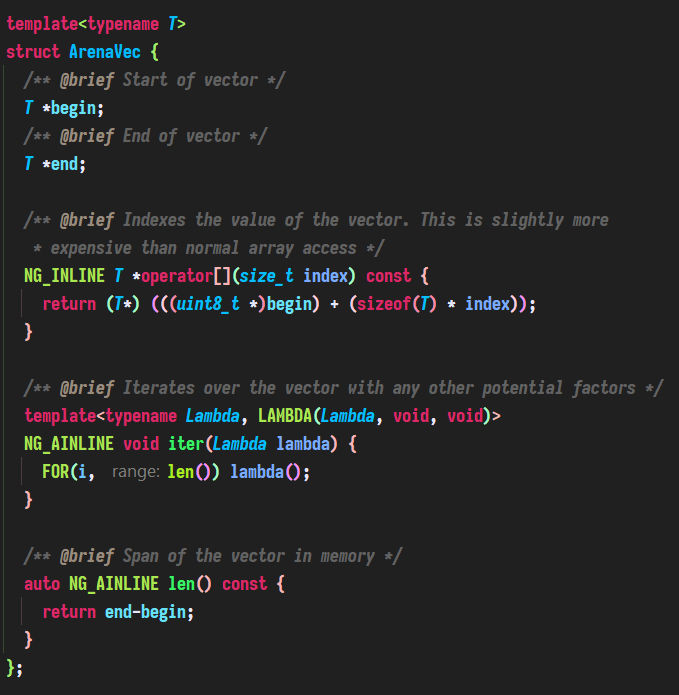 What does this do well? It has a vast amount of colors that is easy to differentiate parts of the program immediately, it is not just about I have highlighting, but it really tries and brings out different parts of the program. I can easily point out macros, class variables, parameters, and functions almost instantly through this highlighting.
But for some, this might be overkill in colors, and you may prefer a softer tone.

Note: This is my opinion of course, but in general you should choose a theme that suits your programming style the best

Of course, this also depends on your editor's capability but other popular editors like Visual Studio Code, still provide support for semantic highlighting. But we can see clearly how this highlighting can improve the coder's experience and provides clarity. 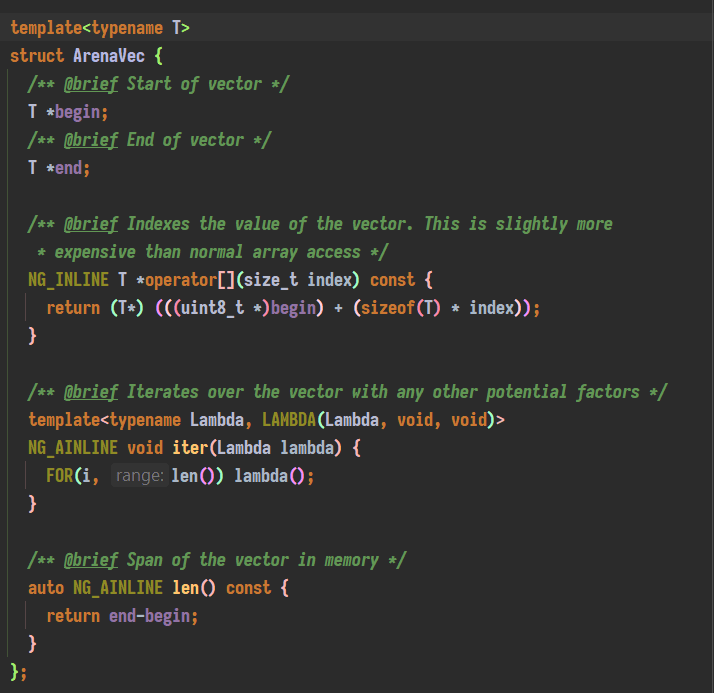 This theme is known as Darcula, JetBrains's default dark theme syntax highlighting, and while it does the job, is less colorful. Important type values such as size_t don't have clear highlighting in this example and can easily be overlooked as they have a very similar color to the delimiter tokens. This is not say it isn't a good theme, it is, and is far better than editors with only keyword highlights. What does it do well? It has a far softer theme than the previous example, and still manages to highlight important parts of the program.

In general, good syntax highlighting themes needs to be able to have ways of identifying important parts of the program, and JetBrains's IDE's usually give the programmer enough flexibility to adjust their highlighting.

My opinion is this: the making of a good programmer is one that knows how to use the tools available today to further increase their skills, and this includes something as subtle as syntax highlighting and font choice. You don't have to stick with something like my syntax highlighting, rather you should find the one best suitable for you.

Once suspended, aboss123 will not be able to comment or publish posts until their suspension is removed.

Once unsuspended, aboss123 will be able to comment and publish posts again.

Once unpublished, all posts by aboss123 will become hidden and only accessible to themselves.

If aboss123 is not suspended, they can still re-publish their posts from their dashboard.

Once unpublished, this post will become invisible to the public and only accessible to Ashish Bailkeri.

Thanks for keeping DEV Community 👩‍💻👨‍💻 safe. Here is what you can do to flag aboss123:

Unflagging aboss123 will restore default visibility to their posts.