Do you want to read some scary stuff? Not those campfire stories about ghosts and hexes, they are for children. Something really scary.

Now that Halloween is just around the corner, we decided to learn what frightens people most and asked our colleagues, friends, and relatives what fills them with dread and anxiety. So where do you think the scariest things happen? We found out: at work, where grown people spend eight (or sometimes more) hours a day. And that’s not a surprise: a missed deadline is a much more terrible thing than a spider jiggling in the web!

And, these nightmares are not a product of a vivid imagination, they happen in real life and make everyone shiver even at the very thought of them. Boo! 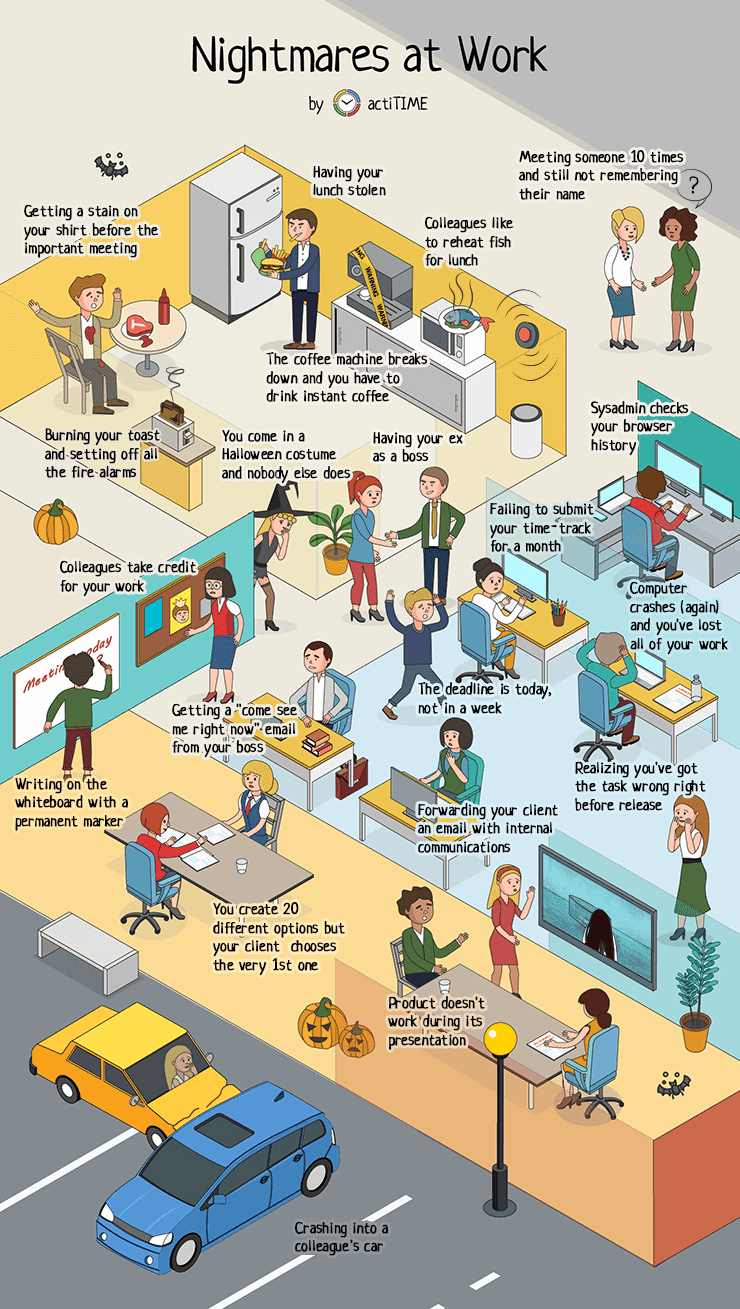 Of course, we have more of those office nightmares than we could put on one picture. So here are other short stories that inspire dismay, panic, awkwardness, and many other terrible feelings:

‘I should have thought of that’ nightmares

‘This can happen to everyone (but happened to me again)’ nightmares

How to increase developer productivity

Chrome Extensions of the Month - December 2022

Once suspended, actitime will not be able to comment or publish posts until their suspension is removed.

Once unsuspended, actitime will be able to comment and publish posts again.

Once unpublished, all posts by actitime will become hidden and only accessible to themselves.

If actitime is not suspended, they can still re-publish their posts from their dashboard.

Once unpublished, this post will become invisible to the public and only accessible to Anastasia 🏄🏻‍♀️.

Thanks for keeping DEV Community 👩‍💻👨‍💻 safe. Here is what you can do to flag actitime:

Unflagging actitime will restore default visibility to their posts.