XNA/MonoGame are great. You have such a wealth of classes at your disposable. There have been some great games made with it; Terraria and Magicka among them. But when you just want to visualise something that you're coding, well, it just seems too much effort.

Take for example my Circle primitive class for XNA/MonoGame. It takes that entire class just to render a circle. You'd think XNA would come with it, but no, not circles. OK, let's just make lines, it comes with easy lines doesn't it. Not really. It seems like they didn't really want to offer you a simple solution, instead leaving that stuff up to you. Which is fine if you're making a big application/game, but when you just want to get something onto the screen, there has to be an easier way.

And there is: Pygames for Python. I know, it's just icky high-level pseudo language right. They don't even use braces! But it's actually pretty good. It's easy, it's quick, and it's simple.

One thing I do like about XNA is the way the Game class is laid out. I find it really intuitive and nice. So I went ahead and attempted to implement this in Python using Pygames.

Bear in mind this is my first ever real Python script, so it might have a few no-no's in there. Also, you may need this font if you want to run this. Either that or change "../fonts/visitor1.ttf" to None.

Looks legit to me! 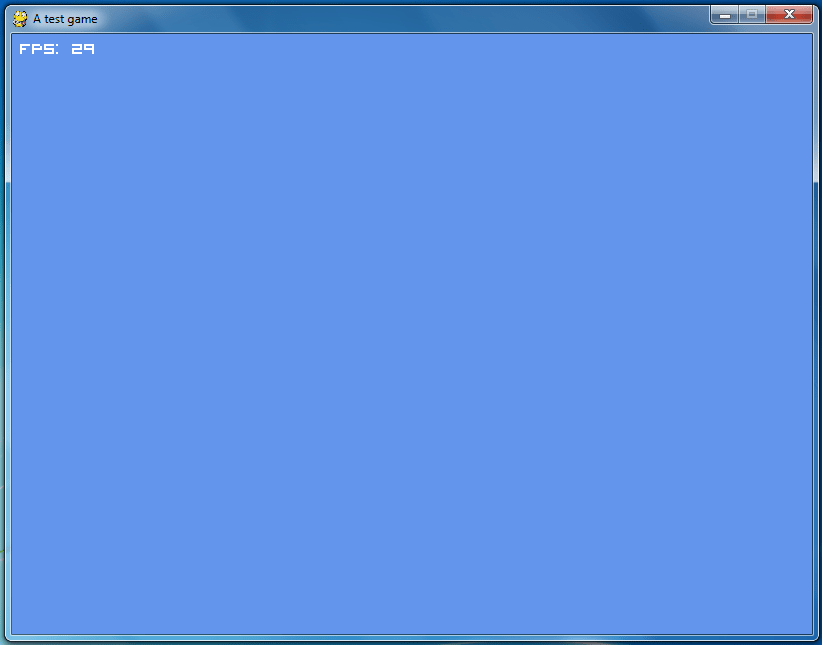