Releasing can be considered as the continue exposure of your project to the real world.

What you have been working on is about to be tested and used by people. Therefore it's really important that you have a good process on how you are going to deliver new features and bug fixes to your end users. Let's start by describing from a high level what is a release. 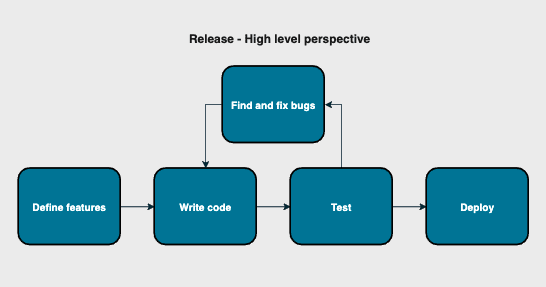 Following the diagram showed above, releasing is simple, right? Well...

There are certain pieces that are not described in the high level diagram, as:

Since any of the previously described scenarios can cause issues while releasing, there's the need of more than 5 bubbles/steps (described before) to act accordingly and prevent or address any disasters in the release process.

When you release your code to production unexpected behaviour can happen, the local simulation/test is never enough.

There are some techniques that have been applied by different companies trough the years. One of the most common is GitFlow. Which has the following high level structure: 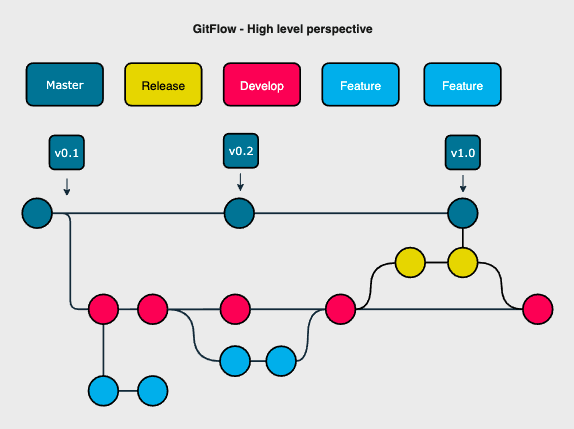 In this approach the release happens periodically, it's more in control and there's some period of code-freeze where the release candidate gets tested to be released. If something weird happens in the middle or after the release, bugs can be fixed as a hotfix or as part of the testing phase. 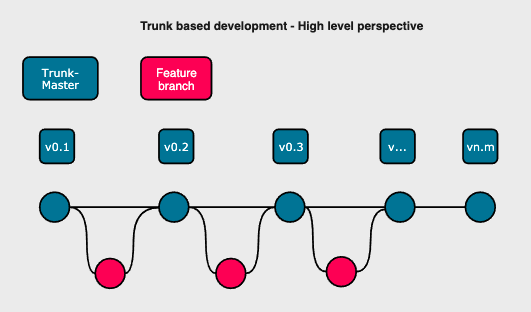 Trunk based development will always be release ready

Not because there's only one branch that means that you will blindly commit and merge code. There are some principles that need to be followed.

As there's only one main branch it should be production ready state, to guarantee that or to minimise any side effects, more automation is required, where the effort is to verify as much as possible before releasing, to accomplish it there are several levels of automation: