So since Vue cheat sheet series got lots of attention I decided to continue publishing these series and this one will be a little bit more advanced since almost all major beginner things are covered in the previous ones.

Some descriptions and code samples are from Vue.js official website. Visit Vue.js 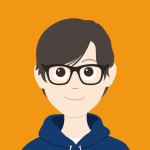 To be simple, mixins are just parts of your component stored in a separate file son it can be used again in other components.

As you see this has a created hook and a method called hello so now this mixing can be used in a component, like below:

So this will function as if you wrote those hooks and methods in this component.

Well in case of any conflicts between a components self-assigned properties or methods and the mixin's, the component it self will be in priority, see this:

The way Vue handles overwriting can be changed but we will cover that in the other cheat sheet.

A global mixin is no different than a normal mixin rather than its affection scope which will include all Vue instances created.

The method sayHi will be available for every component and Vue instance in the code above.

As you know directives are the way Vue handles DOM. For instance v-model or v-show are directives.

In order to define a directive you can do as below:

The focus directive will be available as v-focus and can be used like this:

So the input will be focused as soon as the component renders.

In order for your custom directives to be available throughout your Vue instance and globally you can define it like below:

Filters are simply used to alter a value and return it.
They can be used in both mustaches and v-bind directive.

To define a filter in a component you can de as below:

Then the capitalize filter can be used as below:

Or in a v-bind as below:

Global filters are no different than normal filters but they will be defined once and can be used in every Vue instance or component.

Vue router is used to design a routing system on the client-side using Vue.

Getting started with router

In order to start using the router you need to install it. These are steps:

It is recommended to install it using npm:

It can be installed by including the file as well:

After installing it, it is time to tell Vue to use the router. To do so you can do as below:

Your components which are bound to routes should be rendered somewhere in your page. This be declared as below:

Each route will have its own unique component bound. You can define your routes as below:

If you want yo push the routes to history of user's browser you should activate the history mode as below:

And then attach your routes to your view instance:

Note: If you are using the history mode, in order to redirect all your requests to your index.html file so Vue can take care of rest of it you should configure your web server. Unless, by refreshing the browser on a page, it will return 404 since that page actually doesn't exist on the server.

Router links are special since they don't refresh the page but only getting the component that is needed (and push the URL to the history in history mode) so it seems like a new page.

Instead of a hyper-link (a tag) you should use router-link as below:

Vue router is beyond just few simple routes and it provides some great ways of handling routes.

Dynamic routes are used to match a series of routes with some params to be acquired.

A dynamic route is defined just like a normal route but with a colon at the beginning of the dynamic segment(s):

Now by the route above all of links such as /user/adnanbabakan, /user/dev/ or /user/vue is valid.

The username can be accessed in the route component as below:

Considering the example above. If the user moves from /user/adnanbabakan to /user/dev Vue won't destroy the previous instance since it is already going to be the same component rendered again, thus the lifecycle hooks won't be called in order to react to any params changes you can watch the $route object like
this:

Every website needs a great 404 route. In a Vue Router we can define an asterisk * route at the end so it catches everything that is not defined.

Warning: The asterisk route should be defined at the end and after any other route. Unless it will match everything else and ruin your routing system.

In order to do so look at the code below:

Asterisks can be used to match another kind of dynamic routes. A dynamic route can only match the dynamic segments between two slashes / but asterisk can do beyond that.

Look at the route below:

So by the route above routes such as /user-adnan and /user-dev can be rendered.

By using the route below the $route.params will have a property called pathMatch which will include the part that matched the asterisk.
For example $route.params.pathMatch in the page /user-adnan will return adnan.

Named routes are used to access long route pattern with their shorter name.

You can define a name for it like this:

Note: When passing an object to to attribute you should bind it.

Some routes might have params as we had some examples above. You can define a name for them as well.

For example for the route below:

You can have this:

And in order to create a link for this you can have the code below:

As you read before in this cheat sheet you can create a router link using <router-link></router-link> but what if you needed to redirect user programmatically? Well you can do that by this code:

This code will redirect your user to /foo. This is especially used in a condition or other situations like redirection after login.

You can also use router.push() for named routes like this:

As well, router.push() can be used for redirecting with params, like this:

Routes can be defined to be redirected to each other. Like this:

A route can also be redirected to a named route, like this:

A route can be redirected using a function to evaluate the destination, like this:

If the target route has a param it can be passed to the destination as well:

A route alias means a route can have multiple addressed to be accessed from.

Now the route /foo can be accessed as /bar/ as well.

A route can have multiple aliases as well:

Adnan Babakan (he/him)
I'm Adnan Babakan and I'm from Iran. I started programming since I was 8 and now I'm 20. I love programming!
Call Parents' Methods in Vue! Or literally wherever!
#vue #javascript
Web Trends in 2021 [And Their FALSE Hypes!]
#webdev #2021
Vue 3 Cheat Sheet
#vue #webdev #tutorial