There are 3 different types of execution context in JavaScript:

Below is a sample code snippet demonstrating the execution context.

This is how it is executed internally from execution context's point of view. 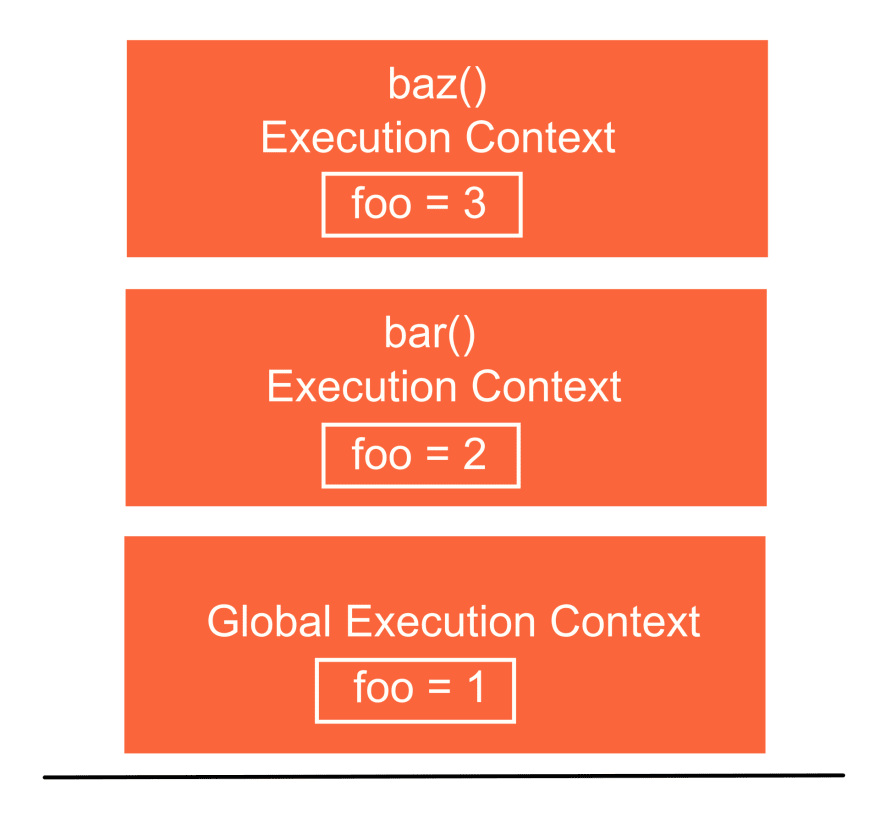 In computer science, a call stack is a stack data structure that stores information about the active subroutines of a computer program. This kind of stack is also known as an execution stack, program stack, control stack, run-time stack, or machine stack, and is often shortened to just "the stack". Wikipedia

A subroutine in simple words is nothing but what we call a function. Simply put, JavaScript has a single call stack in which it keeps track of what function we are currently executing & what function is to be executed after that. But first- what's a stack? A stack is an array-like data structure where you can add items(push) to the back and only remove(pop) the last item from it.

Woof!! those are some big words. I know it is difficult to digest the above piece of information, but be patient. Trust me, a piece of code and some visual diagrams will definitely make the concept clearer. So let's examine a piece of code.

Initially, before running any piece of javascript code, the execution stack is empty. When we run a javascript program/file, the javascript engine creates a global execution context and pushes it on top of the stack the moment your program starts executing.

Given below is a simple illustration of how it really looks from the execution stack's perspective. 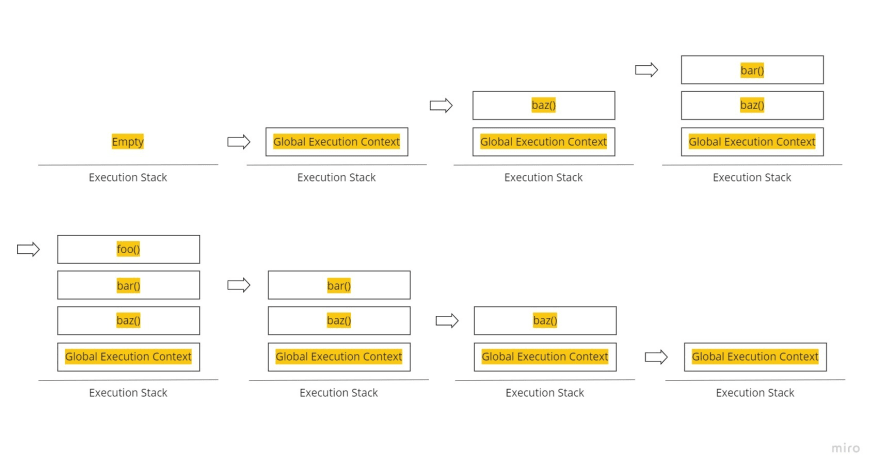 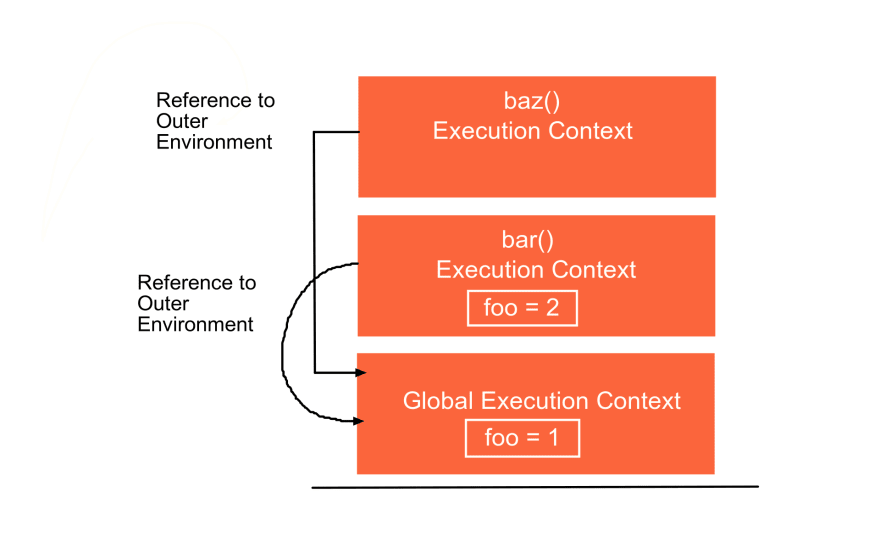 The outer environment of baz() happens to be the global execution context in our example. This is not the case every time. Consider the code snippet below:

Execution context had always been confusing for developers at first, especially those who are new to JavaScript. Visualizing these concepts and how they work internally helps simplify things making it a piece of cake 🍰. Knowing these concepts will help you know how & why javascript works the way it does. Do let me know if you guys have any queries or feedback for improvement. Hope you like it. Happy learning...😊

Once suspended, ahmedtahir will not be able to comment or publish posts until their suspension is removed.

Once unsuspended, ahmedtahir will be able to comment and publish posts again.

Once unpublished, all posts by ahmedtahir will become hidden and only accessible to themselves.

If ahmedtahir is not suspended, they can still re-publish their posts from their dashboard.

Once unpublished, this post will become invisible to the public and only accessible to Tahir Ahmed Tapadhar.

Thanks for keeping DEV Community safe. Here is what you can do to flag ahmedtahir:

Unflagging ahmedtahir will restore default visibility to their posts.