The Virtual DOM was initially pioneered by the React authors on the basis of making delarative JavaScript patterns performant - but how? To understand this, we need to quickly review how traditional DOM manipulation works.

Generally speaking, the easiest way of changing the DOM ("Modifying the HTML") is to mutate the innerHTML property on an element. For example, if I want to add a div element in the document body, I could do something like this:

This seems to be computationally performant, but it really isn't. While the action of reassignment is computationally performant, the DOM repaint ("Updating what the user sees") is not. This is because innerHTML needs to parse DOM nodes from a string, preprocess, and append it, resulting in less-than-optimal performance. The issues with performance are increasingly noticable when there are more children/attributes and when the interval of mutation is shorter.

So, how is this issue fixed? Well, instead, we do pinpoint changes to the DOM. For example, this solution would be almost 10x faster than the innerHTML solution.

While this is simple enough, once you start performing continous mutations, more complexity arises. This is why the virtual DOM was created - to allow you to write declarative content (like the string in the innerHTML example) while harnessing performance by making only pinpoint changes to the DOM.

The virtual DOM is a tree of virtual nodes that represents what the DOM looks like. virtual nodes are light, stateless, and are JavaScript objects that only contain necessary fields. virtual nodes can be assembled into trees, and "diffed" to make pinpoint changes to the DOM.

While this is efficient, it has some caveats. Notably, diffing is not computationally free. Traversing the trees have O(n^3) time complexity, meaning the more children, the longer the time it will take to perform the action. To solve this, Million was created. 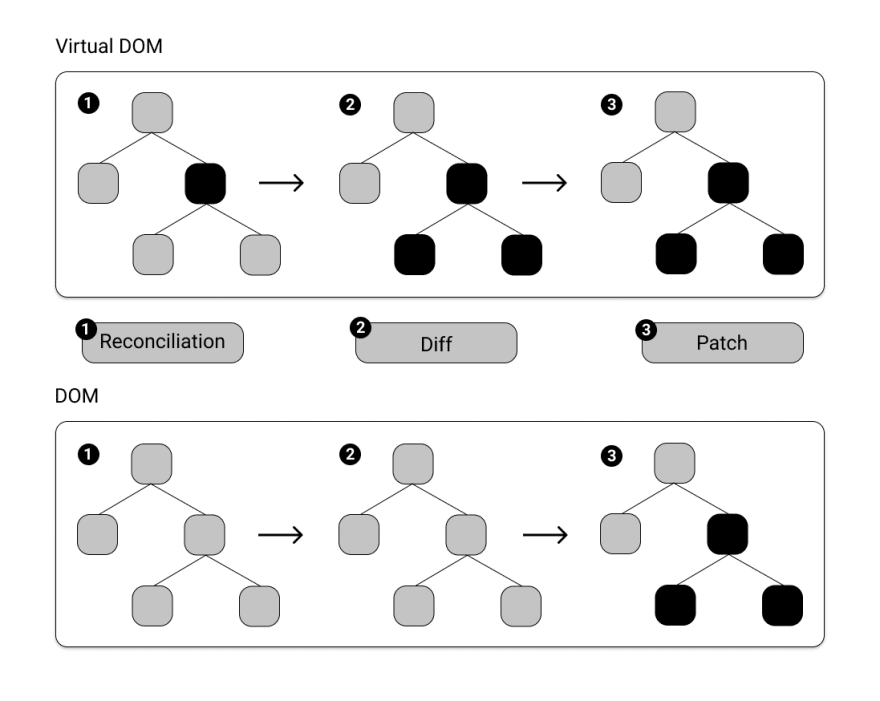 Read this article if you don't understand what the Virtual DOM is. 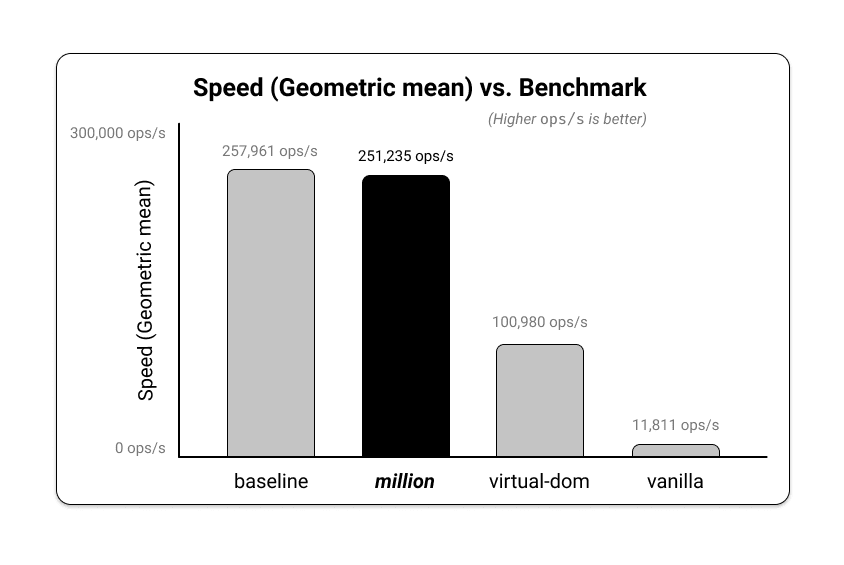 Thanks for reading! Drop a star to Million or follow/react to this article for more Virtual DOM content!

Once suspended, aidenybai will not be able to comment or publish posts until their suspension is removed.

Once unsuspended, aidenybai will be able to comment and publish posts again.

Once unpublished, all posts by aidenybai will become hidden and only accessible to themselves.

If aidenybai is not suspended, they can still re-publish their posts from their dashboard.

Once unpublished, this post will become invisible to the public and only accessible to Aiden Bai.

Thanks for keeping DEV Community 👩‍💻👨‍💻 safe. Here is what you can do to flag aidenybai:

Unflagging aidenybai will restore default visibility to their posts.