The Game Of Life, is a cellular automation devised by the British mathematician John Horton Conway in 1970.

The so-called game has no players, it's evolution being determined by its initial state, being required no more inputs. The objective is to see how an initial grid-based configuration evolves based on some conditions that are pre-implemented inside it.

Even if it may seem hard at the beginning, it's one of the fastest-to-implement and easy-to-understand visualizations.

How are we making it?

All we need is C++, SFML Library (for graphics, of course, who would like to see a game in a Terminal?) and a little bit of patience.

We start with a two-dimensional orthogonal grid array of cells (which are going to represent our life forms), being implemented in their own class, with not-so-many methods (all they have to do is to be able to draw themselves to the window, die, be born, and changing states in the initial-setup part of the game). 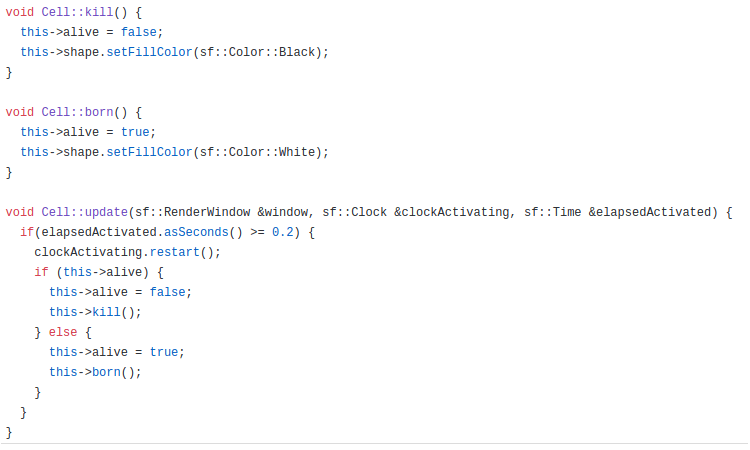 After we implemented the cell class, the rest of the game is easier than you might think. In the game-loop, all we have to do is just follow 3 steps: 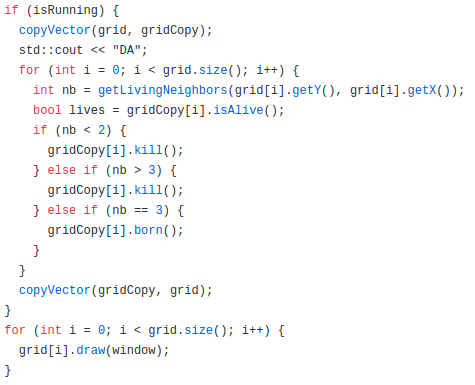 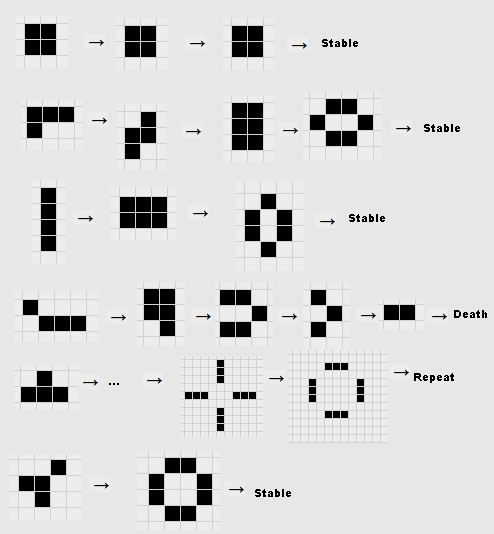 You can see the full code on GitHub and the practical demo of the application on YouTube. Have fun coding and, until next time, keep smiling, life is too short to have bugs!

You can find the original article on MY BLOG.