Team[TeamName] - from not having a name to making one.

This year was a productive one. Excepting the internship and finishing my first year in uni, I managed to participate in 20 hackathons, more than 75% of them being finished with a prize (mostly first).

How it all begun?

Take three wannabe programmers, give them a beer while having a discussion, let them find an ad about and hackathon a make them join. That's where it all began. We had no idea about how we work together, how we get along when writing code or how we think. We went to our first hackathon, an algorithmic-only one where we finished on the 4th position, considering the fact that none of us had a background in algorithmics, we had no access to the internet and we were forced to use only one computer. That's where the fun part came in. We managed to understand that we have a lot of fun working together, and we kept doing it.

The next hackathon, where we had to make a Mortal Kombat bot (which you can see in action here), we managed after long 24 hours to win the first prize. The smile came, we realized that this is for us. The next months were full of hackathons, the weekend after weekend, even 2 hackathons on the same day (a 24 hours one and a 12 hours one), one of them finishing with first prize.
We built everything that came in our minds, starting with Mortal Kombat bots, continuing with apps for monitoring pollution in smart cities, apps for monitoring people's movement in hospitals, a pair of AR glasses that displays on the lens the details about the car you are looking at etc.

What's the biggest realization that came from hackathons?

A startup. After 24 hours at the biggest bank in Romania, we managed to win the 2nd prize and get involved in a startup incubator with the idea. At the moment, it is in development, but for this, another article is coming ^_^.

In the end, I'll leave you with a pic of the best team that I've ever been a part of. 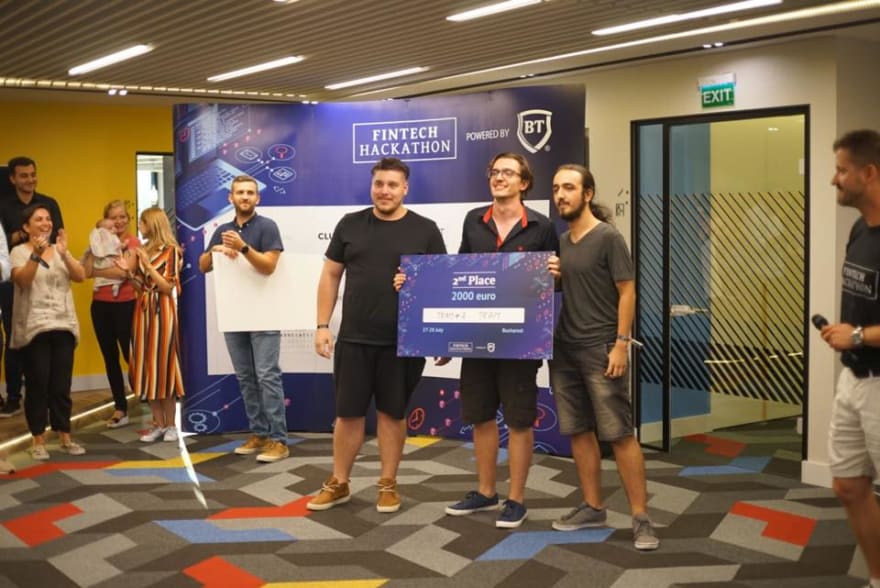 How do you work with computers and the web that is different from non-developers?

Ecosystem and Frameworks: My Role at Netlify