I'm working through an intense React.js course and I decided to take a break and check out some of the no-code platforms which have come into prominence again thanks to the recent launch of AWS Honeycode. I signed up for Bubble.io thanks to its tutorials and had my preconceptions shattered about what a no-code app could do.

One of the first projects of the React.js course I'm doing was the creation of a Giphy clone, so I was amused to find that creating a Giphy clone was actually one of Bubble.io's 3-minute tutorials. When I worked on this further as my own project I only had to spend a few more minutes to get the images to be properly sized for mobile:

A separate to-do list app that I worked on showed that no-code apps can have CRUD functionality. Indeed, Bubble.io's collection of tutorials include how-tos on creating no-code versions of major apps like AirBnB. 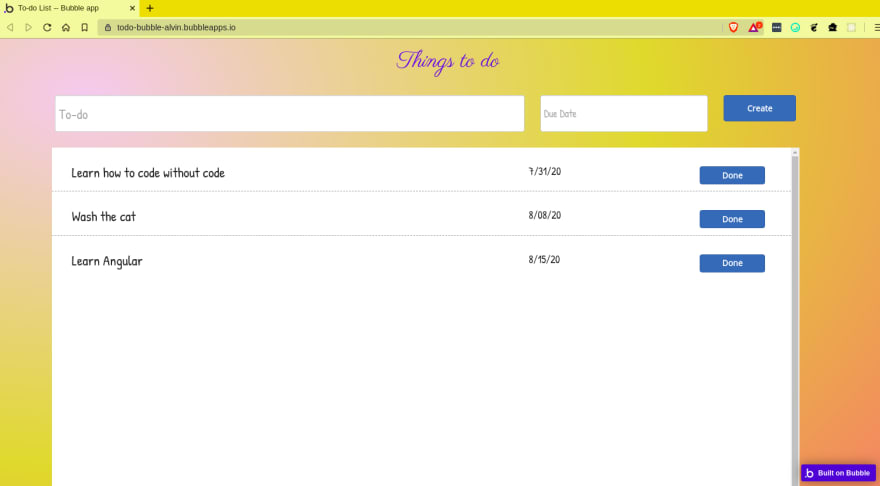 So what is the no-code experience like? As promised, there is no code -- you just wireframe and fill out how you want your app to look -- the inputs, buttons, images, etc. -- and then you click on each component to specify the back-end logic of how they should connect with the database, with one another, or with external plugins. Instead of code you use a GUI to describe the internal logic of your app. 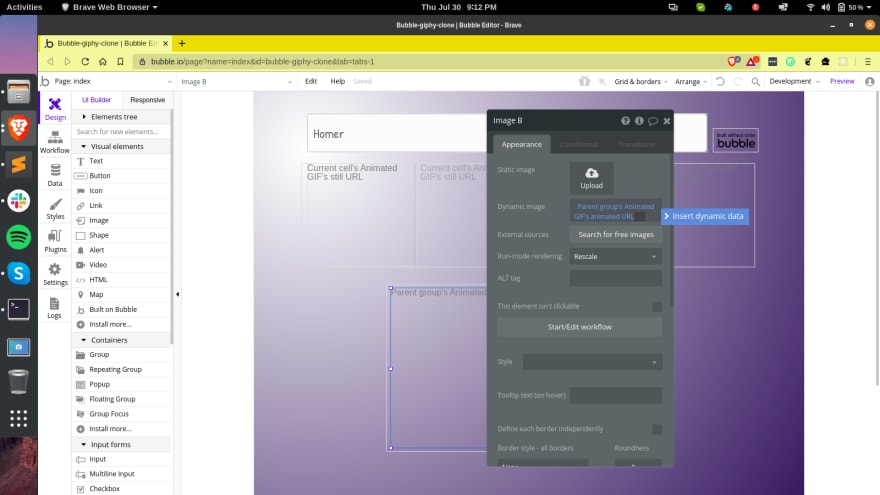 In that sense no-code programming is a natural extension of coding, since a successful no-code app will still need to have a consistent internal logic. Instead of a programming language, the coder's pseudocode will be implemented through the no-code platform's GUI. No-code can hence be seen as just a further abstraction rather than a radical break from coding.

While it's as yet unclear how far the no-code movement will go, given how quickly apps can be created and deployed on no-code platforms, this is definitely a tool that coders should have in their toolkits.